Vampires Are Forever (Argeneau Vampire Book 8)
*QUICK NOTE*: There is a scene I quoted towards the end that is a *slight* spoiler. While it doesn’t say what happened, or what will happen, it does indicate that one of the main characters was (or is) possibly in danger – but hey – that’s to be expected in vampire novel, so it’s no *real* surprise. I felt the scene was needed in my review to give you an idea of the emotional aspect of the book.

I would consider this one, one of my favorites in the series. While they are all quite funny and extremely romantic, each book has a little “something” that separates it from the others. This one portrayed heartbreaking emotion (and not just amongst the main couple), but within the family unit itself.

I couldn’t wait to finally read Thomas’s book. He appeared many times throughout the series to aid the couple in question, all the while, hoping to also find his true lifemate one day. While he is a cousin of the Argeneau crew, he interacts with them as a sibling (he was raised by his Aunt Marguerite, the mother of the Argeneau clan we have come to love so dearly).

He is the youngest of the crew (only a little over 100 years old or so), and the most modernized. While he has displayed more of a laid back, “surfer dude” personality, with no real goals, he is a true artist (a musical composer) which he keeps hidden from most of the male family members (that perceive him as young and lazy).

Bastien sends Thomas to Europe in search of his Aunt Marguerite (who has, uncharacteristically, not been heard from for days). He requests that one of his best, most organized employees (Inez) accompany him and aid him in his investigation. During his first day the hotel with Inez, Thomas finds himself obligated to feed from her (a last minute emergency) and while romantically distracting her, takes her blood with all intention to erase her memory of it after (she has no idea that they are vampires). To his dismay, when it is time to take the memory from her (she has just realized she has been bitten) he realizes he can’t read her, and therefore can’t influence her mind. Along with his panic of just being discovered, he also realizes she must be the lifemate he has been waiting for.

While Inez is locked in the bathroom panicking, Bastien calls, and Thomas relays the latest issue:

“I’ve just bit my lifemate,” Thomas snapped. “And she’s now locked in the bathroom, probably fashioning a cross and a stake out of the soap bars and anything else she can find in there.”

“Yes, oh crap.” Thomas snarled. “Bite her you said. Feed off of Inez so we don’t have to worry about you being tempted on the plane. Brilliant Bastien.”

“Well, hell, Thomas how was I supposed to know she would turn out to be your lifemate? Couldn’t you have tried to read her before you bit her?”

“Why the hell would I do that?” Thomas snapped. “I had no idea she was my lifemate.”

“Have you tried to talk to her?”

“What would you like me to say Bastien? Oh I’m sorry, Inez. I didn’t mean to bite you, my fangs slipped.”

“You could try reassuring her. Maybe explain about what we are.”

“I think she’s realized what we are,” Thomas pointed out dryly. “And judging by the fact that she’s locked in the bathroom, she isn’t happy with the realization.”

The whole section to follow is quite funny, and sets the tone of the book nicely. Inez’s curiosity of why he could not alter her her memory, has him scrambling to avoid her questions, since he wants to gently ease her into the “lifemate” suggestion, and doesn’t feel either of them are ready to tackle that subject yet.

“You really aren’t comfortable with this conversation are you?” Inez asked dryly as she hurried up the hall behind him.

Thomas knew he was being rude not measuring his pace to her, but he was almost desparate to get to their suite. He was sure if he could just slap a bag or two of blood on his teeth his mind would clear and he would know exactly what to say about lifemates and that she was his own.

He’d just stepped in front of the door to their suite when his phone began to ring. Tugging it from his pocket, he handed it to Inez.

“Say hello to Bastien,” he growled, turning his attention to unlocking the door as she flipped the phone open.

“Hello Bastien,” Inez said cheerfully. “Why can’t Thomas read my mind or control me and why is he so rattled by my question?”

The door clicked open, but Thomas hardly noticed, his attention had turned to Inez. The woman’s eyes were sparkling with amusement. She was aware of and enjoying his discomfort over the matter. Women!

Tee-hee! That part had me giggling!

Thomas’s gentle and caring nature flow throughout the book. He is unpretentious, and does not feel the need to hide his emotions from the people he loves. He is simply and unreservedly, a sweetheart .

“I’m mortal. You really don’t want me falling down these stairs and breaking my neck.”

“I’d catch you,” he assured her solemnly. ‘I’ll always be there to catch you, Inez.”

While they continue on their search for Marguerite, their friendship blossoms, and Inez learns more about their kind, and what it means to be a lifemate.

This installment, however, is not all love and sweetness. Inez finds herself in danger many times, and there are many very creepy (and adrenaline inducing) scenes ahead. While the mystery of what happened to Marguerite looms on, Inez has her own stalker who is intent on changing their plans.

There was one scene that perturbed me somewhat about Inez’s almost compulsive need to plan and organize, (I found her a little slow to act, on a seemingly desperate situation), but perhaps this was the author’s strategy in keeping us agitated.

I also found myself angry with some of the characters decisions, and hurt, along with Thomas, about the possible outcome of these decisions.

“You used Thomas’s lifemate as bait?” Lucern asked with shock when Bastien was done. “His lifemate? While she was still mortal?”

Thomas closed his eyes with gratitude at Lucern’s reaction, feeling vindicated in his anger. A lifemate was  as precious to an immortal as life itself.  Mortals could divorce and remarry and go through mate after mate if they wished, but for an immortal, a lifemate was a once-in-a-lifetime deal, or twice if they were lucky. And with an immortal that was a very long lifetime.

“Jesus, Bastien. What were you thinking?” Lucern scrubbed one hand through his hair with disgust and said, “I’d have killed you for even considering something like that with Kate. And I know damned right well that you never would have risked Terri like that.”

“I wasn’t thinking,” Bastien said unhappily. “I was so worried about, Mother…and I thought I could keep Inez safe. I though I’d considered every contingency.”

This novel is fraught with emotional turmoil, from all members involved (realistic turmoil, not just the self pitying “angst” kind). While it will touch your heart and make you laugh, it is also fear inducing, and heart wrenching. With every installment, I get to know each character better (even if they aren’t the focus of that book), and this one results in us getting to know them as a family. Hrmmm…yes maybe this one IS my favorite of the lot 😉 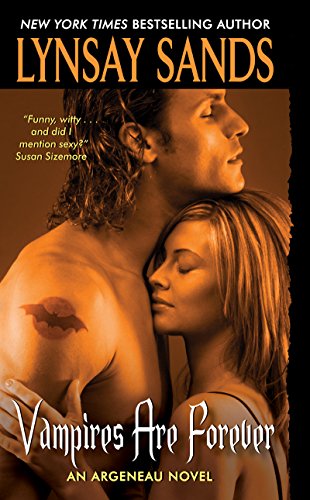 HI, i am so excited to read this book now! i actually bought it today but read the immortal hunter (Deckers book) first and thought id check out your review of Thomas’ book. I love his character and cant wait to read his and Inez story. P.S i also cant believe that Bastien would do that!