How could I possibly resist a cover like this? And that blurb CINCHED it for me. Reminiscent of one of my original favorites (The Golden Dynasty) – at least by way of Barbarian Warlord making a claim on her – and her not wanting anything to do with him), and I knew it was just what I’ve been looking for!

Maryse: OMG THIS WARRIOR KILLER JUST CALLED HER HIS WIFE AND TAKES HER… eeeeeeep!!! 😲😬 TOTAL BLURB JOLT!! It gave me a KA “Golden Dynasty” feel. 😀 I think I’m going to start it right now. I’m SO in the mood for the whole warrior MINE thing and that cover. *oooooomph*

Michele G: Yay! Looking forward to War…it really does sound a little like it has a Golden Dynasty vibe, Maryse. You totally called it. I’m even more intrigued!

Carly: I have waited FOREVER for war! Excuse me while I cancel all weekend plans so I can read it 🙌

Tessa: I’m enjoying War! 🙂 He is so Gah and even if God called upon him to do it, you can want to hate him easily. Then he does something sweet and again, GAH! lol Love that!

And yes, I completely read these out of order (I hadn’t read book #1 yet – despite how many here loved it), and while these are best read IN order (for the full effect of the devastation that the Four Horseman of the Apocalypse bring to the world), I wasn’t confused.

Could that really be War? But why wouldn’t it be him? Jerusalem has been the epicenter of several religions for centuries. It’s a good place to bring about the end of the world—it’s even been foretold that this is where the world ends on the Day of Judgment.

I shouldn’t be surprised.

Each book is about a different Horseman, his role in the progression of the end of the world, and his duty to serve God (no matter how appalling the duty may be). And of course… the woman that just might change everything for him.

No, life wasn’t always this way, but this has been my reality ever since the Horsemen arrived.

And that’s where this immortal Warlord, bent on destruction and killing… he meets his match. Of course… she wants nothing to do with “War”. In fact, she fights him tooth and nail, every step of the way. On the battlefield that is. She tries in her heart, but you know how that goes. 😉

Imagine the struggle of, not only being kidnapped by his army, having to swear fealty to the killing machine known as WAR (the very being she loathes that has been a part of her world’s destruction, and loss of her family, and fight for her own survival), only to be threatened to be killed if not.

It’s unfathomable. I won’t become the very thing I fought against today.

And then, he claims she is HIS wife. Not chooses her. Not asks for her. HE ALREADY KNOWS. He speaks to her in his Godly language. And she can understand him…

You are my wife.

That statement doesn’t process. Nor does the fact that I can actually understand him.

The horseman sheaths his sword, giving me a strange, fierce look.

He’s not going to kill me.

And she think he’s got another thing coming. 😉 They both do, in fact.

“I don’t want you as a husband, and I don’t accept you, and whatever your god thinks he wants to do with me and the rest of the world, I will fight it with my every last breath.

“Oh, and I’m not surrendering anything to you, motherf**ker.”

War gives a malevolent laugh, and despite myself, it raises the hairs on the back of my neck. “Fight all you want, wife. Battle is what I’m best at—and I assure you, you won’t win this one.”

A vigilante in her own right, she does everything she can to stop him, to make him understand, to have compassion, to choose love and not war.

But he is not a human, and he does not feel like humans do, no matter what he looks like on the outside. He has a job to do… one that he was made for, without conscience or doubt. One that drives him without without question, without fail… because it is God he is working for. It’s his sole purpose.

“My job isn’t to earn their loyalty, it’s to judge their hearts.”

War stares at me for a beat before he says softly, “Your heart is largely an enigma to me. But we shall find out the truth of it soon enough.”

And so the fun begins!!!

Now… skip this next part if you want to go in blind. I don’t spoil it, but I do analyze my feelings over the story as a whole…

It was great!! Lots of push-pull between these two, from very horrid and devastating moments (it can get pretty dark and scary – one awful scene that has marked me for life…) as well as tender moments that show us that maybe, just maybe, love does conquer all.

His eyes are like honey when he says, “Stay with me, Miriam.” His hand flexes against my side. “Sleep in my tent. Make your weapons. Argue with me.”

I search his face. If only he knew just how tempting his words are to a lonely girl like me.

And to be honest, it was pretty funny at times too. I mean laugh-out-loud chuckles and grinning, which brought some much needed relief to this darker read. Like when she tried to lift his sword.

F*ck, this thing is stupid heavy.

Why does he need to have the biggest sword of all? So dumb.

I did need to take a break from this book in the second half, as I was frustrated with her. Nope… my fury was not only at him. I struggled with her constant internal turmoil and insistence on fighting (in EVERY way). I was at times, exhausted being in her head. Despite her worthy cause and her soft heart (<— so sweeeeet!! You’ll see) 😉 , her warrior stance, persistent outrage, rebellious nature, and her constant need to run had me putting it down.

And while I understood her plight and where she was coming from, I was also frustrated with her for a few very hurtful things. My heart ached. Though… isn’t that what I love about these? It is.

But I wanted to know what happened, and I’m so glad I picked it back up. I came back, having gained relief from her (and his) constant fighting. I devoured the rest, held my breath, gasped, was on the edge of my seat and was so stressed!!! But the good kind of “can’t put it down right now” stress. It actually turned out to be fabulous!! I ended up loving it, and the end was amazing. I surrendered. 😉 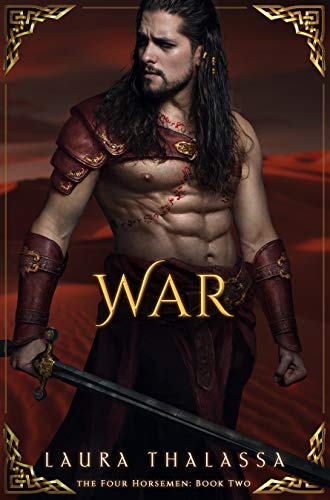