Wild Reckless
<— Fabulous new book alert!!! It totally sparked my interest on release day last week. After all, the blurb insists he’s a mean one…

…It didn’t help that her neighbor, the one whose eyes held danger, was enjoying every second of her fall…

Whoa. You know I can’t resist the journey and the heartache while trying to crack through those hardened hearts. I was intrigued… and I wanted to play. But what cinched this one as my next read was Tracie’s reaction after she read it. She L-O-V-E-D it. Freaked over it, and she and I have very similar book tastes. I knew it was for me.

Tracie: Maryse I finished Wild Reckless by Ginger Scott and omgeeeeee!!! I can’t say how much I loved this book!! Has to be her best yet! It had everything from the first to the last page. You will feel everything! It’s a YA story but it isn’t sugary sweet, these characters deal with some pretty heavy stuff. And the intensity didn’t let up the entire way. READ IT PEOPLE!!! … this book was so good I wanna use a megaphone

MEGAPHONE, people!!! Yep… she’s screaming it from the rooftops!

Sure enough… she was right! It had just enough of the initial push (lots of push!!), right enough from the start, delightfully titillating me. I believed it. He was a total… ugh.

You know the word I wanna say here. Making out with random girls here, there… everywhere. Not caring about anyone’s opinion and acting in a way that you just knew he ruled the roost. And it’s when “new girl” (aka me!!! I mean us!! I mean HER…. 😛 ) shows up and catches his eye (but NOT in a good way) that had me hooked.

Wait!! I know she said YA (’cause they are in their last year of high school), but it has much more of a “new adult” feel, ’cause they’re both 18, and preparing for college. And it gets STEAMY!!!!

What a start… TRAGIC. My heart bled from the very first sentences. I just knew we were in for heartache, and so… knowing this, you can’t wait to find out just who he is now.

And you know how it often takes me to about 25% of the book to finally be “in” and sometimes it takes me even longer? NO issues with this one. I was into it, right from the very start (and I mean INVESTED). Excited. Nervously captivated!!! Nervous… maybe even a bit scared, but I indulged in every minute of my trepidation.

Kensi is a…. hrmmm… music virtuoso but a totally normal “high school” kid. She plays classical piano, and follows in the footsteps of her demanding and distant father, a concert pianist. He has big dreams for her but is fairly unyielding, and it’s wearing on her. They move to a new city and it’s not long before she realizes her next-door neighbor is NO gentleman. In fact, he’s an absolute jerk with the constant smug expression and king-sh!t attitude. And EVERYONE appears only toooo happy to be one of his subjects.

There’s just something about him…

My new neighbor keeps his back to me the entire time, his focus on the slow dribble of his ball. I give him a good long stare as I push my ass into the door a few times, my free fingers fumbling for the handle, desperate to get it open.

“Thanks for helping,” I whisper again, following it up with the word a$$hole in my head.

Suddenly, his dark eyes are on mine, and I would swear he heard me with that smug smirk that creeps into one cheek. The ball never stops moving. He’s operating completely independent of the hypnosis he’s attempting to put me under – the soft squint to his eyes somehow making them more ominous. I’m not quite sure he isn’t evil. And I’m also not quite sure that this hypnosis isn’t working.

Oh that’s right. That something? He’s an ass!

Maryse: So far? I. Freaking. Love it!!!!!! It gives me a feel between Beautiful Disaster and Bully. And it doesn’t have a high school feel. It doesn’t read like one… if you’re thinking “young feel”, you know? I’m still in the first part but he is a JERK!!!!! And she has his scary-mean down really well. It doesn’t feel like he’s just play-acting the hateful mean jerk… he’s got that darkness to him and he makes me nervous which is SO fun!

Maryse: Tee hee Amy!!!! But I LOOOOOVVVVVE HIM!

And oh how they irritate each other. Publicly. But all of it so realistic. And shocking her new friends… and his.

A guy who scares me, and who knows where I sleep at night.

Too bad for her, she was stuck in so many of his classes. LOL!

…and for a flash second, something happens to his eyes – they grow dark.

And then… something happens (you’ll see) and she shocks him so profusely (her audacity!!) that the fun really begins… he’s met his match.

And so does the heartache. In all sorts of forms.

“He looks like he wants to run,” she says,

“That’s because he does,” I breathe, before pulling my arms around my body tight, covering my hands with my sleeves as I step closer to my lost friend…

Tracie: He’s so swoon worthy I can’t stop thinking about them!!

I know it’s sometimes frowned upon to make book comparisons. But I can’t help it. I just want you to understand the fun “romance thrill” factor of this one. The “old-school” new adult feel that it brought me back to, back in our “new indie” days.

‘Cause it gave me that “Slammed” feel (the family and friends), with a touch of “Easy”. BUT to give you an idea of the thrill it was giving me… picture that initial… “Twilight” feel (remember in the beginning when she was in the cafeteria and seeing “him” and his crew). And for that matter… Beautiful Disaster, too. That awesome feel when the two main characters (that don’t know each other yet) meet by accident, and “Cocky McCockerson” has some retort (or no retort but a smug look on his face)… grrrrr!

Owen was ALL that and he directed his cockiness right at poor Kensi. But she has quite a few of her own hilarious cocky moments, shocking the heck out of her crew, and definitely pushing his buttons. Those that nobody dared push before.

“Jesus H Christ, Kensi!” What’s wrong with you?” Willow asks. She pulls my arm back down, but I keep my eyes on Owen, staring into his grey-blue eyes – eyes that look like a wolf’s. “What are you doing?”

And they continue “hating” each other (or at least one does), and antagonizing each other until something happens when the enemy suddenly becomes the savior of sorts. And now they can’t hate each other anymore. So now what?

Circumstances dictate the rest. Those very things they used to try and hurt each other, might just become their bonding agent.

And you know those delightful moments when the absolutely unattainable… untamable cocky bad-boy and the good girl… the new girl, walk hand in hand down the hall and canoodle in the cafeteria, and everyone’s jaw drops? OH YES! More of that. I know we’ve read that before, but done right, I could read that over and over again.

And this one? DONE RIGHT! My only wish was that there was just a littttttttle more of that initial push. Just a little more “war”… just a little longer to really frustrate-excite me. 😉

P.S. Thank you to the author for sending me a review copy! I loved it! 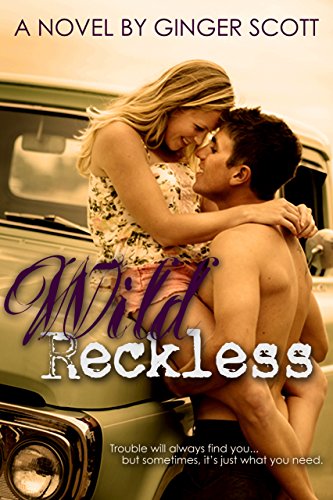 Thank you so very much for reading – so glad you enjoyed it! <3

I’m not quite 70% yet, but it has been so fun. I loved the moment when he is parked next to Willow after school waiting. It also has those little moments I enjoy like when he is walking by her desk and just skims his finger over it and her hand.
So, far the only tiny little thing I can say would be I wouldn’t have minded a few more interactions and accidental meetings between them while she is still completely unsure of him.
Ha, just scrolled up to re read something and saw your final paragraph, so basically what you already said.

the finger skimming YESSSSSSSSSSS those little details and touches that the author includes makes it all so visual and real.

I am so mad at myself. Got sucked into a trilogy. Finished Manwhore, loved it and now have to wait a few months for book #2. Why do I do this to myself? Yes, in case anybody wants to know there is a cliffhanger. Great book but a little pricey.

Loved loved loved this book. Got a crush on Owen…. Sigh sigh !!!!

I think this will be next for me…. sounds great! I kinda skimmed your review for now…..I like to go in somewhat blind!

Wow Maryse, you make me want to read it… I love your review and thank you for including us girls since every book we read we are the heroine…

Ugh, yet another for my tbr. Starting a war? With a big hot jerk? SO INCREDIBLY IN.