X
You are here: Home / My Book Reviews / Book Review – You’re The One That I Haunt by Terri Garey

BEWARE —> IMPORTANT – do not click on the quick “devil” picture links below if you are easily frightened. I don’t wanna give anyone nightmares or anything

You’re the One that I Haunt (Nicki Styx, Book 3)

Yayyyyyy Sammy! I mean…Boooooo Sammy! Nobody should ever cheer for the Devil (what was I thinking?) 😉

It’s so hard to see Sammy as evil (and THE Devil, for that matter), considering my first intro to the Devil as portrayed in The Exorcist (best horror movie of all time, BTW). Yup, I had to keep reminding myself of that while I crushed and melted every time Sammy came into the picture in this one.

He gave me a wicked smile. Evil personified, yet I couldn’t help but be drawn to him. Answered to no one, did as he pleased. Flawed, yet glorying in his imperfections – his raw sexuality was a huge temptation, and he knew it, dammit.

Sure, he’s sexy, sure he’s showing his “softer” side to Nicki, but Maryse, let’s not forget…he IS trying to entice her to join him in Hell. And…what if he showed himself as this? There you go Maryse…THAT’S the Devil. That has always been my vision (brought up Catholic, the Devil could only be this way), so excuse me if I get a little confused in this book 😐 And remember Maryse. Even if the devil did look like Sammy…

The devil catches most souls in a golden net. – German Proverb

Okay, so now that I think I have sufficiently chastised myself…

Sammy is a main event in this one, and yes, we do develop a sort of “sympathy for the Devil”. Eeeeeek! (clutching my imaginary rosary as we speak). Apparently more chastising is needed 😳 But the story is awesome, and *cringe* I hope we see more of this character in future books.

Apparently, Sammy is not over Nicki’s rejection from Book #2, and while he cannot force her to join him (she must be willing), he can either tempt her into making the wrong choice, or make her life very difficult so that she eventually does.

“Come over to the dark side, Nicki.” He’d smiled, as only Sammy could, as he’d taken possession of me in his own way. “We have cookies.”

In this instance, he sends an angry recently deceased young ghost (Crystal) to terrorize Joe (Nicki’s gorgeous human, doctor boyfriend). In fact, Joe was the doctor in charge while she was pronounced dead, and she is convinced he didn’t even try to save her. She hates him. She hates everyone. She especially hates herself. And Sammy, being the Devil and all, made a bargain with her. Revenge in exchange for ruining Joe’s life.

And poor Joe is being haunted. His career is put in question, his patience with Nicki’s whole “Sammy & Dead People” situation, tested, and Nicki’s insecurities over the whole thing put her on a whole ‘nother level.

What a guy. I smiled as I headed toward the parking lot, remembering how safe I’d felt in his arms.

Where once, she kept her heart closed to anything that might break it, it is now open and vulnerable, and she fears for it the most.

While Joe is being harassed, Nicki, too, is being confronted by evil from all angles. Whether it be the angry ghost, Crystal, or human scum, Sexy Sammy, or a local Wiccan group intent on teaching her a lesson, Nicki’s life (and love) is a jumbled mess.

LOVED this book. I giggled incessantly at the funny moments (and there are tons!):

“Um…” Amy gave me an eye roll in Sammy’s direction, the girly equivalent of a request for an introduction. She seemed oblivious to the tension in the air.

Trapped between Sammy, Joe, and a bony, hostile ghost, I had a sudden insane urge to giggle.

Amy, this is Satan…Satan, this is Amy.

My heart was in my throat the entire time, and again, Sammy stole the show, for me.

“It’s part of my punishment, you see.” His lip curled in a way that was already disturbingly familiar. “Lust is what I chose over Paradise, so lust is now what rules me.” He glanced down at his lap, and added, “Even as we speak.”

I refused to look. I wasn’t going to look. My eyeballs would burn in their sockets before I looked.

Yup, this book has everything. Passion, comedy, love, life, affection, and eye-opening situations, for everyone involved. Even you.

So of course, it’s obvious that I’ve immediately headed into book#4, (a quarter of the way through) and so far…no Sammy? Awwwww *pout*. But it’s now Joe’s turn to be stalked by a sexy succubus, and Nicki’s got a reason to worry. I’m so into this!

So click here and tell me…am I bad…I mean (*blush*), is Nicki bad for crushing on Sammy? Have you read the series yet? 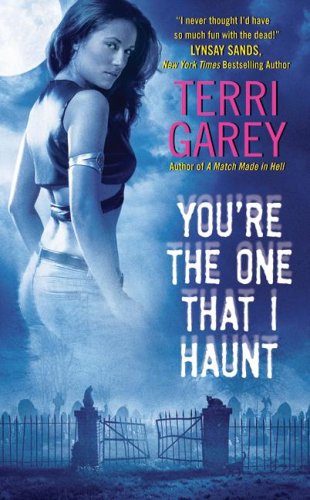