The Marriage Bargain
Fantastic little read when you need something lighter, in between “moodier/darker” books. This one had a bit of everything. Misunderstandings, arrogant behavior, laugh-out-loud funny moments (plenty of those), jealousy… and the much needed constant temptation. The potential romance that constantly hovers right on the edge giving the reader little stomach flips.

And what made it even more appealing was it had that “Fifty-esque” feel to it. Well, not like *that* and not that deep, but…  I recognized a few similar thought processes and reactions in this hero that had me fuming at (or wanting to cuddle) him like I did “Fifty“. Of course there is the most obvious similarity (a contract between two attractive people, with the unattainable, controlling male, seemingly holding all of the cards).

He’s rich, powerful and a control freak (but of course, aren’t they all!!! 😉 ). He needs to marry to receive a certain part of his inheritance (the one thing that will allow him the freedom and creativity to run his company the way he wants to). And with it comes the “unlovable” aspect. Sidenote: What is it with me and all of these gorgeous, unlovable (but totally lovable) guys these days? Oh right. I’m into bad boys. *grin*

Yep. My desperate search for the next Christian Grey has me knee deep in insecure, detached, arrogant, emotional wrecks. But I’m still loving watching them process and resist the unavoidable. Fight it tooth and nail and finally loose the battle by giving in to it, only to have the EXACT thing they were once worried about (causing them to deny love in the first place) happen.

So here’s the gist of it.

Gorgeous (but humble) Alexa is looking for true love. After a bad history with romance, she casts a “love spell” (but it’s not paranormal and she’s not a witch), to ask the universe to bring her her soulmate.

Alexa didn’t think her last-ditch attempt to make a love spell to lure the perfect man to her door was going to help.

Her mouth fell open. My God, was it him?

(BTW – this whole start of the book was fantastic! Had me giggling like mad, prompting a HUGE smile from my husband, considering HE found me the book!! He saw all of the great reviews and insisted I download it ASAP!)

She had a list of all the qualities she was looking for in a man (and OMG her best friend’s reaction to her list, and how she prioritized it was hilarious!!! You’ll see…) and the last thing on the list was that he had to have a certain amount of money (she listed an exact amount) because she needed it to help her family out of a bad situation.

Her best friend decides she can help! Oh boy. This had me groaning in agony (and delight) because WHO she decides to call is her sexy, arrogant and RICH brother (Nicholas) also looking for a wife (but for the complete opposite reasons). He too, had a “requirements” list, but one that insists the woman solving his “inheritance problems’ must NOT fall in love with him, must not be the emotional type, must understand and completely agree with the contract, etc etc… and be outta there in one year.

He intended to offer many fringe benefits, but he wanted the marriage in name only. No sex equals no jealousy. No overly emotional woman equals no love.

No messiness equals a perfect marriage.

And to make matters worse, Alexa has always had a HUGE crush on him (since they were young). But he broke her heart once as teens. So obviously she’s gonna have a chip on her shoulder (and yet be the COMPLETE emotional opposite of what he’s looking for in a woman). HA!

Nick Ryan was all hot-blooded man – and still looked at her as Maggie’s playmate. When their eyes locked, there was no recognition, no appreciation. Just a distant friendliness afforded to someone from his past.

Well she’d be damned if she let her tongue loll out of her mouth just because he was attractive. His personality still sucked. The big B for boring. The big D for dull. The big…

She pushed that thought out of her mind.

Alexa hated the fact that his presence made her nervous and a bit giddy. One week ago, she’d cast a love spell, and Earth mother had listened. She had her money and could save her family’s home. But what the hell happened to her list?

The man before her struck out on everything she believed in. This was no love match. No, this was business, pure and simple, and so very cold.

Sure some of it was predictable, but there were still moments I was anxiously anticipating, and a few surprises along the way. While this one didn’t necessarily make me *squee* in delight, dream about it, or want to re-read parts over and over again, it was an overall satisfying, solid read, that gave me a few thrilling stomach flutters. I would say the only tiny drawback was…hrmmm. How do I say this? Every once in awhile, I found the descriptive quality of the writing a little over-the-top. While all of the characters in action, (talking, yelling, laughing, etc…) felt real, believable, I was distracted by the author’s attempts at “setting the scene” (or on occasion, the character’s introspective moments). Just a tad overdone, or too “pretty”… breaking up the more realistic rhythm and flow of the story.

No, but seriously. It was definitely a fun ride! And the funny stuff kept me chuckling throughout. It wasn’t necessarily a comedy, but it sure had it’s comedic charm.

Good enough to give it 4 stars! Nice cover, huh? That always helps. 😉 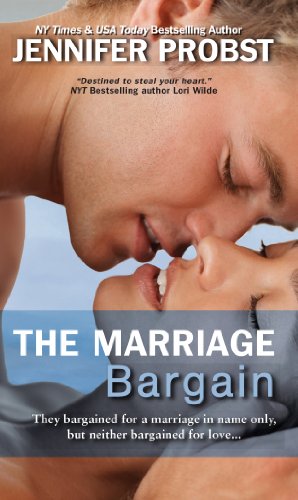 It sounds like a wonderful book. But,Maryse could you give me a few more titles to read about “dark bad boys I am currently loving those:)

I thought I had put this in my Nook but I don’t see it. Thanks for the reminder.

Kathryn, it is definitely worth the read!

Please send me the link you sent to Gail. I think I’m up to date but don’t want to miss anything. The new review sound great!!!! Say THANKS to your husband for us.

Beverly – it was just a link to the bad boys & rock stars category. 😉 Lots of good stuff in there that she hasn’t read yet.

Jeesh I kinda like sex, lies, and contracts. ( blushing)

Yep Maryse,
Good read, with a definite bad boy. Love it when those boys come around!

I read this book awhile back and I loved it. Another bad boy tamed by a good girl:) But really, how many times can a couple almost have sex but have so many second thoughts and interruptions?!

This book is so good. I haven’t laughed so hard in a long time as I did with the dogs! OMG that was hilarious:) Great recommendation!

I finished this book a couple of weeks ago. It was a great summer read!

Awwww….what a wonderful story (a little short for me as it only took me a few hours to read) but so cute…made me giggle, gave me butterflies and even brought tears to my eyes…great read! Keep up the awesome recommendations Maryse!

So glad you enjoyed it Shan! Very sweet, for sure. Now… on to Beautiful Disaster!!

Oh Maryse! I did move on to Beautiful Disaster and….WOW…just…WOW…It only took me ALL of Wedensday to read and though I said I would give it a few days for the “re-read” I couldn’t, I started it again this morning…I have NEVER felt this emotionally connected to a book…I can’t wait for Walking Disaster!!!…Thanks again!

Just finished!! So good!!! I loved the whole concept of the book! The room full of dogs cracked me up!!!! Thanks for the rec…once again!

Is it a single book?!