X
You are here: Home / My Book Reviews / Guest Review (my sister!!) – Revealed (Brides of the Kindred Book 6) by Evangeline Anderson

Pursued Brides of the Kindred 6

That’s it! Baird, the Kindred with whom I had fallen in love with in the first book of the Brides of the Kindred series, has now been replaced by Merrick. He’s scarred, both inside and out, and he’s HUGE, much bigger than his Kindred brothers because he is a half-breed, a mix of Tranq and Beast Kindred. He is so violent that he terrifies most people that meets him, even some Kindred warriors, except the lovely, very petite Elise, which he found in strange circumstances.

Never in his life did he ever think that his condition would allow him to bond with a female, but he does. The sad thing is, it is a different kind of bond, one that could kill them both!!! So they set a course to Rageron, my dear Baird’s homeworld (of course… he’s still one of my favorites!) to get the only thing that can cure them. Elise puts them in such great peril, over and over again, that you want to slap the woman… but you can’t because you get WHY she’s acting like she does and you cannot do anything but love her too!

This time, both characters have secrets, deep ones, horrible ones and Evangeline Anderson puts them to the test like no one else. She did it!! This author actually made me cry and I HATE it when I cry because of a book! Damn Goddess you Evangeline! Ha ha ha

I’m not going to tell you the end of course… but WHOA was it a great thrill for me… some people deserve meanness and Merrick is the BEST one to oblige… A super 5 stars for me!!! On to the next book of that incredibly interesting series!

P.S. Thank you to the author for sending me this review copy. 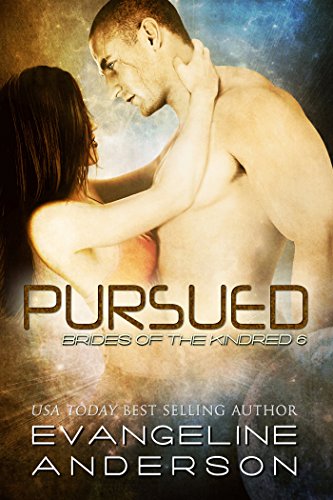 Thanks for another amazing review! Let me know if you need review copies of the other books as well.

Thank you Evangeline! I will contact you as I go through the series. I love your books so much that it is a real pleasure to read and review them.