X
You are here: Home / My Book Reviews / Lily’s Book Review – How I Found the Perfect Dress by Maryrose Wood

How I Found the Perfect Dress
Hello followers of this blog. This is your faithful progeny Lily, reporting yet another book to you. I read “Why I Let My Hair Grow Out” by Maryrose Wood not to long ago, and liked the book. Now I am not in love with it, but I do like it. This is my first official book of 2011, and I hope this doesn’t start a precedence of “ok” reading. As a matter of fact I know it won’t because Fever comes out in 3 days people! 3 days! Ok, sorry, I’m a little excited about the Fever Finale. What was I saying? Oh, yeah Maryrose Wood’s “How I Found the Perfect Dress” book two in the Morgan Rawlinson series.

When we last left Morgan, she had discovered she was half goddess and had fallen for her hunky bike tour guide in Ireland. Now she’s home and it’s Christmas time, but she’s not finding what she really wants under the tree this year:

No doubt there were some presents for me under the tree too, but not the one I wanted: about six feet tall, with heart stopping cornflower blue eyes and a tendency to use off-color Irish slang when excited. His name was Colin. I’d fallen for him like a ton of shamrocks last summer when I was in Ireland, but he was twenty and I was sixteen and no fekkin’ way his attitude about that. Plus he lived on the other side of the ocean, and not even Kris Kringle could swing that kind of Christmas surprise.

Slightly depressed, and with lots of family turmoil rolling in her home the last thing she is looking forward to is prom, but since her best friend is on the committee she is sort of dragged along for the ride. These are not “good times” though, because what do “committees” of girls talk about around prom time?

Let’s talk about corsages, I prayed, as I took my seat at the dining room table. Unlike my family’s oversized, open-plan house, Sarah’s house had a nice cozy dining room with French doors at either end so people could sit and talk in privacy. Let’s pick color schemes. Anything but the big, bad question….
“So who’s everybody taking to prom?” Deirdre squealed, like she didn’t start every meeting by asking the same fekkin’ thing.

Oy, someone is a bit touchy about the date subject no? With Colin across the sea, and her late and not so great ex Raph still around, Morgan doesn’t even want to go this prom, much less find a date. Then the best thing ever happens – Colin emails her to let her know he is crossing the pond, and coming very near her hometown. Enter total squeeing here! Bad news is he is only going to be there for two weeks. Worse news he is going to be busy the whole time and won’t get to spend much time with her. The really really crappy part? He’s under a enchantment and is forced to dance all night with Fareys.

So, uh, how does she fix that? She does what any half goddess can, including being involved in a gnome war, stealing shoes, and putting on a Pepto-Bismol taffeta nightmare.

This was a cute, sweet, story that was a pleasure to read. It was just light enough to help me get through these hard times between Barrons (Fever Series) and Jamie (Outlander) to make me feel good. Plus it gave me the brilliant idea of Vampire Santa! It all makes perfect sense – it just took Morgan pointing it out to me…..I mean come on he can’t be photographed, he only comes out at night, he never dies, he can get small enough to get down and chimney and back up it (bats coming to mind here), so I mean, it’s not that far out. Plus in the Vampire Diaries they mention the oldest and strongest of them is named Claus…. Think about it…..

Ok I gotta go – I can see Maryse giving me the evil eye for bringing up the big man and screwing with her favorite holiday. Have a great weekend.

Interested in reading more Lily?! It’s no secret that I love her no-holds-barred wit! She makes me laugh a ton (in our daily chats) and, of course on her blog so make sure to check her out: —> Lilium’s Realm (she’s silly, introspective, dark and beyond funny – but beware – she hates unicorns!!) 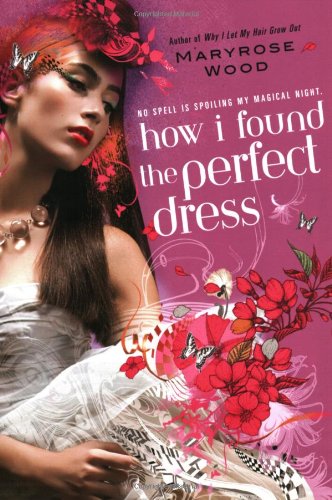 Hey Maryse….was hoping you could help me with some info…since tomorrow is the big day,,,and Im having to work my friend is going to get the book for me on her LookBook with ebooks do they become available at midnite of the day of release,,,just curious never used an ebook lol Im so excited i cant wait….Ive been telling myself over and he’s not dead, he’s not dead, he’s not dead…lol
Jen