Quick note from Maryse: I’m still recovering from my strenuous work week (actually, I’m right back into strenuous pre-Thanksgiving work week#2). But since I don’t have to work this weekend, I will soon get back to my regular book routine. Jamie and Claire… *swoon* is right! Only a few pages left. They have quite the adventures, do they not? And their fights – INTENSE!! LOVE it!

Here is something that I can already say I’m thankful for —-> my best book-bud, Lily. Knowing how my creative mind is at a standstill, trying to adjust from work, to “relax” mode, she has provided me an excellent book review, for all of us to read. From her enthusiasm, (and her great “book recommendation” track record), I’d say this is one I’m going to love! Oooh and it’s going to be a trilogy! Yes! I love urban fantasy!

BTW —-> another work pic from this weekend. This is my buddy “Leachi” (a Leachianus Gecko – cute isn’t he?). Very good natured, and surprisingly, silky soft skin! But look at the shirt I’m sporting 😉 For those of you familiar with Stacia Kane’s “Downside” series might recognize “Terrible’s” tattoo.

Now on with the show!

Welcome to the life of Justine Jones, your average everyday girl, eating dinner with her boyfriend Cubby to celebrate his success at work. Something is happening though – she sees the man who swindled her family and drove them ruin, bringing on an attack of Vein Star Syndrome. In an intense panic, convinced she is about to die, she tries to make her last words to Cubby something great. Unfortunately he is more interested in dessert than her complaints. No he’s not a jerk, she has severe  hypochondria. She looks at him as he begins to talk about dessert with the waitress after ignoring her dire words:

There are four stages my boyfriends—really, all my friends—go through: concern, ridicule, disdain, and finally flight. Cubby, I realize with a sick heart, has just graduated to disdain.

Convinced in her final moments she must save this family from the con-man she makes a mild scene in the restaurant. After the owner guides her away from his customers, she happens to run back into the jerk at the bar, when yet again the owner steps in:

“I wasn’t bothering him,” I protest. “He came up to me.”
“I know,” the restaurateur says, watching Foley cross the large, dim dining room. “I know.” Some men are handsome in a sculptural, symmetrical way, but the restaurateur’s good looks come from imperfection: bumpy, maybe once-broken nose, crudely shaped lips, a sort of rough-and-tumble allure you can feel sure as gravity.
“Forget him.” He draws closer, and I become acutely aware of my pulse pounding. “I want to talk about what I can do for you, and what you can do for me.”
“I’m fine, thanks,” I say. “My boyfriend and I are just finishing up.”
“You’re fine?” He looks at me hard—looks into me, it seems. “What about the vein star problem?”
How does he know? “What about it?” I ask.
He smiles, all radiant self-possession. “I’m the one who can cure you.”
“Cure me of what? Anxiety or vein star syndrome?”
“Both. I can give you your life back.”
I regard him carefully. He has to be a highcap. My guess is he read my thoughts back there and wants to con me. Still, I have to ask. “What’s the something I do for you?”
“You’d work for me.”
“Doing what?”
“Does it matter? Is there anything you wouldn’t do to be free?”
I know a Faustian proposition when I hear one. “A lot of things. I’m not that desperate.”
“You were desperate ten minutes ago. You’ll be desperate again.” He fixes on my eyes. Slow smile.
He’s like this handsome maniac.
“I’m used to desperate, buddy. Desperate’s my factory default. But thanks anyway.”

Justine and Cubby live in Midcity a fairly nice place where thanks to a new serial killer named “Brick Slinger” – yes, he does just what his little tag line says, people are now walking around in helmets and parks are empty. No one wants death via a slug brick. Justine is convinced the killer is a “highcap”, a human with extra talents such as telekinesis.

Midcity used to be a happy city. And in spite of our decaying industry and schools, we managed to stay average in most every measure—people were really proud of that. Now they live in fear.
I know all about fear. And nobody deserves to live that way.

This book engaged me, and right off the bat I was in the boat with her. She was paranoid and the internet has made looking up symptoms too easy, after a night of total panic, Justine wakes in the morning with this thought:

This morning, of course, I’m fine. It’s easy to see, in hindsight, that you were being a crazed hypochondriac, but when you’re in it, it seems so real.

That day though the couple who were being swindled by the con man are waiting for her at home. They are there to convince her to come with them, she needs to meet their boss, the man who owns the restaurant. Upon arrival she is skeptical, and sure that this man is crazy and can not help her. He is straightforward with her and tells her straight up how they can help each other. Justine is still resistant though:

He runs a finger around the rim of his glass. “Wealth, health, and happiness. And membership in a glorious and invincible squad.”
With this utterance, Packard moves out of the category of handsome, slightly maniacal highcap into the realm of mastermind.
“You generate such a high volume of fear. It’s a rare ability.”
“Thanks,” I mumble, blushing stupidly. Nobody ever admired me for being screwed up.
“As a disillusionist, you’ll zing that fear into criminal targets, and at the same time you’ll use your warped hypochondriac’s reasoning to draw their attention toward symptoms, diseases, and mortality. In this way, you’ll push them into an attack.” Packard goes on about how they psychologically attack people as I construct and eat a bread-and-kebab treat. They seem to view their criminal targets almost as computers, and overloading and crashing frees them to reboot without their old hurtful, antisocial behavior.

As a ploy to bring on an attack, so Packard can show her just how he can help her, she looks at fashion magazine.This part made me giggle, and then feel instantly bad about laughing.

The tone of this book is dark, and fast paced and daring.

“Peace and serenity isn’t about adding something,” he says. “It’s about getting rid of something.”

Justine’s plight of madness is hard to read. You alternate between wanting to slap her and go check her cat scan yourself, because maybe they didn’t look so close that last time………
Her trials with this are pockmarked with relationship failures, midnight internet symptom binges and general hindrance of everyday life. Finally giving in and joining the group she finds she is not the only one with deep issues and what a motley crew if I ever saw one.

Shelby touches my arm. “Helmut’s disillusionist specialty is dread about big picture—about world situation.”
“It’s not dread about the world situation,” he says. “It’s clarity about the world situation. I help people see that they live in dangerous and threatening times.”
Shelby sniffs. “Nothing to be done.”
Helmut glares at Shelby; I can feel the ruthless power of his anguish sure as I can feel the cloth napkin between my fingers. “It’s reality,” he adds. “The water wars will be what kills us.”
“Unless a horrible disease gets you first,” I say. “Your own body’s working overtime right now finding ways to self-destruct.” It’s wonderfully liberating to be able to talk like this without upsetting myself.
“Who cares?” Shelby says. “We have no chance for happiness anyway.”
Silently we sit, siblings in torment. The moment stretches on and I have this crazy sensation that I’m finally home. I smile at the thought. And then I chuckle. And then we all just burst out laughing.

Not everything is fun and games and there are high stakes at risk. Those who are the marks for this team are crafty, cunning and dangerous. Justine’s whole life is thrown into turmoil and the questions won’t stop. Who is Packard, why won’t he leave Mongolian Delights, and why does he want her so badly?

Some people complained about how long it took to set the story up, but I didn’t feel that at all. It was great pacing and I can’t wait to read Double Cross.

One of my fave lines from the book:

“There is no end to the darkness of the human heart”

Make sure to check out Lily’s own awesome blog – “Lilium’s Realm“ – she’s hilarious and my mom (Lily’s “Grandmaker”) is addicted to Lily’s darkly humorous side, as am I! 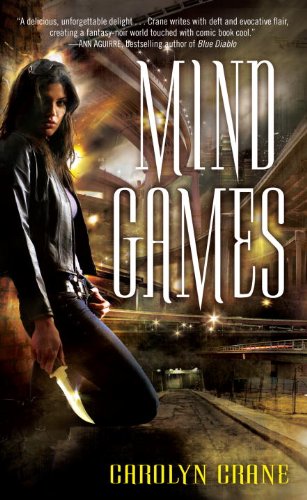