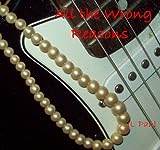 All the Wrong Reasons
As we all know, I’m on  a personal quest to keep us sleep-deprived at least two or three times a month 😉 It’s hard, though, as the books we’ve been losing sleep over seem impossible to top. But… somehow, we keep doing it, don’t we? Obviously, they exist. There has got to be more out there. All that is required, is that we find them. But I’m on it!

There is nothing better than a full night of sleep… except when one loses sleep over a book. Love that!

I had high hopes (despite the generic book cover). I’ve truly learned not to judge a book by it’s cover, and I can assure, this one is better than it’s cover. Why did I select it? There were two “Maryse trigger words” in a few of the reviews out there. Words such as “If you liked Beautiful Disaster and Thoughtless…”

Ummm HE-LLO!!? YES!! I do believe I did like those. In fact I went NUTS over them! So you can imagine my search was over when I happened upon this review and book. Immediate download. Oh and did I mention? There are rock stars in this one too (hehe… I guess the guitar kind of gives that away). Okay, so they’re not famous rock stars yet, but locally popular and the singer… Well you know how it goes 😉

Basically it goes like this: Irelyn (19) comes from a well to do family (country club grandparents) but lives with her “ostracized” mother (who got pregnant young, and was essentially, disowned). Her mother is a free spirit. Sweet and silly. But despite what Irelyn’s rich, snobbish grandparents think of her, she is actually quite responsible (having raised her daughter as a single mother) and now, raising her sister’s very young son. They are a tight little family.

Discovering that both Irelyn and her little cousin have high scores in school and the arts, however, the rich grandparents have decided to invest in their grandchildren’s education. Hoping to steer these children in the “correct” direction, and to not follow in their mother’s footsteps. To top it off, Irelyn is now seriously dating, and considering marrying the “grandparent-approved” Dustin. High society, Ivy league and all that. However, he’s always been sweet to Irelyn, and saved her out of a lonely high school life, so she loves him. Dustin is away at college and now, she’s somewhat lonely.

Dustin was my prince. He’d rescued me from the snobs at St. Catherine’s and swept me off my feet. He’d showed me that not everyone who had money and nice things were evil.

But one fateful evening, the shy and reserved Irelyn goes out with her new college roommates. Irelyn meets Lucas. The singer of a local rock band… and well. You can guess where the complications might take her 😉

I needed to remember that Lucas was exactly the sort of guy my mother probably slept with when she conceived me. He’d get what he wanted until he grew tired – then he’d throw me away and find someone new.

As I was telling my friend, Tina, while we were discussing our latest reads:

“I read a Thoughtless-type, and I felt sorry for it, that it had come after our “Thoughtless” and “Grey” frenzy. It was cute and good, and a bit angsty (much better towards the middle and end – the writer found her groove as it went). But I wanted something more intense like Grey…”

I will attest to the fact that the book did resemble Thoughtless. Same principle, similar dilemma, similar personal moments. Now, had I read this before the “Fifty Shades” series and before the “Thoughtless” series, perhaps I would have given it a glowing review. I can honestly say… I can’t tell if I’m biased right now, against it. Was it really good, and I can’t tell simply because it was had the unfortunate luck of being read after something as HUGE, and completely absorbing as “Fifty”?

Or was it just “good” no matter the reading circumstances? Was it simply an enjoyable read to pass the time, regardless of my other current book obsessions right now, but not mind-blowing, no matter who reads it?

I will say this about it. It had an “iffy” beginning. Again… not sure if the author had a “start” struggle, or if I was simply not easing into the new writing style at first. I didn’t like how quickly it started. I hadn’t developed any personal feelings yet towards the characters, and it was already moving so fast. I thought about putting it down a few times in the beginning. Right away, I realized, this would surely not affect me the way “Thoughtless” did.

But I persisted, I was hoping for *something*, and by some strange luck, I actually started responding. Perhaps the author found her writing groove, or perhaps I found my reading groove, but it actually got much better towards the middle and end. I started believing in the characters, started worrying about them, got mad at some decisions, felt bad for some sweet sweet characters… I actually had a few “slow motion” moments when I really started connecting.

So overall, I recommend this as a read when you’re not ready to jump into something huge, yet. When you’re still catching up on sleep between all-consuming books. It’s good enough to read in one sitting (I did). You will feel angst…

“Maybe my heart saw him as more than just a fling and my brain was starting to, too.”

… elation, and emotion, for sure. You’ll even giggle a few times.

“Come on,” he wheedled, turning me to face him. “You can wash my back.”

“Not happening, buddy,” I said.

He jutted out his bottom lip. “Want to wash my front?”

There are plenty of sweet moments, and even a few dark ones to keep your attention. It’s pretty good. *nod*. Yup. Good. 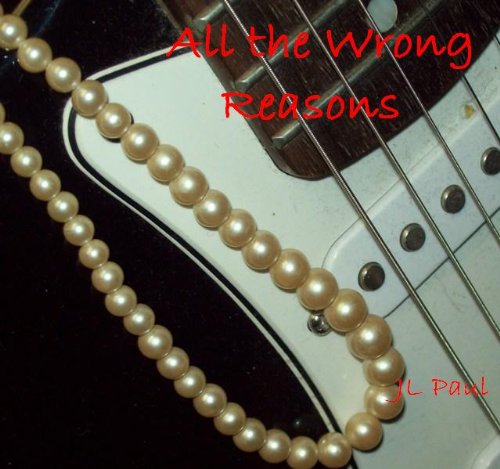 Just finished this book…..looking for”that” book to quench my “vanilla” cravings…..this is why I often get readers remorse. I feel as though I am biased now;however I did enjoy it. Thanks for the review