Fallen From Grace
I’ve decided before going on to some fun book reviews (I have two coming up and many of you know exactly which ones I’m referring to – two hilarious romantic finds), I’m going to continue on our dark yet erotic reading path about unusual and troubled romance (see previous “dark & Dirty” review). Because this one was yet another great and emotionally investing read. And while the romance aspect was a bit more “in your face” (which I loved because there were some definite swoon-worthy moments), it too had a gritty, tormented feel. In this case, however, it was the hero that had a past to overcome and a future to accept. However to take that step, personal changes were needed, and in taking a new path he lead us all un an unsettling journey.

I was receiving recommendations:

Karen: “… what I’m really emailing you about are 2 books that I can’t find on your website, and if you haven’t read them, I know you will love: Fallen From Grace by Laura Leone. Ryan is a high-priced prostitute that falls in love with a normal girl but is bound to the woman (another evil Mrs. Robinson) that rescued him from the streets when he was a teen. Ryan ranks right up there behind  Kellan & Christian. *heart-wrenching*”

Stacy: “Fallen from Grace by Laura Leone.  For anyone who read Finding Home, this has the same subject matter (no age issues though).  A really beautiful story about second chances even though you think you don’t deserve them.  Some heavy stuff but really worth it!”

and then other reader comments such as Jane’s:

I read this one last year, and loved it, but was quickly consumed by another book (Finding Home) right after. And… shamefully I skipped ahead with it’s review (because I was so overwhelmed, and needed to get it off my chest). And well… I didn’t review this one. Not that it wasn’t great, because it was. I don’t think I put it down once. But sometimes when I move onto a book that agitates and elates me so much, I occasionally forget to pay homage to the one I read right before it. Which was the case here.

But now… it’s time. And it’ll be an easy review, because I remember everything about this book. It’s unforgettable. Not the best book I ever read, but certainly one that carried me away with an unusual love-twist that had me on the edge of my seat. I immediately emailed Tina about my exciting recommendation email:

“OH!!! I received an email today from a girl SERIOUSLY recommending two heartbreaking bad-boy books – (male prostitutes both books, if you’d believe it!)”

Sheeesh! A little excited much, was I? But I was, I have to admit. This was unchartered romance territory for me. I just knew these would be a mess, and I was SO in the mood for that after reading “Fifty” and his own messy past., and needs.

So Tina taste-tested (urgh… I mean “read-tested”) these for me, and gave her stamp of approval, so I went on my merry reading way and both were pretty much exactly what I was craving in a “gritty/romance” read.

Because you see… Sara is picking up the pieces. She has abandoned her old life and beautiful condo, to follow her dreams of writing her (still un-contracted) next big book. She sold it all, and is renting an apartment, living off of her savings and devoting her time to what she really wants to do. She could win big, or lose it all, but what she is not willing to do is sacrifice her dreams for the illusion of a “steady” secure life. But her risks have her on edge, and the one person she finds solace in, is her gorgeous neighbor, Ryan.

Despite his gorgeous model looks, and his seemingly “jet-set” model life style, he’s a sweetheart, and she realizes this one day when he finds her crying on their (shared) back porch. He takes the time to stay and comfort her.

The hand on her back stroked her, sure and gentle, an undemanding human contact silently telling her tears were all right.

And they quickly become friends. Best friends. To the point that they leave their doors open on their back porch so his dog can come and go as he pleases between their two apartments. She takes care of his pets when he’s “gone”. They share so much of their lives together, and she thinks she knows him. And while intimacy is building between the two, Ryan resists taking it to the next step.

He tried not to think about it. Feel it. Tried not to want what he wanted. He didn’t even know what the hell he wanted.

He should stop. But he couldn’t. Didn’t want to.

He knew it was wrong. Knew with all his heart. He had passed the point of pretending that no harm would come of it. God, it was wrong.

Yet he still couldn’t stop it.

What she doesn’t know is that all of his money, his clothes, his night-life are not a part of his “modeling” career at all. Gorgeous enough yes, but Ryan has a past that has secured his present and quite possibly his future as a high-end male prostitute. The best of the best. And worth a fortune. To his upscale clients, and especially to his gorgeous “madame” who will do anything to keep him in her stable of rotating beauties. She has him on a tight leash, and has taught him everything he knows. In fact, having found him as an abused young boy and taken him under her wing, she molded him, and made him what he is today. And, until he met his neighbor Sara, he thought he knew what life was.

His world and his private life, separate from his “professional” life, is changing. And he has no idea where to go with it. That along with Sara possibly discovering his secret is tearing him apart.

“Sara, I’m not who you think I am.” His whisper sounded weary and bitter.

She was surprised, but after she absorbed this obscure statement, she told the truth: “I don’t care.”

That almost seemed to amuse him. “You have no idea what you’re saying.”

“No. You couldn’t possibly.”

The best friendship in his life built on a lie, being so caught up in his boss’s web, and his own self-esteem holding him back from everything he could ever truly want in life. You get a look at the underbelly of his “career”, the shady dealings, the double crossings. And an even darker look at where he once came from. Homeless. This book is an emotionally-charged read, for sure!

An almost perfect romance story, with just a few spots where I wish we had more of him. More of them. Much more of them would have made me love it. Maybe even 5 star love it.

Still though… I highly recommend this one for those who want a little bit of a darker subject matter. A storyline that takes you further then a “misunderstanding”. Something that the two main characters need to deal with on a deeper level to evolve further into their potential. Oh!! and… it’s not all dark and gritty. There is the comedy factor. Her father. He made me laugh out loud tons of times! 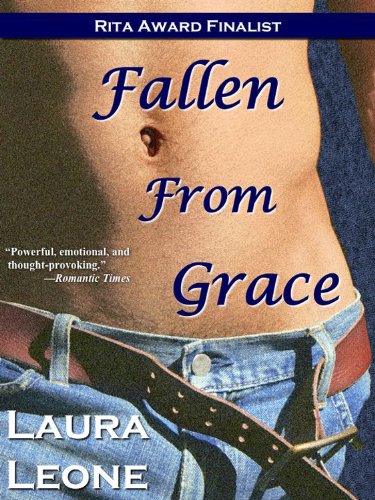 This is a great review for a really wonderful book!! The father with the chair, the bird, the dog who doesn’t do stairs…..omg I laughed so much!!! Loved it!!!

So speaking of male prostitute’s (never thought I’d say that) LOL, there is a book, Curio by Cara McKenna. She is the same author who wrote Willing Victim. A woman visits a French male prostitute and the story is about how their relationship evolves from there. There is alot of dialogue and emotion in this one. Also, this story doesn’t end nice and neat and tied with a bow. You a left to draw your own conclusion, but really there was only one conclusion to come up with! This was a really good book!

So glad you enjoyed it 🙂

And I’m curious to know which other book Karen recommended along with this one….?

Stacy!! Oh yah the dog that had to be carried!! I will be checking out Curio – thanks!!

Jane – it was Finding Home which I mention somewhere up there in the review. That one blew my mind, and kind of stole the thunder from this one…

Yanira! I’m on it! I love these kinds of books… thank you guys so much for the suggestions!

I adored this book. Ryan was so sweet and so damaged. I will definitely be checking out the other two books recommended above and I have Finding Home on my wishlist.

Putain ……oh…….IDK…..Maryse…..I think something is “terribly ” ( getting ready for Ms.Kane) “broken ” (Hehe I ‘m on a roll why stop) because I find myself “drawn ” to these male salopes……( prostitute in French) but oh boy I think I like them a lot more than I should admit………loved it………..

like this story a lot !! Ryan was such a deep character ! ugh ! it was great ! his lifestyle and Sara … so sweet , so awesome !

I really loved this book. Something about his vulnerability and her strength. It was well written too. All around great read!