Fitzwilliam Darcy, Rock Star
Enjoyable… but Fitz (and friends) didn’t rock my world. It appeared to have everything necessary for a romance story, but for some reason, I didn’t connect with any of the characters enough to keep me up all night reading. There was that initial “meeting” where everyone feels that certain “something”. Then the getting close, the crushing, and of course… the eventual drama over numerous (and I mean numerous) misunderstandings. Sounds about right… right? But for the most part, it was fast, but it wasn’t furious. Nothing deep, nothing that tore my heart apart, nothing that I became a part of.

Tina and I pretty much read this one together, and I *think* she may have liked it more than I. She finished it before I did, and wanted to discuss it (there was some ranting, though…). I let her rant, but didn’t read any of it in detail. I told her I couldn’t read any of her rants until I was done, cause I didn’t want any spoilers, and I was hoping to hit pay-dirt with this one!

Maryse: Ok just so you know, I am going to get back to you shortly only because the minute I see the words *possible spoiler* – I run. So as soon as I’m done I’m going to look over in detail what you just said, and get back to you on if I agree…

Tina: but I’m in the depths of book angst NOW, Maryse!!!

Maryse: I’m sorry I was NOT a good reading partner this time. I was all caught up in blogging…

Tina: well, unclog your blog and save me

Maryse: kind of like how while I was reading Grey you were nowhere to be found… I feel you.

Tina: I’m hurting and I need a hug.

LOL!! She had a few things on her mind about this one, that’s for sure. But… when I was almost done, I summed up my feelings to her, this way:

“I like angst and breakups and drama. But I’m not connecting to this. Maybe there are too many love stories, maybe not enough quiet gentle one on one time… Maybe it’s just that I prefer certain writing styles to others, but this rock star story is not grabbing me.”

The drama (for the most part) was eye-rolling. I didn’t feel the need for most of the difficulties each couple caused for themselves, and it felt mostly like drama for the sake of drama instead of drama to hook the reader and advance the story into something big.

“Or you could just tell her… talk to her. Tell her.”

My notes next to that line were “duh!” (okay so maybe I was feelin’ a bit sarcastic. Heh.)

In this story, it was love x 3 (or x 6?).  Anyway, three couples (conveniently three single guys in a hugely famous rock band are taken with the three girls in an up and coming all-girl rock band that is opening for them). Okay, so maybe that’s not too far-fetched… I’m sure touring together makes for some up close and personal moments, and if everyone’s attractive, well that makes it that much more likely.

But in this case, each one guy was attracted to one specific girl, so there was no drama there (nobody wanted someone else’s crush). Easy! No jealousy issues (well, sorta. There were “others” waiting in the wings).

One couple fell immediately (the singers), and I mean immediately! I was all… “Oh come on!!!” Both were sweet as pie, good-natured and looking for true love. No game playing here. No drama here either, although of course… there had to be something to mess around with their heavenly love, and really. This is where I did the most of my eye-rolling.

“Charles is… impulsive when it comes to his relationships with women. He falls in love quickly and he falls hard.”

Ya don’t say!? Lucky for him, he fell for one just like him 😉

The second couple (the drummers) were a bit more interesting in my opinion. Some game playing, some promiscuity that spiraled out of control for both characters, plenty of instability. I think I felt this couple more, in terms of the drama, because both seemed to have the most valid (or realistic) *issues* that they needed to overcome to become whole again. Within themselves, and as a friend to one another.

Richard stayed calm, stroking her back, careful to remain open to her, but inside his heart was breaking in two. He was devastated to know that his Charlotte, his beautiful, beautiful Charlotte, could think she was worth so little.

Yes… these two did make me feel like crying a few times. But just a bit. Unfortunately, we weren’t afforded the luxury of exploring their “dark sides” because there were other couples to contend with.

The main couple was my favorite, (the guitarists) because we got to know them a bit better than the others. Their drama… well anyway. Let’s just call them “difficult”, and they too, have much of their own preconceived notions, to overcome. For the most part, much of the drama could  have been avoided. But I guess… what’s the point in that? We DO love the drama. I just wish there was more to their turmoil, then what was described. But come to think of it, I guess there was a bit there (in this particular coupling), that lead to something *bigger* (and certainly dramatic).

Yup! It was a little twist that made the book jump start my interest towards the end. Something I didn’t see coming, and made for some definite excitement.

And of course, it was romantic, for sure…

When had her face become the most beautiful he had ever known? When had her voice, her eyes, her smile become a part of him? He struggled to maintain his calm, wanting to both run away and to throw himself at her.

But stiiillllll, not enough for me to run to my blog’s virtual “rooftop” shouting it’s awesomeness. ‘Cause it didn’t wholeheartedly do it for me. Just a little emotional investment on my part, but unfortunately, putdown-able.

Maybe it was because there were too many couples in a regular-sized novel for me to become attached to anyone. Or maybe it was just “me” over the course of the few days that I read this one. From the reviews I’ve found online, I am in the minority as it seems others really enjoyed it. Again… all I can do is *shrug* (grinning sheepishly) 😉

No worries… I’ve found another one (or two) that were just suggested to me this morning, and my reading buddy, Tina has already started one and can’t stop reading. YAY US!!! 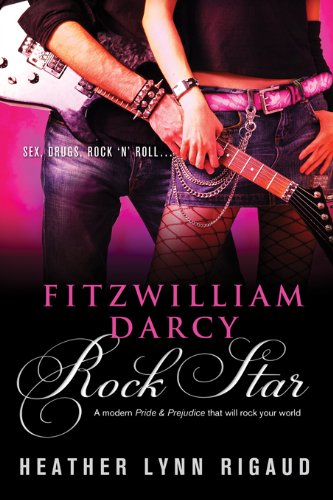 Totally agree with you on this one. I just wanted to finish it and get it done. Some fun, but not enthralled. I actually did my dishes instead of reading:( lol Still looking for something to rock my socks off after 50 shades and bd. I give it 2 1/2 maybe 3? K

As much as I like good sex in a book, this one seemed to contain sex for the sake of pages rather than sex to show love. I get the whole rocker thing but the quickie sex towards the end just sort of killed it for me. I’ve never been at a rock concert where the band takes an intermission… never ever.

Sooo I guess I should be lucky BN doesn’t have this one for the nook? Can not wait til NOv. 15th this woman is gonna fire it up with her kindle.

Amazon is going to put all other bookstores out of business. It’s only a matter of time, since they are getting heavily involved in publishing.

Kelli… It was starting to feel like a long read. Especially at that moping part. Everyone was moping. LOL!

And like you, Tina, I started skimming those scenes.