For All The Right Reasons
Don’t let the tame book cover fool you. There are rock stars in this book. 😎 Here is another “Ann Lister” rock star story that had me up all night reading (like her first book “Sheet Music” – and this one eventually ties into it). A few of you told me you really enjoyed her first one, so I thought I’d give you an update on how the second one compares. You guessed it! Overall, I loved it.

Again, I was exasperated with the characters (she’s really good at making me mad at them). The story had me wound up tight, held me captive, and it would have almost made my “favorites” list if it weren’t for something the heroine did, that to me, was absolutely unforgivable. Sure, it made for even more drama and angst, but in real life, would have had consequences that could never be taken back. What’d she do? Nuh uh. My lips are sealed.

But I will say this. This author is no holds barred when it comes to the drama. In each of her books, I’ve found myself seriously angry at the occasional idiocy of her characters, and the unnecessary trouble they make for themselves. I’ve felt annoyed and even a little distraught. Yet, her books have a slow enough progression that I get sucked right in no matter how dumb everyone’s behaving. I believe and live every detail with them, and there are plenty of “weak-at-the-knees” moments that help me get over the tragic parts.

So as in the first one, you get the “high life” of the typical famous rock star/rock band glory. The tour, the backstage living, the rock star ‘tudes (oh especially the guitarist Simon – what an ASS!!), the groupies, and the fear of falling in love with someone unattainable. The resistance of his persistent advances, and the eventual succumbing. And then… the drama that I live for in these stories.

Sydney is a famous photographer, well known for capturing rock stars in all of their glory. Her photos are artsy, emotional, and raw, and she is highly sought after. Hired to tour with the rock band “Reckless”, (the singer of the band specifically requested her), she prepares herself for the onslaught of attempts at bedding her while on tour.

It was a love-hate relationship. They loved her – she hated them, and everything they stood for. Every year that passed, her distaste for them and their habitually bad behavior increased. She had seen it all, been propositioned by the most famous and vile musicians, and was numb to all of it. They were nothing more to her than subjects at which to point her camera.

She’s been on this road before, and believes that no matter what facade a rock star presents to you to get you to his room, the outcome will always be disappointing. In fact, she’s been there before, and has promised herself to never be there again.

She shows up on the job as a no-nonsense professional, and even purposely does everything she can physically, to not attract a single one of them. But the singer (Ben) is already smitten (mostly with her talent, but thinks she’s cute too) and pursues her relentlessly.

“Being intimate isn’t the worst thing that could happen… Syd.” He slid his face close to her cheek without making contact. “Maybe if you tried it, you might find you like it,” he whispered.

Sydney angrily pushed against Ben’s chest and slapped his face.

To his dismay, she shuts him down repeatedly and with no remorse, but that just seems to entice him more.

“The only thing you’ll get from her is frostbite.”

“Care to make a little wager?” Simon asked. “Five grand says you can’t get her into bed before the tour ends.”

Heh. You see where this is going don’t you?

But… while her perception of some of the rock stars in his band is correct (that ass guitarist I was telling you about earlier, who also happens to be the singer’s brother), she couldn’t be further from the truth when it comes to the singer. Above and beyond his sexy rock star looks, he is thoughtful, emotional and caring. He wants to find the one love of his life and move past the endless groupies.

“I don’t have a girlfriend – by choice, Syd. I can’t seem to find the type of girl I’m looking for, and I refuse to waste another minute on anything less. Been there, done that, as they say. I’m ready for something different.

She begins acknowledging this side of him, but is alarmed at the feelings she is developing. She’s letting her guard down, something she promised she’d never let happen.

He sat silent, trying to find the right words to say. “I had no intention of doing anything with that girl,” he said softly.

“I saw the look on your face,” he said. “It went beyond being pissed off at Simon. You’re mad at me, too, although I’m not sure why.”

His persistence starts paying off as a slow but sweet friendship develops. And I loved every moment of them – Ben is SO intense. I adored him throughout the entire book. There was one photo session that *sigh*… cinched it for me (and a few moments that made me giggling when her boss Carol was reviewing the photos):

“Does he always look at you like this? And keep in mind, Syd, it is you he’s looking at – not your camera.”

And this is where I will leave you to discover the rest. The friendship, the developing romance, the misunderstandings, the betrayals, and the big bad secret that had me fuming…

While this book is certainly not as dark as “Sheet Music”, it still has it’s sombre moments. I love how the author takes her time with her story, and allows the reader to experience every aspect of it. This is what I mean when I say I want to “feel” the characters. She writes in a way that gives me just that, and it’s because of this, that I can say, overall I loved the books.

But I feel the need to be honest in regards to another aspect of her writing. I can’t just proclaim it *amazing* without pointing out something that really bothered me. Something that I see she’s done twice now that sort of “ruins” the magic of the book (both in #1 and #2).

As I was talking to my friend about the book I said:

“How can an author write such an amazingly fun story – so realistic, so enthralling – causing your readers to even dream about them (two books like that for me) and STILL manage to… kind of… break it?”

Of course the “main disaster” in this book had appalled me, but that’s not the only thing that had me cringing.

The author does something strange with her “timeline” or the “”time frame” that breaks the rhythm. In most books during a “breakup”, days, weeks or maybe even a few months might pass… in her books, we are talking years. Still very good stuff (and overall, things make *sense*) but I was almost almost traumatized when I realized how much time the author allowed to pass. Really just… disappointed.

Still though… would I recommend it? Easy answer. If you love romance, rock stars and falling in love – YES!! Don’t judge a book by its cover and all that (this one is more exciting then it appears). 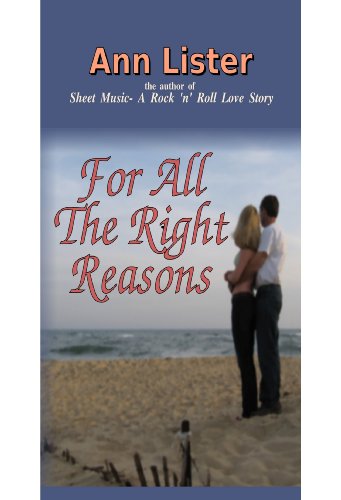 jsut finished this one tonite, loved it, now I have to read her other books:)