Gateway to Heaven
A rock star book. Of course, all I needed to see was that. The premise was good enough for me (albeit, similar to many I’ve read). Hugely famous rock star comes back to home town for an event, and falls for sweet, innocent beauty. Good enough for me! I was in. And of course, what hooked me was that she didn’t have a clue who he was. I always love those reveals. Except, that this one didn’t unconditionally hold my attention. I don’t know why. It had everything it needed. A roguish rock star with a bad reputation, tempting the virginal angel of the town, ticking off her family in the process. Him, pouting over her refusal, her insecurities in regards to his intentions. His past that comes back to haunt her… her past that absolutely halts his wolfish behavior. Oh and there’s steamy stuff, too!

Sounds good right? And it was. It was. It was certainly good enough to finish. I got a few shivers, slightly swooned here and there, but there was just something about this one, leaving me reading about them, instead of becoming them. You’ve heard me say that many times before, but that is how I know how much I am loving the book. How invested I become in the story, how emotionally connected and how badly I let them affect me. Me saying things like “How DARE he!!” while I sniffle and preempt potential tears by obsessively wiping them. Me… feeling that gut-punch when he does and says something hurtful. Gaping with shock. Getting that lump in my throat. And me, swooning to the point I’ve got to re-read a part a few more times before moving on, because I just want to live in that moment a bit longer.

And then there are books where I say things like “Ah, here we go, the misunderstanding.” Or “See, he shouldn’t have said that, now she’s gonna think…” or “Wow, that was an overreaction…” And that’s when I know I’m separate from the book. From the characters. And that was the case, here.

So here’s the premise:

Christian and Megan are from a small town. He’s the bad-boy that left to become a famous rock star (grammy award winning and all that). She’s an artist and a school teacher that regularly attends and helps out with her local Catholic church. Christian comes back into town for a music festival that his band is headlining, and as he’s visiting with his childhood priest, he sees her, caring for a child. His world pretty much begins to center on her. She’s shy and beautiful and he can tell by the way she is looking at him that she’s interested.

His flirting begins (like I said, he has a sort of wolfish demeanor to him. Just what I like in a “bad-boy” rock star”), and while she fears him somewhat, her attraction denies her self-preservation, and she lets him in. To a point.

“You don’t have to look so guilty, Megan. It was only a kiss.”

Her eyes flew to his. Only a kiss? Is that what it had been to him? Her quick examination of him left her in little doubt of it. He seemed relaxed, content… maybe even a little cocky as he leaned there in the entry way of her kitchen. His assured attitude hardly seemed fair, considering the fact that she herself felt like she’d just woken up into a different world than the one she had occupied for her entire life until the moment she had experienced the power of his kiss… and his touch.

He gets huffy easily, when she resists going too far, until he finds out about her past. And while she struggles with her overprotective family, and tries to show them who she really is, she realizes that Christian has now become a part of that struggle.

Christian’s expression hardened. ” I would think Megan is fully capable of deciding what she does and doesn’t like.”

Oh, and then there’s the reveal when she finds out just what kind of an artist he is… *shrug* It was good, but I almost missed it. Somehow along the way (an event at a bar) I thought she had already figured it out. Something must have been lost in translation in the book, because the part that should have had me excited, and on the edge of my seat (his reveal) had me confused, instead. I was surprised with her reaction and that’s when I realized, “Oh? She doesn’t know it yet? How did I miss that?”. Darn!

So I’ll leave it there. It’s an easy read, and fine for the price and the length of it. And you know what? That just might have been the problem. Seeing that the book was only 171 pages, I now think the reason I didn’t connect was simply that a there was not enough to connect to. The author did well considering the length of the book, but I think it also shortchanged her characters. Considering their circumstances and their personalities, I wonder if I might have completely connected had it slowed down just a bit, and had I been allowed to completely indulge in them. His rock star ways, his persona, his fame. Their private moments, their misunderstandings, their time together, and apart. More of the emotion. 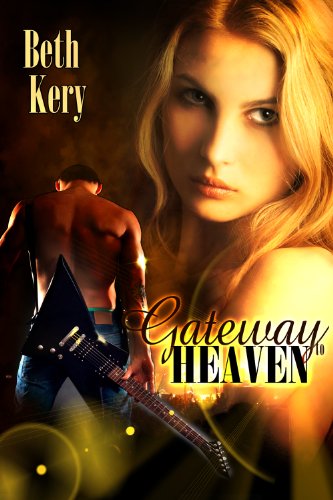 I am ashamed to admit that I did not finish this book. I got to about 60% then chucked it.

There just… wasn’t enough. I was curious enough to keep going, but… there you go. *shrug*

So, you wouldn’t recommend this book? I’m going through Fifty withdrawals and I need to find an outlet. I need another bad boy to read about but I’m a cheap and broke college student unwilling to pay $2.99 for something that you weren’t quite taken with.