Hearts in Darkness
*love* I am considering this as one of my favorites in the “short” story category. Usually “shorts” don’t thrill me, because there’s not enough time to get to know the characters. Not the case with this one. I felt them. My only complaint is that I wanted more, by the time I finished it.

But what made it so good is that even in it’s shorter format, it had everything I needed to fall in love. Oh and the “steamy stuff” was off the charts… NOT a YA read. The story was original, and while one might think a little far-fetched, when you think about, this sort of thing could totally happen. Nuh uh! It totally could! If you don’t get your elevator serviced, it could! Oh humor me, and just go with it! LOL!

A business professional (Makenna) in a huge rush, overloaded with work paraphernalia, makes a run for an elevator. Her cell phone falls, and scatters in pieces (*woops*), and as she quickly retrieves it off the floor, she manages to jump in. Luckily Caden (tall, muscled, extremely tattooed, pierced and skull trim – oh and dimples!!!), notices her uncontrolled juggling act, her hair in her face, and that she’s so obviously flustered. He holds the elevator door open for her. He sounds like quite the sexy bad-boy doesn’t he? My eyebrows are wiggling suggestively here – see ’em? Tee hee!!

The thing is, she doesn’t see him at all, as she leaps into the elevator.

As she gets a hold of herself, she only notices a portion of Caden (her “Good Samaritan” who is standing behind her). His very tattooed arm, as he presses the floor buttons. It’s just the two of them, and the elevator gets stuck. Lights out, the whole works. Her day couldn’t get any worse, but what she doesn’t know is that the one sharing her elevator is extremely claustrophobic.

And this is where much of the story takes place. In an un-air-conditioned pitch dark elevator with no cell phone in site. Oh, what about the elevator phone thingie? It’s broken. But surely, someone will realize the elevators aren’t working, right? Well, it’s past business hours, so who knows if anyone is left in the building.

As he tries to control his panic, they begin to lightly chat, silly get to know you stuff (she’s an accountant, he’s a paramedic), and his fear slowly abates. He focuses on the memory of her pretty red hair that got his attention in the first place, her soft voice and her silly and bold demeanor.

The ink and the piercings and the skull trim all gave off an antisocial vibe, even if that was more image than reality. So it was odd for him to siphon calmness off another person the way he was doing with Red. He didn’t even know what she looked like, for God’s sake, or what her name was.

There was a way to fix that. “Hey Red?” His voice sounded loud in the small space after the long moments of quiet. “What’s your name?” he asked in a quieter voice.

Their comfortable banter helps keep his mind off of their predicament. She’s making him feel better, and he’s grateful for it. And as they continue to get comfortable with each other, their conversation deepens while the hours tick by.

They bond. I bonded too! How could you not?

It was just the two of them, nothing to interrupt, no place to go, absolute quiet. The only thing they could do was ignore each other or become friends. As in many situations when people are thrown together in a traumatic even, friendship often blooms. Both quickly discover that they have much in common, and like each other.

Every story she’d shared with him revealed some part of her character – and everything he’d learned told of a person who was friendly and compassionate and giving.

They have no idea what the other looks like, but at some point, their hearts recognize each other, and maybe that stuff just doesn’t matter anymore. In fact there’s an off the chart steamy moment in that elevator that starts off innocently enough.

He wasn’t ready to reveal all his oddities to her just yet, because he didn’t want to scare her away. He was half contemplating taking out his facial piercings before she could see them, but decided somehow, that felt dishonest.

“Give me your hand,” Caden offered. “You can feel for yourself.”

Makenna gulped down her excitement at finally getting to do what she’d been dying to do most of the night.

And just when it could really get going…

He groaned low in his throat before he could stop himself.

…and the fire department show up to get them out. The lights come on, and they finally see each other for the first time…

Okay bye! Off I got to read another book by this author! 😉

What? Oh! You wanna know what happened next!? Ohhhh it’s gooood. There’s still mostly half of the story left, so something *happens*. Hehe. But now that both of them have been released back into the real world, back to their regular lives, where do they go from here?

And that’s why I love stories like these. It’s ’cause I feel like I know where they’re coming from. I get the apprehension, the insecurities, and I love to see characters work through, (or against) these feelings.

Enjoy this one. I read it straight through without wanting to put it down, and while it’s not “scary-intense” or even emotionally draining like some of my recent ones have been, it is most certainly a must-read if you’re in the mood for intense and potential romance (short and sweet, but not lacking). This one will keep you plenty entertained.

I mean, it must be a good story if being stuck in an elevator suddenly seems fun, right? 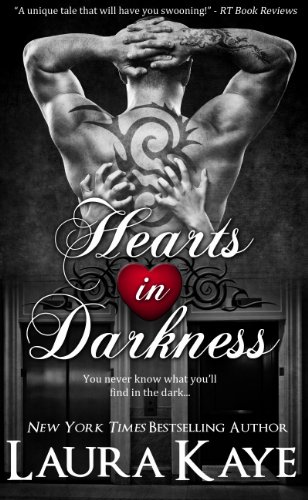 Yup. I loved this one too. Definite short story favorite of mine. 🙂

I read this one a while ago and LOVED IT! Every time I go into an elevator now I check out everyone in the carriage, then give a wistful sigh….my time will come.

Tee hee!! I was thinking about how I used to not like elevators much… but I have a whole new perspective on ’em now.

Loved the story……but the fact he reminded me of Travis Maddox made it that much better!!! (For me…)

I have got to pick this one up…I mean look at that cover!

Wow! Thanks for reading and reviewing my book! So glad you enjoyed!

Well……well….well…….look who’s not sulking anymore…( yes still recovering from fifty)……..woohooo what a way to get out of my “crude” mood.

Oh good choice!! Not a long book, but definitely one full of yumminess!

Sara… the author posted pictures of what her readers thought Caden looked like. One of them blew my mind! SPOT ON!! I’ll try to see if I can find it, and post it in the review…

Seeing this just listed as a favorite short of yours, I had to check it out. Looks really good….will definitely be downloading it!! Then I proceeded to send this website link to all my friends so they read it too!! haha

Ugh! Just tried downloading on kindle and it is not available! Yuck!

Hi Maryse,
The book is not available for purchase on amazon. Do you know if the book will be released again? It sounds so interesting.

Jennell, I had the same problem initially and then it just showed up on Amazon one day. I just checked and it is there now for $2.99 – AND I LOVED THIS BOOK!

The book was amazing it had me hooked as soon as I started I wish it was longer. I loved it I’m going to get my own copy of it to keep in my library