Last Summer
So awhile ago, I was on a rock star, bad boy book search. Surprised? I knew you’d be! That doesn’t sound like me at all!

*giggle* (by the way…that search helped me create a nice hefty list of rock star reads with definite *squee* potential).

Anyway… somehow, in my search, someone, somewhere, recommended this one. And it must have been one heck of a recommendation ’cause I purchased it in actual print format. I hate holding actual books now. They don’t light themselves. I can’t do “searches” for my favorite parts. Marking my favorite parts requires obnoxious stickies everywhere. What a mess! But I wanted it bad enough that even when I discovered it wasn’t in digital format, and in fact, it wasn’t even in print anymore, I still got it. I had to have it!!  So I ordered a used copy. No problem with used. It was the story inside, that I wanted, and I was willing to go “old school” and flip actual pages to get to it.

I hinted on my Facebook page that I had just started a possibly awesome bad-boy style book:

Okay so far my newest book is good, but not *squee* worthy yet. Feels more like traditional contemporary romance… more by the book. *hrmph*. I want bad-boy, heart-racing, infuriation!! LOL! But I’m nearing the halfway point (I’ve been falling asleep too early this week).

But see. That’s the sign of an awesome book. One that keeps me from falling asleep.

And this one… not yet.

What’s it about? Well it’s the typical story, but this one did have a few added *whoops thingies* to keep it interesting. Johnnie Irish is a famous bad-boy Hollywood actor, and he’s well known for his bad-boy antics, his partying and womanizing ways, and waking up in jails or hospitals. His self-destructive behavior has him all over the tabloids, and he’s missing out on some great roles. He gets an invite from his hometown (Hope, Texas) to attend a parade and such, and for some reason he goes back. I say for some reason because he hates it there. Bad memories, bad childhood, abuse, neglect and a stereotypical town sherif hell-bent on destroying his future.

What angered him was knowing Hope had turned a blind eye on a child who needed help, and in doing so almost sealed his fate.

But once he gets there, he runs into “goody two-shoes” Maggie (new resident of the town, a school teacher and a widow still recovering from the loss of her husband). He’s curious about her, but she’s already dead-set against him despite her incipient attraction to him.

And there it starts. The back and forth relationship. One wants to give, the other pulls back. Then the opposite happens. And the book pretty much follows that path, along with some big life-changing moments, lessons learned by both parties, and mistakes that continue to be made.

Yes, she felt sorry for whoever fell in love with him, because that person was in for a lot of pain. It would hurt to stand by and helplessly watch him destroy himself.

So did it live up to my expectation? Well, it was good. Good enough, for sure. Beautifully descriptive, sweet and touching, the moments of passion were few and far between, but when they happened, they were tastefully done, and intense. But ohhhhh don’t get me started on the drama. So much drama and angst. Will he? Won’t he? Will she? Won’t she? The secrets. The insecurities. The past conflicting too strongly with the present. The future that was always up in the air. And I mean, not just their future together… but living life, itself. Toooooo much drama and angst. And I love that stuff, but even for me, I was all “Oh puh-leeeease, people! Get over yourselves and get with it!!” The whole book can’t be like this, can it? Yep. It was. Almost right to the very end.

Oh I read it almost straight through, it was good enough for that. But I was glad to be done, and while Johnnie appeared to have all the bad-boy qualities (enough at least to make our favorites list), something about this book fell short. Something about both these characters, kept me at arms length. I read this book looking in from the outside. Sure, he had some swoon-worthy moments, and his situation was heartbreaking. Again well worth the read, just not *squee* worthy. Not our “next big thing”.

There was not enough them, together, and too much them… apart. Leaving. I like moments of “apart” in books. Keeps me on the edge of my seat, hoping. But in this one it was just too much. Plenty of great, intense, heartfelt moments that had you connecting and enjoying and then BAM… NOT AGAIN!!! Grrrrrrrrr. That was my mindset throughout.

But then again, if you’re in the mood for some over-the-top self-inflicted personal complications (’cause you see, they pretty much keep doing this to themselves…), then I say go for it! 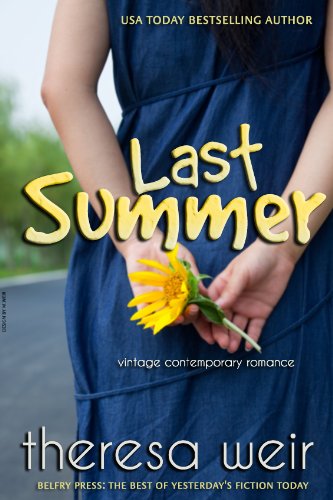 Ok…I take the bahumbug back………jeesh Maryse I am running out of KIrsten AShleys books I need “I found it…I FOUND IT!!!!!!!!!!”…….see there I go getting myself all paniicky