Sound Bites: HarperImpulse New Adult Romance
Here’s yet another example of my TBR list shifting when I suddenly spot something that I feel I MUST read. It showed up on my latest “bargains” list and I was really in the mood for a good old fashioned angsty rock star romance. I know, right!? What a surprising twist in my “usual” reading material. Doesn’t sound like me at all. Tee hee!!!

This one certainly called to me with the whole musician aspect and overall, I enjoyed it well enough. It’s not really what I’d call YA (despite what the cover looks like) as the characters are well into their twenties. Then again… it was pretty “tame”. It’s about everything that I could possibly relate to. The music, life after college, the friends, the venues, and my own “apartment living” days. A twenty-something woman returns to her home town after college (and after being betrayed by the two people closest to her).

Starting her life over again in a small apartment, she hears her neighbor’s music (music she absolutely LOVES) and discovers it’s HIM, playing guitar and singing Jeff Buckley (perfectly!!).

When he sang, he sang like he meant it. He sang with a sense of desperation, like his entire soul had come to life through the music. I figured out why he always sang alone; it was too emotional for him. It made him vulnerable. And that was a side of him that I assumed he didn’t let many people see.

He’s exactly her type (he’s got the whole musician package), brooding and kind of a jerk.

Women never liked the nice guys; it was an unspoken rule. We liked the d&ckheads, the pompous asses, the narcissistic bastards. We wanted a guy to act like they didn’t give a sh#t about us because then they’re a challenge. Of course, women never said this aloud. We always said “Oh, I wish I could find a nice guy” but what we really meant was “Oh, I wish I could find some arrogant pr%ck who loved me.”

Hehe. That made me giggle.

But overtime, and because of their mutual love for music, they develop a friendship. She helps usher him into the music world (she’s got connections) and off he goes!! Lots more to it, but you know… And of course, she’s crushing on him BIG time in the background, but he only sees her as his best friend. Or does he?

It started out great, kept a nice steady pace, indulged us in the longing as the “musician neighbor” found his place on stage, but whoops! Once I hit the halfway point it sped right through. All of the parts that had the most potential for angst and drama. The rock concerts, the after parties… not enough of it. ACK! And even more disheartening, it skimmed over the intimacy, the personal intensity, the emotional connection. Some stuff was detailed, but all of it should have been, to make it a book I would love vs. just a good enough read if you have a few hours to kill.

All of the jealous spats, the heartbreak, the misunderstandings (plausible but again, elaborating would have made it believable). Oh sure, it’s all “there” but not detailed to the point that could have completely owned me. And even if I wasn’t getting enough of what I wanted romantically, there was a part that could totally have been played upon. I actually felt a certain amount of deep fury and shock, even despite the breakneck speed the story decided to take. I was excited!! It could have really brought out a dramatic scene, and personal anguish. But unfortunately, it was simply questioned, answered with a breezy shrug and noncommittal attitude and quickly swept under the rug.

Grrrr. That one had me raising an eyebrow. I was all… excuuuuse me? You did not just shrug that off!!!

Alas… plenty of potential, certainly an enjoyable enough “quick” read, but not enough to make me squee. 🙁 I wanted to feel it. It was good enough to want to feel it (and I sorta did), but  it just didn’t have the detail and depth that could have totally made this an awesome rock star read.

3 stars *sigh* I wish I could give it more stars. Again… longer, more detailed, eased into and lovingly crafted in it’s bad-boy potential, it could have easily been more. 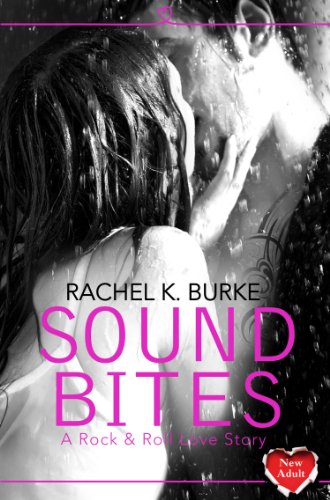 I have to read this, if for no other reason than he is singing Jeff Buckley *swoon*

I agree wholeheartedly with your review…so much potential but it left me wanting more.

I agree with you 100% on this one! I read it a few months ago and it just did not tap into the whole bad boy thing enough and the portion of the book where they were actually in a relationship felt too condensed. Just needed some more meat on those bones!

Maureen.. right? The writing was good, I was connecting to the characters, the story was engaging, the “issues” were angst-y… but… something was missing.