Sweet as Sin
This book truly is exactly as titled, sweet, but sinfully so. Very romantic. No wait. Considering the kind of hero you’re in for, I’m taking that back. Doesn’t fit. Hes really not *that* kind of guy. Let’s go with passionate, fiery, and smoldering. Yup. Perfect. And also, at a certain point, very angsty (ooooh he made me mad!!  😡 ), but just enough so that I didn’t want to put it down.

John Murphy, a slightly arrogant, confident, and somewhat indifferent bad-boy type, just moved in next door to “Livvy”. She is just his type, so he manages to put himself in her path on a regular basis, tempting her to come out and play. Of course, it’s just for “fun” and nothing more.

Livvy wants nothing to do with him.

This guy shouldn’t have even pinged her radar. No man seared a woman with that intense a sexual evaluation if he wanted commitment. His perusal was more one-night-stand than church-aisles-and-roses.

She can sense his “bad-boy” swagger a mile away, and refuses to put herself through that kind of eventual heartache. Sure he’s ruggedly gorgeous (side note: I pictured a sexy Colin Farell: his attitude and looks fit well for me, here) but there is more to John that what his outwardly demeanor would portray.

… his eyes could have been too pretty for his rugged face except they were hard and unflinching. Tiny lines creased the corners but beneath the desire lurked something dark, something shadowed, something dangerous. This wasn’t a man for frivolity. He was made for hard work, hard play and heartache.

A hugely successful and famous author of “Harry Potter” type books (under a pseudonym), he releases his emotions, his turmoils, his fears and his love into his characters. Mostly a loner in life (he’s had a devastating childhood, one that will slowly be unraveled and break your heart), he only has his sister and his “monsters” to ease his pain.

Livvy is a sweetheart, with a good head on her shoulders, a past that she’s learned from, and a secure future ahead of her. Running her own business (she’s a pastry chef), owning her home, and having her sister as her best friend, she’s at peace with her life. Sure, John makes Livvy hot, but he also makes her blood boil. What he offers, promises to be “sweet yet empty calories” that could only complicate her comfortable life.

Livvy caught herself staring and yanked her gaze away. Man-candy, he was just man-candy. Nothing she could sink her teeth into.

Well, she could. But it would all be empty calories. Calories she didn’t need. Not to mention cavities.

She may be just his “type” but she knows all about his kind, and decides she’d be better off not sampling his goods. Tee hee! See how I did that? That was so cliché of me, but it was fun, so I’m gonna be full of ’em today.

“I don’t know him enough to like him,” Livvy spat. “A person can be sexy as hell and still be a complete ass. Maybe he won’t even show up tonight.”

“He will,” came a deep baritone from behind her.

Woooops! 😳 busted! I love when that happens!

But come on, people. We know where this is going. Temptation this sweet is much too hard to resist. Maybe… just a little nibble.

“Liv, I’m not looking for forever. I’m not interested in long term or marriage or anything like that. Just you and me, spending time together, having fun and maybe getting naked. No promises and no heartaches. We could be good together. And when it’s done, it’s done, no harm no foul.

“So this is what, build up for one hell of a one night stand?”

He wanted to say yes, but a gnawing appetite told him one night wouldn’t be enough. She was too mouthwatering to be ravished. He wanted to savor her spice until it burned him, let her sweetness flood his bitter soul until his teeth ached with it. No, one night was nowhere near enough time.

He couldn’t resist one last taste from her lips before whispering against her cheek. “A night, a week, a month, who knows? It’s for as long as we’re both enjoying ourselves. And you will enjoy it, Livvy.”

And how can she control herself when she realizes just how yummy he really is. Okay, she relents… maybe a light and easy summer fling, just to get him out of her system. Yeaaaaah, that’ll fix it! 🙄

When two people are that attracted to each other, they can make all the rules they want, but, things are bound to change along the way, ya know? Knowing you shouldn’t makes it that much more intense. And the stakes are raised when his “aloof” demeanor takes on a slight twist:

Watching (no… more like, scowling) from his kitchen window, as Livvy comes home from her date with someone else…

“Me thinks my brother has a girlfriend.”

“No. If she were mine, do you think I’d be letting that happen?” He jabbed a finger at the window. Gina peered out just as Crewcut pressed a soft kiss to Livvy’s mouth. A guttural growl formed in John’s throat and he caught it before it burst from his lips. His eyes saw her with Crewcut and his mind just screamed mine.

Gina laughed. “Johnny, if she isn’t yours, then why’d the pencil in your hand just snap like a twig?”

Not so confident and aloof now, is he? Tee hee!!

This book is HOT!! It takes it’s time, nice and slow, let’s you get attached, fall in love, and won’t give you “all” the goods until the time is right. You won’t be disappointed.

And like every good book in my favorites list, there’s gotta be tension, misunderstandings (a few serious ones, in this case), and eventual disaster. Their fears get the best of them. This book is actually kind of dark, and deep. These two both have a lot on their emotional plates, and when the author decides to rip your heart out – watch out! You will feel the pain.

All of those quotes up there? Those are only from the first 10% of the book. Can you imagine how much is left for you to experience?

It’s safe to say, I loved it, and highly recommend it!! 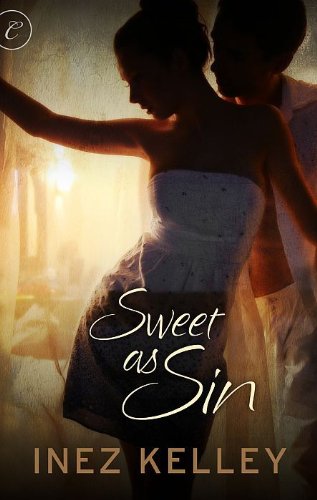 Now this I can live with (warning you could possible be in danger of an emotional overload)………..wooooo( that’s me exhaleing ). I am going to go read it now. I still have butterflies from the need of my new pacemaker.

Tee hee!! I love finding books that make us freak out. Problem is, I’m usually the “guinea pig”. I go into ’em not having a clue (which has made for some not so pretty panic attacks). Oh well, those end up usually being my favorites.

Wow I need to put this one on my list!

Just finished reading it!! Really enjoyed it….but oh boy, did John have some emotional baggage or what!?!?

Despite the possibility that my kids have called CPS……..for child abandonment hahahahaha. Wow the book was awesome and well worth the 4 hours of sleep I am working with. Now I just have to convience my spwans I love them more than my books…(wish me luck). Thanks again

Awww poor thing Patricia… umm, ’cause, tomorrow, I have another book review posting. It, too, kept me up all night. Tee hee.

So hug your kids plenty tonight, get some sleep, cause the sleep won’t last long 😉

Roxy, did he EVER!! Wow, my eyes bugged out a few times.

Another great recommendation! Loved it! Thanks!!!!

I just finished reading it yesterday and all I can say is WOW. It had me crying at certain points and laughing at others. Thank you again for an excellent recommendation 🙂

OMG! I know I’m late to this party but Holy Emotional Wringer. I was chomping at the bit after 2 disappointing reads and stalking your reviews to find something to scratch my itch.

Quality writing, strong character development, excellent plotting… and the ANGST. Lawdy.. the ANGST. I don’t know if I will reread it 20 times in a row like Sweet Dreams or At Peace or 50… but definitely qualifies for a future reread.