Under the Cowboy’s Control (Contemporary Western Romance, Texas)
OK. I admit I found this one on another one of my “Travis-like-Beautiful Disaster” quests. I’m still looking for another heart breaker, and I’m bound to find it eventually. And while I liked this one enough to read it from start to finish in one sitting (it’s fairly short, and quite good), I didn’t like it enough for it to make one of my “top lists”. Enjoyable, but it didn’t put me in a tailspin.

It was recommended quite a few times on a forum, for other readers seeking another “Travis” (see, I’m not alone!). Possessive, jealous bad-boy hero who would do anything for the woman he loves. And surprise, surprise. The hero in this book (the “cowboy” in question) was named Travis too. While this Travis was also super possessive, insecure and jealous, I had a hard time comparing him to Travis #1. Yes, they are both excessively dominant alpha males, with significant “self-worth” issues. But this hero’s demanding ways were worse. Much, much worse. Worse then Travis of Beautiful Disaster? Oh yes. Beautiful Disaster Travis didn’t try to forbid Abby from doing what she wanted. To be fair, he may have pouted, and self-destructed a few times (tee hee!! *love*), but she ruled her own life.

This Travis ruled his. All of his. Anything of his. Especially his woman (who wasn’t even his woman yet, but he had decided she was, and so be it). He’s like a non-paranormal version of “Barrons” (for you “Fever” fans, you get the idea). Always under the guise of “it’s for your own good” or “it’s just to keep you safe”. I’m the big, strong, smart man, and you’re the sweet, innocent, fragile girl that needs me. His temper ran hot and cold, his moods and demands, completely unpredictable. Even scary. Yup, that’s the kind of hero you’re in for in this book.

The story? Twenty three year old Selena escapes danger from her life in Mexico and returns to the U.S. in hopes to reunite with her paternal grandparents.

Half Anglo, half Mexican, her entire life had been in Mexico, and she never thought she would leave her home. But now she was alone in the world.

Moneyless, tired and hungry, (with a limited amount of English skills) she runs into trouble when men physically attack her. She walks day and night to find safety. Exhausted, she eventually finds shelter behind a tree on a huge ranch. Travis’s ranch.

Travis, is a famous award winning bull-rider. Gorgeous, strong and a total bad-boy, he has finally made enough money to leave that world behind and work on his own ranch. But, it’s been years since he’s been in a relationship. He’s missing a woman in his life, and he needs one now.

The only thing missing was a woman.

Every now and then, when his lusts raged and he couldn’t stand it anymore, he traveled the road to Laredo, to one of the many bars there, and picked up a woman for the night. The short interludes were more from necessity than anything else. The drive was always a pain, and his days were too long and hard to find the time to go very often.

The last four years had been difficult to adjust to in that respect. For ten years, when he had been on the rodeo circuit, there were always groupies. Women who followed the cowboys, from one rodeo to the next. He had been in great demand with them. They fought to sleep in the bed of the world champion.

Well lookie here! Travis’s ranch hands find him one right on his own property! Of course, all they are concerned about is that this injured person is helped and so they take her into Travis’s house. But Travis is taken with her immediately. Tiny, delicate and scared, he gently nurses her back to health. As she begins to venture out of “her” room, he warns her to stay in the house so that she doesn’t get into any trouble with his own men.

“We’re going to play this one way and one way only. I say jump, and you say how high, got that?”

She pulled on her wrist. He didn’t let go. “Yes,” she hissed.

He released her instantly and stepped back. “There’s your breakfast. I’ll be back here for my lunch at one o’clock sharp. Have it ready.” He turned and strolled to the door. Then he turned back to face her. “And Selena. If you know what’s good for you, you won’t leave this house.”

Ugh!!!!! Ugggghhhhhhhhhhh!!!! Grrrrrrrrrr!!! UGGHHHHHHH!!! What an ASS!!!  I mean this conversation escalated from sweet and gentle (her feeling bad because he was taking care of her, offering to work for him so as to make it fair, him saying she didn’t need to work for him and then… their argument escalated all the way to THIS!!). There was plenty in between, but this is what I’m getting at when I mentioned the “hot and cold” issues with the hero.

But of course (warning her to stay inside for her safety was overkill). He had nothing to be concerned about. His men proved to be wonderful additions to the story. Adorable, sweet, respectful, and protective. I adored them all, and so did she.

But Travis struggled terribly with how well they all bonded, and how much his men all seemed to adore her. And his bone-headed, “she’s MINE” demeanor took over.

“Is the boss keeping you hidden for a reason?”

She didn’t understand the question. “S-sorry?” She stumbled over the word. She heard a door click behind her.

Clinton continued. “Do you belong to him? Did he stake his claim already?”

Selena realized what he was asking and immediately blushed. “N-no”

“Yes.” A voice barked behind her.

All I can say about Travis is… whoa. Too much. The MASTER. I wouldn’t have been surprised if he started beating his chest… Wait. I think he did!!

Travis put his mouth to her ear and breathed in her scent. She trembled in his arms. He whispered in her ear, “Did you know that when a man wants something really badly, if he doesn’t get it, he can act spoiled and mean?”

He would go from soft, gentle, sweet and so giving, to cold and demanding, with rules and orders that HAD to be obeyed. Mind you, the author made sure to let us know that this hero had standards.

“No, no, baby. Nothing like that. Selena, I’m an honorable man. Please don’t think terrible things about me.”

He never became “physical” (well, other than a few uncomfortable wrist-grabby moments). But still…

Honestly, I don’t really know that there would have ever be any real consequences to his woman, if she didn’t “obey” him. There were plenty of times she purposely defied him, and come to think of it, all he did was stomp, bluster and pout. But his words, and his demeanor were enough to make me happy I wasn’t her. Most of the time, anyway.

Most of the time? Yup. ‘Cause the author had a little trick up her writing sleeve. Despite my resistance of this hero because of his neanderthal behavior, he still managed to make me swoon. Many quiet, gentle and caressing moments together, and so many attempts on his behalf to make her happy, with big things, little things… any thing.

God she felt good in his arms. He relaxed and allowed the feel of her to seep into his soul. He closed his eyes and within moments, he was asleep too.

I was exasperated at my own vacillating. One moment I was growling, angry and hating him, and the next moment, those darn butterflies were whirling in my chest.

My husband noticed my intent concentration on the book, asked how I liked it and I said “I’m so confused. I hate him and wanna kick him you know where cause he’s such a jerk, and then the next minute, the author makes him seem so sweet and vulnerable.”

And then I felt the need to make it abundantly clear that in real life, acting like this with me, would so not work. I could swear I heard him chuckle knowingly under his breath… 😉

So I dunno guys. It must have been plenty good because I didn’t put it down once. But will it stand out in my head a few months from now? If you’re in the mood for an excessively over the top sexy alpha, with a gentle heroine that almost seems to tame him (but never completely), and almost seems smart enough to stay ahead of his game… then give this one a try. 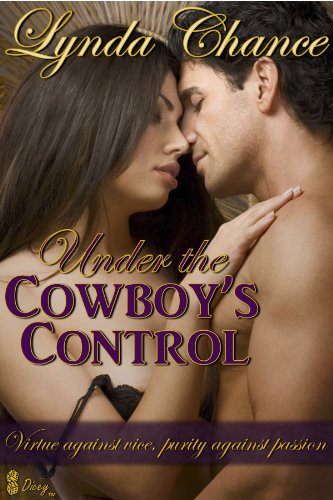