Unwritten Rules
Nice cover, good solid read, but I didn’t fully “fall” for the hero. I would start to, and then something would happen that would just not let me go fully. Tortured soul that the he was, and the exciting “let her in” and “pull away when she gets too close”, it was all there. Yeah… very good. But, there was just something about this book that always held me at arms length. And come to think of it, that something was really just… “Jonah Quinn”.

He had everything that I wanted in a bad-boy hero. Tattooed, reclusive, indifferent, quiet, and a gorgeous rock musician to boot.

His blue eyes were glinting with humor, and I noticed two small dimples on either side of his mouth.

So I’m really not sure what it was that held me off. Well, actually… HE held me off. He was so emotionally complicated. Deeply troubled by his own past, distraught, so guilty, just SO angry. So much so that he bordered on scary. And while I felt like he truly liked the heroine, I don’t know if I ever felt that “deep down love” while reading this. I *felt* him but his character didn’t consume me. *hrmph* Thinking about it again, and going through some of my favorite highlighted parts… maybe I *felt* him more than I thought I did. I dunno… Jonah confuses me 😉

As I discussed with my Facebook friends when one mentioned it:

“I read it. It’s very good – didn’t knock my socks off, but I enjoyed it straight through. His angst is pretty rough at times…the hero for unwritten… quite a tortured soul. Very sexy, but ooooh very upset.

“… I will definitely be giving it a positive review – cause he had his amazing moments, and the “mystery” of what was making him so angsty was interesting…the “rockstar” part of him is minimal (he has a very popular local band but not much is experienced by the reader). Mostly just his angst, his temper tantrums, his pushing her away, and her getting through those walls. And it’s a bit dark. I liked it, but I didn’t get in a frenzy over it.”

So how does it start?

Elle has recently noticed one of her apartment building neighbors when going out each morning for her mail. He’s gorgeous, but doesn’t seem to notice anyone around him. Doesn’t look like he even wants to notice anyone. Certainly doesn’t want to be noticed. Has that whole “leave me alone” vibe. Mmmmmmm dark and brooding, yet gorgeous. I like it!! This definitely had an exciting start.

But she’s crushing. HARD. So she purposely mulls around the mailboxes until he shows up each morning.

I was thankful there was no one else around to view my wanton foolishness. The fact that i had been waiting fifteen minutes, just to check someone out while they collected their mail, would get me locked up. The police had a name for people who did that.

On that thought, I felt it.

It started out as a small tingle across my skin, as if my hairs were all standing at attention upon his arrival. My heart thundered in my chest, and my palms began to sweat as I reached out to open my mailbox. He came to stand beside me, heat radiating off his skin.

And it’s been working for her. Cause at some point, he notices her.

I’m Elle, by the way,” I finally  blurted out before he disappeared.

My heart stopped and I hung my head in shame.

Ooooh so exciting! It gave me a thrill and I was delighted to be reading this, at this point! Heart beating fast, adrenaline rush… I was totally crushing too!

So they begin their flirtatious dance around each other. It’s obvious they’re into each other, but he never quite lets her in. And then every once in awhile, when he does… all hell breaks loose (cause he freaks right out!!). And in turn, he full on breaks her heart. But even that’s kind of fun, cause well… it’s not easy. The love story is not simply given to us.

“I find relationships… difficult. I’m disgusted at myself, but when I woke up with you next to me, I panicked. That’s the only excuse I have.”

I glared at him.

This heroine has to seriously WORK for his affections, his trust and most certainly she has to work for his commitment to her. And really, that is the hardest part of all.

He doesn’t allow anyone to get close to him. One night… maybe. Physical, sure. Why not. But close to him, who he is, his heart, his being. NEVER. He’s hot and cold. Always. Not because she’s not good enough for him (although the heroine *might* get that impression by how he acts – he can be a real… jerk). But no. Because he thinks he is not good enough for her. And is he right? That is what this book is all about. Dealing with his relentless distancing, needing then rejecting, hating himself, hating his life, rejecting anything that could place value on who he is.

But why? Ahhhh that is the book “twist”. His secret dark past, and all he has done to avoid facing it, in turn, destroying himself in the process. He has some interesting outlets, but he’s guarded. So, yes, if you’re in the mood for it, he might be fun to “discover”, and in turn seeing what’s beneath all that angst. But again, I didn’t fully fall for him. Maybe I’m too resentful? Maybe I was having an off day? Maybe it’s one of my “it’s not you, it’s me” moments?” *shrug* 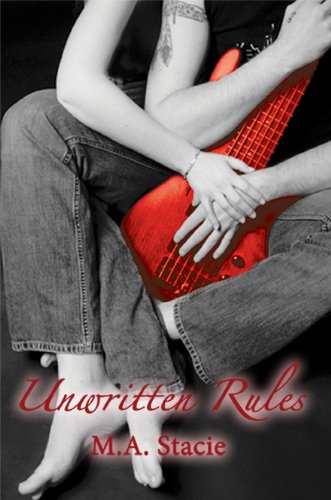 I didn’t fall for him either, but it was a good read!! I am just about to start “Trevor’s Song by Susan Helene Gottfried which looks good.

Jennifer!! Thank you for that one! It just made my wish list 😉 Means I should be reading it soon.