X
You are here: Home / News / Amber Lin’s “Selling Out” has just been released – Check out the trailer!

Selling Out (The Lost Girls 2) <— just released!
Remember that book I read last year that I really liked, called Giving It Up? It had a dark and somber tone to it, ’cause the heroine had a specific (and possibly dangerous) need and ventured out at night in search for it? And then one night she met an angry-looking guy… and

well. Let’s just say that I couldn’t put it down once I read his reaction to her. I read it with a heavy heart, (’cause of her) but at one point my heart totally broke, for him (check out my review here). I will never forget Allie and Colin.

And guess what?! The author just released a second book in that series (another “lost girl’s” life), and I’m excited to read this one, too! The author told me…

“It’s the story of Shelly, who was Allie’s friend and a high-class prostitute, and Detective Luke Cameron. A modern-day star-crossed lovers story :)”

Check out the synopsis, book trailer and excerpt below:

Shelly Laurent escapes her life as a high-class escort, but against her better judgment she takes the scared young Ella with her. In retaliation, her pimp and his dirty cops frame them both for murder. On the run, Shelly turns to the one man who could be her salvation: Detective Luke Cameron. She doesn’t know if she can trust him or if he’s just a mirage, but she needs his help to free them all.

With a heart forged in fire and irreverence born of necessity, Shelly fights Ella’s demons–and faces her own. She throws light on the shadows of Chicago’s underworld, challenging everything she knew and the man she’s come to love. Together, a prostitute and a cop fight for truth stronger than secrets, hope deeper than deception, and a bond more enduring than betrayal.

And check out the excerpt!

“Shh,” I murmured, stroking his back.

But his protests fell away as I pressed my breasts to his arm and my tongue to his ear. His harsh inhalation sounded broken, shattered, or maybe that was me.

I tasted salt and man, earth and spring. Slow licks alongside his lobe and upward, more suggestive than sensation, but for a man like this, anticipation would be everything. Or so I had imagined, all the times I had dreamed of it.

A small sound escaped him, somewhere between a grunt and groan. I took it as encouragement and smoothed my hands along the hard planes of his shoulders, his chest. Not anywhere near the bulge in his jeans, because this wasn’t about pleasure—it was about wanting.

Anything to get closer, I let my knees slide apart around his side, the faint heat of his body a shock to my core. His hands clenched and opened on his knees, and again, the muscles rippled beneath his darkly tanned skin. Was he restraining himself from touching me or pushing me off?

“Baby, no,” he groaned, letting his head fall back onto my shoulder.

No, I would never deserve to have him as more than a sex partner. And he had never fucked me, though I knew he wanted to. Every time he saw me, his eyes would darken and my stomach would bottom out, but we’d never touch. But maybe for one brief inconvenient moment, while the door was open and the young woman beyond it needed help, we could pretend. Maybe it could be enough.
I shut my eyes tightly and pressed a kiss to his temple. Pretend, just pretend. I would give him the sex he had craved, and in return, he’d give me memories. It would be a payment, just the same.

“You want this,” I whispered.

He shuddered in my arms; it was like hugging a wild animal, one who could just as easily maul me as cuddle.

It unraveled me, that plea. As if he understood that a little bit of my soul slipped away every time someone touched me. As if he would cherish the part I gave him.

I scrambled away from him as if burned, breathing hard. No.

No one understood, which was exactly the way I liked it. I ran a shaking hand over my face to smooth away the panic.

Sure, he knew the score better than most people. He had worked the beat as a patrol cop and then as a detective. Life as a high-priced escort wasn’t glamorous; it was sweat and blood sprinkled with glitter. But he didn’t know the full extent, and I prayed he never would. Henri didn’t sell bodies; he gutted them.

I panted against the headboard, unable to walk away but unwilling to beg. Luke remained carved in stone where I’d left him sitting on the edge of the bed. The air pulsed with doubt and longing—with sex.

“I want it to be real between us.” He spoke low and hoarse.

A quiet sound escaped me. Every caress, every pinch. Every slur ever spoken. “It’s always real. That’s the problem, Luke. It’s always too damn real.”

He hung his head, and I thought for a moment I heard him say I know, but the moment slipped away, the sweet intimacy sailed away like clouds on the horizon—never really mine. 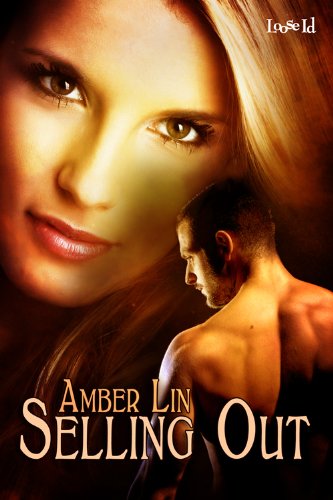