<— M/M ROMANCE starting with a plane crash and survival in the Alaska Wilderness?!!! You know I’m totally into this trope and this nail-biter of an excerpt gets me SO excited!!! And it’s going live on June 3rd!!

It was described to me as:

…features the rugged Alaskan wilderness, some sizzling slow burn attraction, and some rough and tumble men without an interest in falling in love…until they do.

Ready for a taste-test?

The first two exclusive excerpts looked at two scenes prior to this one. Everything has changed—our heroes are more aware of each other and now the worst has happened. And now, in the aftermath, they’re going to need each other like they’ve never needed anyone else.

Check out part one on Natasha is a Book Junkie and part two on Shh Mom’s Reading before diving into this high energy conclusion!

“Brace for impact.” Toby’s voice, usually so light and charming but filled with serious intent now, crackled over the headset.
Chills raced through Reuben’s body. He’d known something was wrong when the usually chatty Toby had gone silent for a long stretch. This was exactly Reuben’s worst fear about flying in a small plane—being at the mercy of the weather. The lightning had almost made him need the airsickness bag.

And he wasn’t someone who felt fear easily—no nerves walking into big meetings or signing important deals. Hell, he’d never even had test anxiety in college and law school. He regularly drove on snow in the winter, and he was known for being good in an emergency. But this sort of life-or-death terror was new, almost paralyzing in its intensity.

Come on, think. Think. Years of halfheartedly listening to preflight safety checklists came filtering back, and Reuben tried to remember what brace meant. Lean forward. Feet on the floor. Arms tucked in. Hell. He hoped he was doing this right. The plane lurched again, but he didn’t dare lift his head to look out the window.

When had he prayed last? When his father passed away years ago? When Amelia was born? Amelia. He couldn’t die, not yet, not when he still hadn’t figured out how to talk to her, not when he’d failed so spectacularly at parenting, not when he hadn’t seen yet who she’d become. He couldn’t go out this way. He saw everything in stark clarity in that instant.

God, I’ll do whatever it takes to be a better father. Better man. Just let us live.

Bump. His prayers came to an abrupt halt as the plane went from bouncing in the wind to connecting with something real and solid. Not water.

The next few seconds both dragged on like an eternity and went by in a jumbled blink, plane getting tossed around, him jolting from side to side like a pinball, seatbelt digging into his thighs. The awful sound of rending metal filled the air, but he also caught a few muffled curses that weren’t his own.

Then silence. Nothing but silence, eerie and awful as the world went gray, then black.
“Reuben? Reuben?” A strong hand shook his shoulder. It took him more than few moments to realize that he was still in his seat. And alive. His arm and leg muscles burned, and he figured that dead would feel more floaty, less urgent. He took one shaky breath after another, heart racing like it never had before. Yes, he was definitely alive.

“We’ve got to get out of here.” Toby loomed over him, tugging at his seatbelt, pulling at his shoulders. “Smoke. Fire. Come on.”

“Smoke?” Even as he said the word, the air was caustic with the scent of fuel and rent metal—a dry, bitter odor that carried with it a sense of doom. Fire. There could be fire. He shook his head, trying again to make sense of the impossible. The smoke hampered his ability to see Toby clearly.

“Front hatch is too damaged. Gotta climb out through the rear. I need to get the emergency kit before it blows.” Toby yanked on him again, and this time, Reuben got his body to cooperate.

Get out. Get out now.

Not the most limber on the best of days, he pushed the seatbelt Toby had already unbuckled away with trembling hands and struggled to turn himself so that he could follow Toby’s orders. Finally extricating himself, he tried to navigate the awkward drop to the ground. Felt too good to have dirt under his feet again, relief coursing through him almost disorienting in its intensity. He stumbled clear of the plane. Toby was busy throwing items from the plane—their luggage, a nylon pack with a red cross on it, sleeping bags.

“What can I—” He never got to finish the question as the wing of the plane, already at an awkward angle, gave a sickening screech, breaking free and crashing into Toby, knocking him off the plane, and trapping him under it. Toby didn’t have chance to react—neither of them did, no chance even to scream a warning before it was over, Toby on the ground, wing and debris over him.

“Toby? You okay?” Reuben rushed over, forcing his voice out past his panic. Silence greeted him, but he had to know. Please don’t be dead. Another useless prayer sent up. Please don’t let me be alone here. Hell, he could almost hear God laughing at such a selfish request. But he meant it, didn’t want to be alone. And he liked the guide, liked his easy smiles and charm and ability to banter without taking shit from anyone, liked the growing sense of closeness they’d shared, even beyond the flirtatious moments and heated looks, and he refused to contemplate a world where all that vitality had been snuffed out.

Toby’s upper half was free of the debris, but he had a nasty bump on his temple that was already turning purple.

“Reuben.” Toby blinked again, as if he was trying to place where he was and who he was with. Not a great sign. Reuben’s stomach, already uneasy, lurched. They needed a medic. An ambulance. Something.

“We crashed. You saved me. Saved both our lives. But now, we’ve got to get you clear of the plane before there’s a fire.”

“No.” Toby groaned again, this sound decidedly pained. “You go.”

“Nothing doing.” Somehow Reuben summoned the voice that got shit done at the office. “We’ve got to get you free.”

“I know.” He touched Toby’s hair with what he hoped was a gentle hand. “Can you feel your fingers and toes?”

Hell. Reuben might not know much medical jargon, but he did know not to try to move a suspected spinal injury. Not that he might have much choice if there was fire.

“Good. What hurts?” God, he hated this helpless feeling, not knowing how to make this right, what the right course of action was. But he did know he couldn’t leave Toby.

He’d been injured trying to save Reuben, had saved Reuben. Hell, he’d most likely still be passed out in there if it wasn’t for Toby. 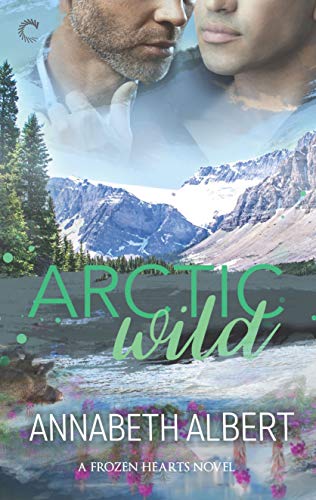