X
You are here: Home / News / Latest Book Releases / Monday Earlybird Book Releases + some that are going live at midnight! 05-14-18

BREAKING NEWS UPDATE!!! K. BROMBERG’S LATEST IS LIVE!!! SINGLE DAD ALERT… She started a “Hot Dad” contest in a magazine and she once broke this one’s heart! ROAR! 😉 Worth the Risk ➔➔➔➔

“…But the one thing I never expected to happen, happened: Contestant number ten, Grayson Malone. Hello, Mr. Difficult. And did I mention sexy as hell?

Unfortunately he knows me. The old me, anyway. And while we might be older now, I remind him of before. Of the woman who broke his heart, who hardened him, and who left him alone to raise the cutest little boy I’ve ever seen…”

Happy Monday!!! Yet another early bird list with goodies to tempt us and a few highlights of what will be going live at midnight!! I’ll be adding more to the list if anymore go live early (let me know if you see any). 😀
Also in case you missed these yesterday, don’t forget to check out one of our newest lists ➔ Reader Recommendations – Friends to lovers romance books. I’ll be adding more to this list, too!
AND my latest ➔ 4.5 star Book Review – Disturbing His Peace: The Academy by Tessa Bailey
LOOK WHAT JUST WENT LIVE

Caroline: I just finished reading Sidecar Crush by Claire Kingsley. She and Lucy Score are collaborating on a new series called Bootleg Springs set in rural West Virginia.
The first book by Lucy Score, Whiskey Chaser, and the second (Sidecar Crush) are rom-com at it’s best. Supposed to be a six book series with each other writing alternate books. Fantastic so far!!!

Robyn: I’m doing a Silver Swan and Broken Puppet reread this weekend, cuz guess what comes out Monday???? It would be Tacet a Mortuis, Elite Kings book 3 by Amo Jones! Can wait to see what these bad boys do in the next book.

For those going on a road trip soon, or maybe you’ve got some projects that require both hands this weekend but still allows you to “listen”… check out the free audible trial + 2 free audiobooks deal —> 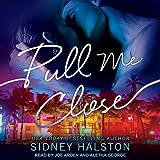 Leslie M: I had some work to do around house today so I couldnt eread and started a new audio. Pull Me Close by Sydney Halston. I am really liking it so far!!

Tweaks Leslie on the nose and runs…happy Monday, Sunshine!
It’s rainy and gloomy, and I’d rather be home reading myself!!!

Horrible sleep…..
Lisa and Leslie let’s all play hooky from work and read?

*blinks* Good morning. I’d be excited about War Storm but I still have to read King’s Cage. That was another casualty of my nonfantasy mood.
That said, I got Tacet a Mortuis. Even though they desperately need an editor, the second was better and the story is my type.

Good morning! Excited to start the Voyeur BR this morning!

*yawns loudly*
Is it seriously only 10:00?? Ughhh… *reaches for more coffee*
Absinthe of the Heart was a definite click. Reviews used the word “gutted” so YES please.

Ooooooooh GUTTTTTTEDDDD!!!! That’s my catnip, too!! 😀

Running back to check Absinthe of the Heart. Blink…blink. How did I miss gutted?

Robyn, I haven’t read it yet, but I fully expected bad editing. I almost didn’t read the second one because the editing is so horrible. It’s like she just finished the first draft and thought, good enough. 🙁 That said, still totally intrigued by the story.

Absinthe does sound good, but it’s book one and I think book 2 doesn’t come out until September. Putting it on my tbr list.
Maryse, Worth the Risk, K. Bromberg’s latest released today.
Finishing Ride- which I am LOVING and then reading that one.

Thank you Cheryl!! Then, please update us on how you’re liking Worth the Risk. 😀

Wait.
First Maryse needs the Ahjussi to gut her.

bev, I’m having vivid images from a horror movie… of the Ahjussi… gutting me. *gasp!!!*

Jana Aston is an automatic Click for me!!!!!! Loved her debut novel “Wrong” and every single one since. But that first one. He’s her gynecologist and she’s a VIRGIN!!!!!!!!! I absolutely loved it. I bet this new one will be fantastic too.

To watch one show.
Then hopefully be awake to read one chapter.
Then off to sleep.

Sleep? Where’s this “sleep” you speak of??

I’m really liking the sound of Worth the Risk!! But I have too many books to read right now!!!!

YAWN! You ladies must be in a different time zone than me. My coffee parade is just starting. Saving grace: 1-click happiness 🙂 “Worth The Risk” you are mine! Coffee, book, kitty-cat in lap. I think I’ll make it through this morning.