Lady Luck (Colorado Mountain)
Quick note: This isn’t a book review (yet) cause’s I’m still only in the first half, but, you know me. If it makes me *squee* or cry, I gotta share. 😉

Yep, as you can see I’m still on my “Kristen Ashley” marathon, and while I agree with many, that, reading her books all in a row means the reader will experience repetition, I’m still good with each book overall. Great actually. Sure, the characters have a similar way of speaking, of being, and there certainly is a sort of “formula” to it all. Despite that, I am still having fun, and really feeling the characters! They are making me react, and fooling my brain into thinkin’ it’s me, so I’m still in!

Right now I’m on book#3 in her Colorado series and it is soooooo good to be home in Carnal. For those of you as obsessed with Tate and his world as I was, good news. We’re back. Okay, this may not be Tate’s book, but all of the old characters are there, the scenery, the businesses, Bubba’s. Everything. We’re home, folks.

And Ty. Hulking, tattooed, furious and just out of prison (wrongfully, btw). The strong, silent type. One word answers. Sometimes, no word answers. Just a look says it all. And then, the thing that prompted me to do a *pre-squee* here in a “currently reading” post. Ty’s resistance in letting down his emotional guard around the heroine (oh and the circumstances of what brought the heroine and he together – priceless and a bit shocking!!) But I was very excited at this “take” in their budding relationship. Talk about stepping out of the frying pan and right into the fire.

Anywho…. as I was saying. Ty’s the typical alpha in that he spends too much time protecting his heart from the one that could probably ease his pain. And in doing so, he eventually let’s his “jerk” out. Big time. That gasp-worthy “how-dare-he” fun stuff that we love in Kristen’s books.

And okay wait. Jerk is too soft of a word for this particular grrrrrrrr-worthy moment. The author does a reeeeeaal good job at putting her reader at ease, making her comfortable, soft and gooey for her hard-core, protective, reluctantly-opening-up, gruff-demeanored alpha. Then, she pulls that rug right out from under her reader with this (I’m cutting into the middle of the conversation, which by now had me fuming and trembling. It is worse than what it says below, but kind of a spoiler-ish moment, so I’m choosing the quote carefully):

I whispered “That wasn’t nice.”

His blank but still beautiful eyes leveled on mine. “Never promised I’d be nice.”

“You’d been being nice,” I reminded him.

“Yeah,” he affirmed then said, “Mistake. Told you in Vegas, been in chains five years, don’t need anything chaining me.”

and then pages and pages of a sort of heartbreaking realization for Lexie (the heroine). But then, Ty discovers the flowers he once bought for her that she so carefully tended to (a sweet and revealing moment for both of them)… in the garbage.

“Answer me, Lexie. Why’d you throw your bouquet away?”

“It was just flowers.”

and then when he couldn’t deal with “her light” being gone. Extinguished…

He had to have her light back.

“Let me go,” she whispered.

He moved his lips to her ear and whispered, “I hurt you, baby.”

There’s more where this come from. That whole part is better then how I worded it for you, ’cause you get all the detail, all of the emotion, all of the thought processes, the heartache, the decisions. But I had to let you know that this one already had me reacting. This was all in the first 29% of the book. Can’t wait to see where it takes me! 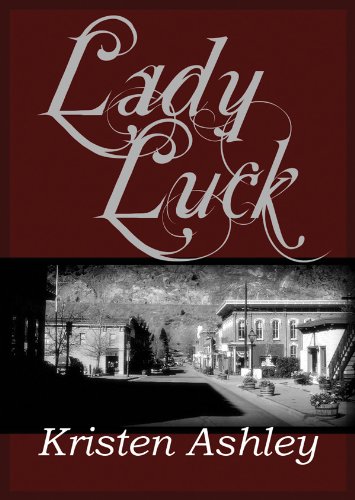 Hey their maryse!!! I just wanted to stop to say, Im Looooving your blog. Your so funny and I just adore all your reviews. I now have a list thats a mile long with books to read, yayyy!! I have to say though I went to chapters yesterday and I had a list of the 3 books I wanted most, Beautiful disaster, sweet dreams and lady luck. And I found out they were all e-books. Lol! Boooo. Oh well, It just means Im gonna have to choose a great ereader asap so I can get to reading them ;).
Thanks again maryse!!!! Your my new favorite stop on the web!!

Yes. Yes. and Yes. Everything you’ve said here. This is the book that got me the most.

I loved this book and thought it was probably one of the best of the 3…it was quite an emotionally draining one that’s for sure! Got to say though, Ty takes the crown of most demanding and frustrating one of the 3 blokes we met in this series and it took me a while to get used to him but without a doubt he got me in the end. Oh and I loved that we had all the characters back ;0) Nx

Finished this one a few days ago, Maryse. Just wanted you to know that I’m here for you if you need some hand-holding and hugs.

Kim! I’m so glad you stopped in. Oh just you wait until you get your e-reader. You’ll be up all night with all of us! Instant gratification! BTW (Beautiful Disaster IS in print now, but only on Amazon, as far as I know – oh, and on the author’s own website)

Nicola. Okay, you too, are making me way too excited to finish this one. Who’s your favorite of the Kristen Ashley men now?

*wipes a tear with her sleeve*

… and then I immediately loved him again. Grrrrrrr!! LOL!

He has a bigger jerk moment later on. And it was so stupid, too. I’m emailing a picture to ya of my vision of Ty’s face. I know she wrote him to be 1/2 and 1/2 but I had a visual of him so check your inbox.

Thanks again for another great recommendation! I wouldn’t have found this author otherwise. I loved every single book of this series (Tate and Lauren are probably my favorite) and I’m going to start reading Rock Chick (her other series) tonight. The excerpt already has me hooked.

Hi Maryse, So I’m really lovin the new author. I have been following your recommendations for a while now & am so on the same page with you. Loved Tate, he is one of my fans now. I’m in th e middle of Gamble, really good, but not as good as Tate’s book for mere so far. But I am so tired from lack of sleep due to late night reading. It’s all good though, we kind of had a dry patch since Fifty, so I’m glad to be squeeeeing again!

Am I seriously the only one around that liked Ty just *this much* better than Tate? Seriously?

I’m going to be up all night reading this series !

🙂 I’m absolutely a softy, i bet i will be crying all through the emotional parts. Dang

Whitney and Jessica: It was a stroke of luck that someone recommended that Rock Chick series (which I intend to read soon, too). When I saw some of the premises of THESE books by the same author, I knew they were our next big *squees*

Chas… Ty is awesome, no doubt. But Tate, even in Ty’s book, is making me swoon. He is just so Tate. LOVE him. When he was pouring Lexie’s Cherry Coke, and he told her not to worry about paying him, it was just a coke, and the others piped up something like: “and a beer and a bourbon” and he quietly added, “and a beer. And a bourbon…” I giggled. Because I could see him perfectly, right there. I miss his book. LOVE HIM!!!

Rebeka: Prepare for book induced, exhausted zombie-mode. You know you’re loving your book when you hit that mode. 😉

Don’t get me wrong, Tate and being on the back of his bike are drool worthy. He’s freakin’ awesome. But with Ty, he’s so… um…. and so ummmm… and I have no idea. Words fail me. It’s a tiny margin, barely 1/16 of a margin, but Ty just, yeah.

I’m gonna have to go back and re-read both of them and figure out why.