About Last Night: A Loveswept Contemporary Romance
Great fairly quick read, but I’ll admit it took me until 35% to 40% to get really into it. Once I hit 40% I was golden, so if you can get over the initial “reading hump”, the story, especially towards the ends, will steal your heart. If you’ve read The Marriage Bargain, this one is very similar in feel. Not exactly the storyline and the character issues, but certainly the romantic mood, and story progression has that similar emotional touch.

Lots of learning, emotional growth, resistance and even a bit of heartache (and a couple of surprises a long the way)…. all the stuff we love in our romance, and the journey is certainly worth it. He (“Nev”) may not be a bad boy, but he’s wonderful to experience, and sometimes it’s nice to be coddled by a “Prince Charming” of sorts.

But Chicago born and raised Cath isn’t so sure about that. She’s been watching “City” (what she’s dubbed him, while people watching on her train to work every morning) for awhile now, and while she acknowledges his absolute classy, distinguished GQ sexiness, she couldn’t see her former bad girl self (in her new “good girl” mode) being with someone like him.

He wasn’t her type at all. When she fell, it was for the bad apples, the unapologetic scoundrels with funny stories, wiry bodies, and battered guitar cases. Not for guys like City. Not for men who were good.

Sure she’s cleaned up her act, and she’s making something of herself working in a museum, but she’s sworn off drinking, partying, and especially men. They only wreck her heart anyway, and an obvious ivy league rich boy like him would certainly have nothing to do with her in the long run, right?

‘Cept she comes across a different story when she wakes up from a drunken escapade (one oopsie bad-girl blip in her new good girl lifestyle). ‘Cause when she wakes up in a strange bedroom, and follows her nose to the delicious smell of breakfast cooking, imagine her surprise when she sees “City” cooking breakfast, and grinning at her.

Of all the guys in London, she’d gone home with City.

And so their story goes.

Then he smiled, and Cath temporarily forgot to breathe. City didn’t look like City when he smiled. It was still his face, though with nice teeth and a boyish dimple in one cheek. Pleasant surprises, but there was something else, too. An I’m-going-to-eat-you-up something. Smiling, City didn’t appear altogether safe.

To her dismay, he lit her up like a pinball machine.

Yep! They’re hot for each other… but they both have their own demons to wrestle, and while hers are tattooed as a reminder all over her body, his are a part of his bloodline.

Her reservations, his reservations. Her secrets, his secrets. Her past… his future. Their future? Ooooh the drama! And lemme tell ya. It actually gets profound at a certain point. So for me, overall… perhaps not enough angst and nervewracking romantic tension and agony to make me swoon like mad and to make my heart palpitate like crazy, but still a great afternoon read.

Sometimes it’s a good to take a break from the harder stuff to read a solidly written story about to “social opposites” who make each other’s hearts race. It felt like I was reading a sweet “chick flick” movie. Maybe not one that you’ll be thinking about for days, but one that will certainly hold your attention at least for a few fun hours. 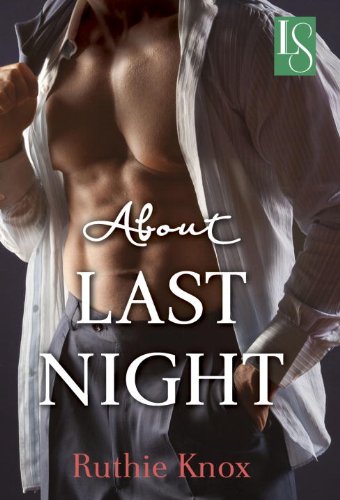 Yay! I really enjoyed this one, too!

Loved this one as well. City is so dreamy… I could hear his sexy accent in my mind!!! 🙂
Riding With Me from the same author is even better… I got it from one of your lists, so… thank you! Hot guy and all the other crazy hurty drama we love… One of the bests I read this year so far…

I don’t usually think of English guys as hot except for maybe David Beckum (YUM)…But City was hot. But the single best scene of this book for me oddly had nothing to do with City rather, when Cath chipped away at City’s mom while she was trying to knit Beatrice a sweater! Laughed out loud. Can you say “tramping it up”!