Abruption
Sweet sweet sweeeeeeetness and it had me right form the get-go! I sampled it, and this was one sample, that as soon as it was done, I went in and one-clicked it right into my iPad. LOVED it! 😀

And I should have known, since a few of you commented and let us know how into this recent release y’all were.

Michelle:  I can’t rave enough about how incredibly DIFFERENT this story is. There’s nothing to compare it to so it is a perfect “what to read after.” I saw you post about it, but if you haven’t read it and you’re looking for an emotional journey that feels so real and imperfect that you forget that they’re actually imaginary characters, or a book with twists and turns that make you question your own intelligence for not seeing things coming, or if you want to laugh out loud because you feel like you slipped into your own family reunion (as an outsider peeking in at the lunacy), and you want to fall in love with the most adorable kids ever, then you have to read this story! Can you tell that I’m having a book hangover?! Sigh. I’m jealous of everyone who gets to read it for the first time going in blind.

Jillian: oh oh oh Abruption!! Beautiful 5+star read! Loved it all! amazing single father and a heroine that was one of the strongest women I’ve ever read, kids were adorable and a twist I wasn’t expecting! Definitely go for this one, couldn’t put it down, read it in one sitting! …such a unique and awesome cover..book just as awesome!

Cheryl: The h is a feisty nurse-and it involves a special needs child- both of which I can relate to I liked it. Wasn’t crazy angst and you were told the secret for one of the main characters early on and the other one I figured out before it was revealed. Then there was another “twist” that you can kinda see coming. I also liked it because the MC were a nurse and doctor and being a nurse I appreciated the medical “talk.” Started reading the authors, yes it’s 2 authors previous books to bide my time until the BR of The Score. The first book in a 2 book series, even though I *think* each book is about 2 different main characters and their stories, but their stories are interrelated. (if that makes sense). Also, book 1 has the H from Abruption prior to what happened in that book. Also set in the medical environment. 😀 …Enjoyed the medical aspect.

Robin: Stayed up all night reading Abruption. That cover sucked me in (maybe because it’s freaking everywhere right now) and it did not disappoint. Finally, my book slump is over! On to the next …

I was intrigued and I was happy considering so many here loved the first two books in this series, and yet, we could read THIS one as a standalone. I was SO in!

It had everything I love, but especially the smooth-flowing story, that ramped up, and up and up until BAM <—

The quintessential contemporary romance story that takes place in a hospital (at first) and has that amazing meet-cute (but in this case, total meet-bad, since he was such an ASS!!)! Plus, the adorable young children, and two incredible, responsible adults (he’s a surgeon and she’s a pediatric nurse), the family, and the drama… in this case, one sickly child with special needs, and the two main characters still struggling with their own personal tragedy. You get sass, you get the crush, you get the friendship, you get that close family-feel (and the hilarity that goes with that!! <— her VERY Italian family had me snorting!!

), you get steam, you get sweetness, you get drama, and you get angst!

Jules is a pediatric nurse at a hospital and is assigned to a 3 year old with cerebral palsy. He’s having bad fevers, and is in for testing… and it just so happens his father is a surgeon at that same hospital. Handsome, yes… but known for his no-nonsense and brooding demeanor, he doesn’t fail his reputation when he regards his son’s new nurse with disdain (she’s “new” there, and obviously inexperienced…). *eyeroll* What does he know anyway?

The pompous jerk-face! LOL! And she lets him have it!

After a few more unpleasant and unforgettable run-ins (fun stuff!), she breaks through his mistrust and he looks at her in a new light, and asks her out. And that’s when the sweet fun begins.

…is there a minimum hour before you take off your slippers that I should know about?”

She moved so we were face-to-face, her eyes now honey caramel. Damn, she was beautiful. “They’re not slippers, they’re UGGs.”

And definitely not most women.

Because they end up actually liking each other and having the longest first date in the world when his son gets sick once again, and they both jump into action. Their bond being forged, and her love of his children in full effect.

But both are harboring certain resentments

She may have looked and sounded like my wife, but I had no f**king clue who this woman had morphed into. That tension I was struggling to restrain threatened to burst. Forget barely recognizing, I was a stranger to myself right now.

and pain from their past,

Loss was never a get out of jail free card, but I understood how it had the power to make you forget the rules of the game every now and again. Grief could be all-consuming, and some days just waking up was your only play.

…occasionally letting their concerns get the best of them and interfering with their potential future together.

And then… there’s that other thing. The twist. *oomph* I love when I read… all clueless-like, and get that shock! Makes for an extra reveal that we didn’t see coming, along with the ones we already knew were gonna hurt us badly.

“The three of you are all twisted up and entwined, there is no way to untie you. You’re keeping the pieces of my heart all together.”

Some perfect parts, for sure.

And while for me, it wasn’t unputdownable, it was 100% enjoyable, through and through. Very consistent in it’s delivery, and I certainly enjoyed that surprise twist. *gasp* I didn’t see it coming until it became obvious… I was too busy thinking… *other* things.

Now… maybe I should jump into #1 and #2? 😉 ➜ Beautifully Awake Series Reading Order 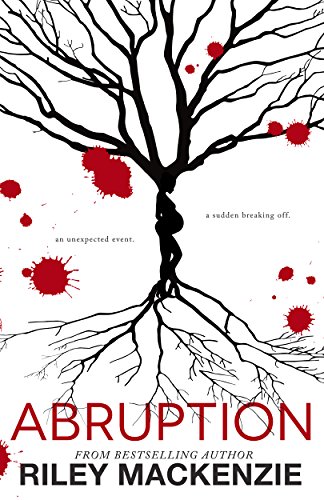 I’m book blind right now. Nothing is going to sway my attention from Fish Tales. Not even Super Bowl commercials. Book 2, Give Me Your Answer? Such an emotional roller coaster. No starts and stops this time. I devoured it. Now I am going into Book 3, Here to Stay. This series, solid 5 stars. Maryse, you know how to make a recommendation!

And YAY!!! Thank you for letting me know Sharon. You have no idea how much that pleases me. You made my day.

oh yes so glad you picked this one up Maryse! I loved it so much..may need a re-read soon! And just so you know I read Beautifully Awake after and I loved it too and it was really fun getting a sneak peek of Guy “before.” Now I’m reading Beautifully Done, what an incredible story so far, definitely need to read this one after Beautifully Awake because there are spoilers, gah I’m loving the hero Asher so much 🙂

Oooh, I didn’t realise this was part of the beautifully awake series, which I happen to have, still unread on my tbr. This cover is so different, and beautiful! I’ll definitelget to these soon, great review!

So I just one clicked and gonna dive right in! Il key you know!! As for fish tales the blurb didn’t grab me but maybe it’s one of those series I need to just dive into!!

Cait… let me know what you think of this one. Fish Tales is sooooo good, and shouldn’t be missed, though. Some readers find it a bit slow in the first third of book #1, but OMG do they enjoy it right after…

Really enjoyed Abruption. Kind of had it figured out. This sounds petty but I can’t stand the endearment “doll”. It always reminds me of an old gangster movie. It was also used in the book Collide. Right now reading Secondhand Smoke. Getting my biker fix in.

Julie!! You’re right… the “doll” endearment did take me aback a few times (and for the same reason as you). 😉 😛

I might have to read this one. I read Beautifully Awake and really enjoyed it. But, Beautifully Done was a DNF for me, I made it until about 40%, and that was a struggle.

I really enjoyed it, Lori. Was quite fulfilling… 🙂

YAY Brenda! Let me know what you think. 🙂

“Who loves ya Doll” I do maryse to the moon and back! ( I couldn’t resist)
So I just finished and it was a really nice read! It was heart warming with lots of twists! It wasn’t mind blowing but a nice easy read! I did laugh and cried a few drops! 4stars for me so thanks Doll!

Great review Maryse! Have to add that it was the cover that drew me to this book. Also, I thought the other 2 books in the series were just as good, but book 2, Beautifully Done also had a moment I didn’t see coming that absolutely gutted me.

Thank you Cheryl! It was just so good. I need to continue with the rest of the series!

Hey Maryse! Stayed up late last night, couldn’t put it down….I absolutely loved it to pieces, a BIG 5 STARS from me, I didn’t mind the doll either, it worked for me! I laughed and cried and it seriously touched on heartbreaking issues but in a beautiful way if that makes sense and OMG that twist, I was like wait …what? I couldn’t believe it either! Amazing Read! I don’t know what to read next now, ugh I hate that lol

SOLVED!! The book duet about the woman that carries a baby for the gay couple…

Were you curious too? I posted it in the first comment: ... See MoreSee Less

"...I make my living writing romance. I prefer my heroes to remain fictional. But Gus Taylor is better than anything I could have dreamed up.

Sexy and funny and dauntingly handsome.

My little girl and I have been on our own for a long time and that’s the way I want to keep it.

But Gus Taylor makes me question everything I believe..."

I've updated my UPCOMING NEW RELEASES page all the way through March 2022 (and still adding...)

THE PACT Winslow Brothers #2 by Max Monroe is SO GOOD. But read THE BET #1 first so you get a feel for the family.

THIS SERIES (and author) is all the rage right now!! And book #3 is live (and readers are LOVING it!)

Alice: I’m at 33% and I’m thinking of telling my husband I’m too sick to go out to dinner.

Finished it last night! Amazing as usual. Love that series!!

Reading and LOVNG IT. It’s certainly not a rom/com but the wit of this author keeps me in a donkey snort laugh.

And it's on kindle unlimited too, thanks 😊

Oooh gonna start this now! Was looking a good read.

Kari Hansen Tanto I think I found our next series!