X
You are here: Home / My Book Reviews / Book Review – Addicted to You by Krista & Becca Ritchie

Addicted to You (Addicted Series)
Yep, I’m late to the game, with this one. Released last year, (with an intriguing premise to boot!) this series has since had quite a few follow-up releases, and many of my fellow readers are loving it. In fact, it would appear the further into the series this one goes, the better the books get! The last two books really wow’d ’em! So after so many awesome and adamant recommendations, you know I just had to jump in and taste-test!

Justine: you guys need to know about it! Talk about flawed romance! I am 80% through the book so far, and I only stopped because I had to get some sleep. Am LOVING it so far – highly recommend!

Dina: Have you read the “addicted to you” series yet? If not, you need to get on that. Like, pronto. New, fresh, original and absolutely swoon-worthy even through all the gritty. the writing is perfection as well.  Each book simply gets better and better. ( I liked the first book, but I fell head over tail after 1.5)

Kim: I think you should read the addicted series. It has addiction, angst, first loves, hot dominate males, soul deep love, funny lines and wonderful secondary characters which have their own books. The men are fabulous in these books and it’s a tight nit group who all have their issues. LOVED this series.

Sara: I read a lot and this was so different but in the very best way possible!

Feifei: Maryse Addicted to You is freaking AMAZEBALLS!!! Just like the title suggests, I was addicted to this book and the rest of the series!! Didn’t eat lunch and skipped dinner to read them!! GAHHHH!!! Just thinking about them gives me all these feels LOL! 😀

Right? How could I resist this long after this enthusiasm?

And I liked it. The writing was really good and the story line, fairly unique. Sure… we’ve seen this “premise” before. Troubled “new adults” that bond over their woes and attempt to “find” themselves in their new “new adult” world. But this one explored a different kind of release from the build-up of all of that damage. Both were absolute best friend since their early years. Both from very wealthy families. Er… did I say wealthy? I mean filthy stinkin’ rich! Both feel as if they’re “not enough”. Not able to live up to their expectations. And the kicker? Both are extreme addicts. She’s a sex addict, and he’s an alcoholic. Bonding over their troubled childhoods and their promise to keep each other’s secrets, and attempt to help (or at least “cover” for) each other.

I don’t talk to Lo about feelings. About how it makes him feel to watch me bring home a different guy every night. And he doesn’t ask me how it feels to watch him drown into oblivion. He stifles his judgement and I withhold mine, but our silence draws tension between us, inescapable.

Serious enablers (and nooooooooo not that way – at least not at first). 😉 She needs “it” way tooooo much, and he appears to be too preoccupied with his bourbon to notice.

…the only girlfriend Loren Hale will ever treat well is his bottle of bourbon.

But It was an absolute disaster, seeing these two spiral out of control, and only have each other to take care of the fall-out.

I don’t want to be fixed. I just want to live my life and feed my appetite.

Constantly teetering on the edge of rock bottom, both find themselves suffering the similar symptoms and consequences of their addiction. Good days of carefully metering out a “manageable dose” (of either sex or alcohol depending on the character) just to keep things under control. Just to function. Navigating the “university student normal” to absolute hedonistic indulgence of their “drug of choice” and losing themselves completely in the process.

Is this my ultimate low? I thought the pregnancy scare was the most terrifying moment of my life, but waking up in bed with two guys I don’t remember – that will haunt me. How can I be missing days?

The inability to maintain a balance. Suffering black-outs, and putting themselves in very dangerous situations, practically losing themselves in the process. “Lo” and “Lily”  seem to have no sense of self-preservation.

His addiction scares me sometimes. Alcoholism can destroy livers and kidneys, and one day, he may not wake up from a night of bingeing. But how can I tell him to stop? How can I judge him when I am nowhere near ready to let go of my crutch? So for right now, this is the best I can do.

Until others make their way into their lives, and thank goodness for them! I loved the side characters (much relief provided by the “normalcy” of these very quirky, and/or snooty people). Kind of over-the-top in their own way (you’ll see what I mean), but overall, balancing out the very dark downward spiral that this story had been taking us on.

I enjoyed it well enough (for the story and my curiosity on where it was going) but wasn’t able to connect as much as I hoped. It was a kind of a dark… wreck, and so much of it. Living with them within their addictions, the discombobulation, the panic and the resulting mayhem. Just the one-on-one (or even just them… alone) in their mental and physical chaos. I just… found it difficult to relate to them, connect to them, as potential… “me“. So for that, I ended up reading this kind of on the outside, looking in, instead of feeling it the way I love to really feel an awesome book.

Still though, I think I will be continuing the series (at least that of the sisters that seems to have everyone in a frenzy). I’ve got a good “base” of the characters and I think we continue on with the same crew, so I’ve been told I can do just that. Mind you… I also suspect I’d be doing myself a disservice, not continuing Lo’s and Lily’s story, considering how it ended. I’d feel sad to just skip passed them onto the others, since I… well. I think I’d miss them. *sigh* So yeah… maybe I did connect. 😉

Plus… Dina said she was head-over-tail for book #1.5 so… I don’t think I’ll be skipping anything yet.

P.S. Thank you to the authors for sending me a review copy (so long ago!). 😉 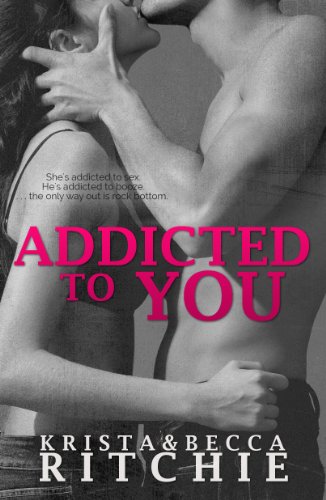 I liked the series, but by the third book of Lily & Lo, I couldn’t wait for it to be over. I was kinda like, “Okay, I get it!” I wasn’t even excited to read about Connor & Rose, but a friend convinced me. THEY ARE HILARIOUS! LOVED THEM! Then I read Hothouse Flower, and loved Ryke & Daisy too. I hope to see Lily & Lo grow a little more in the upcoming books.

I didn’t like both Lily and Lo. This was not my favorite series. I like Rose and Daisy though.

I agree with the rating. A DNF for me.

I thought I was crazy about my feelings…thanks for this review. I just finished 1 and 1.5 and Lily just gets on my damn nerves, I love Lo and even the rest of the characters, but Lily OMG. I thought for awhile I was just being insensitive to the “struggle” but now I just could not connect with her, she was so docile. I’m totally interested in Rose and Daisy though too! And I MAY give the second book a chance…may….