X
You are here: Home / My Book Reviews / Book Review – An Early Spring by Ann Lister

An Early Spring
Realizing how much I both enjoyed, agonized (and even grumbled a bit) over her rock star books (Sheet Music & For All The Right Reasons), the author sent me this book (no rock stars, but definitely “contemporary romance”). And I liked it! It didn’t put me in a tailspin, I didn’t completely lose my head (and heart) over it, however, it was a good read. I’d say, to me, it had an almost “traditional” contemporary romance feel. Old school romance? I don’t have much experience in the genre (except for the super-angsty bad-boy variety), but this one was certainly easier on my heart.

Now I’m not saying it didn’t have it’s heartbreaking moments. It ventured into some character misunderstandings and mistakes that could certainly tear a budding relationship apart. An almost too good to be true love affair, that eventually hits reality (which I LOVE in my romance reads). This explored  a few avenues of potential heartbreak, and much of it, I could connect with, because hey… that could totally happen! You could meet the perfect guy, connect in the perfect way, get over a few “stop and start” bumps in the road, and then realize (after you’ve happily lost your heart to him) that some of his decisions, might not quite fit into your value system.

How to get past something so potentially detrimental to a couple, that seemed to have it all, together?

Colby is on a company business trip/getaway ski trip that she is absolutely hating. A California native, snow is not her thing, many of her co-workers are not her thing, and especially her boss/ex-boyfriend jumping into bed with his new secretary right then and there… yeah. Not her thing. She’s… jaded.

Men sucked, she thought. All of them were at varying levels of worthlessness and simply put: they were bad fro her. Each and every one of them were lying sons of b&$ches; that is, except for Wayne. He seemed to have been the only good guy on the planet and he was take from her far too soon.

So she takes a hike (quite literally) on a snow covered trail, hurts herself in the process, and finds herself stuck there, just as bad weather hits.

Nick, a gorgeous EMT rescue worker for the ski resort comes to the rescue! And what a rescue in turns out to be.

“I wasn’t aware you could make a full-blown career out of being a ski-bum.”

“Ski-bum?” Nick repeated, hurt by her accusation. “I wish I had the time to be a ski-bum! I’m an EMT for the ski resort, occasionally using skis to get to the victims.”

Weather being as bad as it is (and her injuries not making it any easier), they can’t go to the main lodge, so they head back to her cabin together. And stay cooped up (yet cozy) for four hot and steamy days (and nights) together. Oh he tries to resist his attraction to her (it’s against the rules to frolic with the patients), but Colby is pretty insistent! Hehe. 😉

The impact of her beauty almost knocked him off balance.

Did I mention it was steamy? ‘Cause I mean more like… scorching. Sure. They had the fireplace going non-stop to keep them warm, but the detail in the steamy scenes? Yep. That kept them plenty warm ;). Or hot. Yooooou knowwww. 😉

… there was no way he was turning back now. The only thing he could do was enjoy the ride and hope to hell she didn’t kill him in the process.

And once the four days are up, and they are yanked out of their little “just-the-two-of-them” fantasy and back into reality… well.

“I think we better enjoy the time while we have it. Eventually it will stop snowing – it always does.”

That’s when things start getting a little crazier. Mistakes, misunderstandings, miscommunication, you know how it goes.

Her mistrust of men, his “player” reputation. Her somewhat jaded views. His “ski-bunny groupies”. Her heartbreaking past with the love of her life, his… past, too. The past comes back to haunt them both.

Yep… some issues to deal with, and a few that I certainly felt. Like this moment that I quoted below. I think my breath caught, here:

Just not to the extent that would make me love it. I want a certain… depth in my own character attachment. I want to see (and really feel) things through her eyes. And I was, but I suppose from the perspective that the story is told, it kept me on the outside, just a little more then I would have liked. I want to forget I’m reading, and be fooled into thinking it’s me (and enjoy an extra super-dose of fictional hurt or deep, intense love). But when it went “there”, sometimes I felt it, but mostly I thought the main character (Colby) was a little… over the top in her drama. I felt like telling her, relax and listen to him! Argh!!

But, if you’re in the mood for an easier afternoon read with a lot of steam, and some heartbreak too, (but on the lighter side of angst) then this might be just what you’re looking for!

P.S: I’ve learned to never judge a book by it’s cover (some have generic covers and are fabulous inside, and some.. well the opposite of that). And again… as per my past issues with this author’s covers, this one is pretty, nice artwork, but just didn’t give me that *oomph* and that “I gotta read this!!” feel. But to tell you the truth, the cover sort of does match the story, now that I’ve read it. That gentle feeling you get from looking at the cover… pretty much what’s inside. 😉 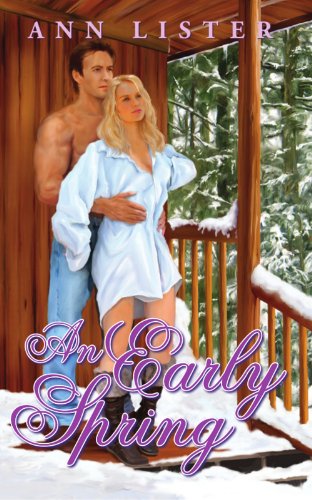 Where are her arms? 🙂

Oh… Kathy- I just got the biggest laugh out of your question. I am still cracking up!!!

I know its so silly but it really tickled my funny bone this morning.

Me too- I almost spewed coffee on my iPad. I can’t look any more. No offense to the author, it’s just the book cover is so hysterical, thanks to you, Kathy.

I didn’t even notice… heheheh now you guys are making ME giggle.