Atticus <— JUST WENT LIVE!
I do love a good ghost story, whether it be ghost-horror or ghost-romance! I’ve read a few ghost stories that were full terrifying (evil ravaging ghosts) or… ghost-loves-human-gone wrong (eeeeeep!!), or ghost-loves-human/love-conquers-all (despite the er… “physical” differences). And I’m into ALL of ’em. I was anticipating that this one was going to tickle at least one of my ghost-fancies, for sure. 😉

But to tell you the truth, since I’m a romance addict, I’m a sucker for a true ghost-love story. Trying to overcome the obvious obstacles that a romance like that would face? SO FUN!! I mean, come on… did you see that gorgeous guy on the cover? Oh yes. I was SO in before I even started. Such promise of intensity.

Candice is the new girl, trying to balance her last year in high school with her alcoholic mother’s drunken rages.

It’s borderline torture living with a mother who doesn’t remotely act like one. Lately, everything sets her off and her red-hot temper is getting worse.

Having spent her life moving from one school to the next, her goal is to stay low key (even with the bruises on her face). Despite her attempts to remain under the radar, she attracts the attention of one of the popular boys in school.

I wish I were like other, normal girls, excited to have the attention of an attractive guy. But I simply can’t have him right now—not when my life is sh!t. My head won’t allow it even though my heart doesn’t understand. I’ve never had roots and I sure as hell don’t think we’ll stick around here long enough for them to grow.

She hesitates, but they soon become friends. However she also finds herself attracted to a house. One that is rumored to be haunted, but she can’t help herself. Because when she’s inside of it, she feels calm. Safe. Almost happy and at peace.

…a sense of warmth touches my face. I turn in the direction it came from, quickly realizing it’s only the sun’s rays breaking through a cracked piece of wood above the broken window. But it’s more than that. It’s beyond soothing, as if the stress from the past twenty-four hours is being sucked out of my body. It feels amazing.

And she keeps going back,

I have a yearning in my gut to go back. It’s like an invisible rope is physically pulling on my heartstrings and on every bone and muscle and cell in my body, and I have to go.

…finally encountering exactly what it is that keeps calling her back.

The house needs me and I don’t have a choice but to do what it wants.

His name is Atticus. And he is smitten with her.

I’ll let you discover the rest. 😉

It’s YA, and while the characters are 18, it still has an overall teen “feel” to it. From the character’s inexperience and tentative interactions, the quick-crush to the internal dialogue (very teen). Even though there were some darker subject matters that I could appreciate, the writing style and story-progression had a light quality to it. Maybe a little too light, for this angst-loving reader.

I didn’t find myself becoming invested with the potential romance angle, because the story unfolded (love story, scary parts, extra characters and all) too quickly. Sure, everything had a part to round-out the story, but not enough information or time spent on much of it, for the reader to become enraptured with it. Not in-depth enough to keep me guessing, to keep me scared and on the edge of my seat, or to have me swooning. In fact, so much of the potential intrigue was too easily “given-away” to the reader.

And that’s my biggest issue. While it had a fairly strong start, with a variety of strife and sweetness and personal history, the rate at which it progressed, and how quickly it all wrapped up (at least part 1 of it) kept me from truly feeling it. Sure, good things, bad things, sad things and scary things happened. It had all sorts of things going on. But something about the characters kept me from living it, with them.

In fact, the writing style, while very “clean” (somewhat safe, despite some of the darker elements) gave me the impression of being written for a younger teen audience. Had a feel of “The House” (another YA haunted house ghost story that I enjoyed recently) mixed with a touch of “made for TV Disney” movie. Don’t get me wrong. I actually LOVE those movies, and this story would be PERFECT for a Disney Halloween movie (with the mean girls, the concerned teachers, the sweet romance, the “message” and all!)

But I need more. I need history, I need intrigue, I need angst, I need emotion, I need penetrating internal dialogue, I need her to “go there”. Take risks, and delve in deep. I want the author to keep me guessing. Maybe even trick me, and take my breath away. Turn a ghost-love story (or ghost-scary story) into an unforgettable one.

That said… this one did end on sort of a cliffhanger, so it’s obvious there’s more to come. Who knows what’s in store. 😉

P.S. Thank you to the author for sending me this review copy! 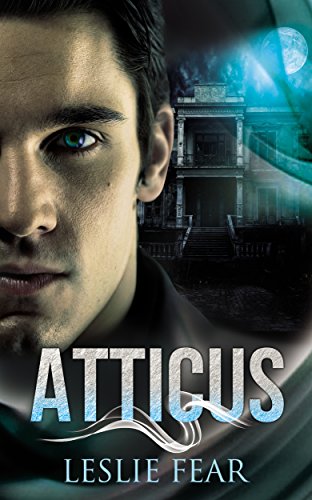