Bully: The Fall Away Series
I received a seriously adamant recommendation for this book from a fellow reader (and friend) that I feel like I’ve known for years now. A frequent commenter, an avid reader, and while I don’t specifically remember her ever freaking out over a specific book, when she went nuts over this one (and then I noticed others chiming in with their own love for it), I dropped everything and ran to it. I mean, come on y’all!! She *squeeeeed*. If it makes you squee… just sayin’. 😉

Marilyn: Okay who is on a HUGE Book Hangover with Me after reading BULLY by Penelope Douglas????  Squeeeeeee!! Maryse!!!! You really should add Bully to your TBR List. I can’t stop gushing over this book enough … Bully by Penelope Douglas >>> huge, HUGE book hangover. Sigh…

Melissa: That’s what I am reading now!! Loving it so far!!

Shannon: I LOVED that book!

Lori: Read Bully last night, and it was really sooo good! I wasn’t sure, high school – but loved it! and I hear his POV is coming soon! He was really an ass, so know I’m going to love it! lol

Kandace: I was thinking I wouldn’t enjoy it as much as I did. I have a hard time liking books when the characters are doing adult “things” while still in high school. He was such as jerk and who leaves there teenage daughter alone for half a school year. LOL! I loved it too!!

Seema: Bully was pretty good although it didn’t have me staying up all night to finish it, but I would still recommend it.

Lisa: Bully was one of my favorites.

And then shortly thereafter, I received this question and I knew I was reading the right book!

Jessica: I read a synopsis several months back, and I can’t remember the name of the book or the author. It was probably New Adult genre, and the basic story is that a girl is starting college, and she finds out that a boy that teased and bullied her in high school is also going to that college. They synopsis did seem to mention that the boy had always liked her however, so it sounded like he was going to try to win her over. Do you have any idea what it might have  been?

Why yes Jessica!! I have a feeling you’re asking about the book I’m about to review right now. 🙂 And if it’s not the same one, read this one too. It was a really good, solid read. It *did* have a sort of YA feel to it, but I still enjoyed it. There was some angst (but not over the top) and a bit of that whole “mysterious bad boy” thing, but the way it all played out worked really well for me. Nothing too out of the ordinary, and a bit predictable at times, but I still connected with the characters and remember almost every detail. Yep. A really good read that… sure… might not make you freak out or anything, but a story (and a drama) that will still have you plenty invested.

After all, what’s worse (for a teen) than a school bully? Oh I know!  How about one that used to be your absolute best friend? And a gorgeous guy, at that. Remember how Daemon deals with Katy (at first) in the Lux series? Like that. And you know me. I’m a sucker for the hateful book-hottie that wants NOTHING to do with me. I mean her. 😉 Tee hee!!

Jared walked into the kitchen, and I froze. He was exactly the person I’d hoped not to see tonight. His eyes met mine with surprise followed by immediate displeasure.

Yep. I’m totally familiar with that look. The I-can’t-stand-the-f#@king-sight-of-you-so-get-off-my-planet look.

Mr. Popular, Mr. Perfect at everything (Jared) but all out hateful to “Tate” (who used to be his absolute best friend, growing up). I was FUMING!!!!!!!!

I wanted to kick him you know where. And luckily, Tate humored me a-plenty with my “needs”. 😉

She has no idea why they “broke up” one summer when he came home a few years ago, but he’s since made it his mission to publicly humiliate Tate at every turn. Scorn and shun her. Have all of his friends shun her and get in on the rumor-spreading.

They would laugh and joke. I’d endure a few comments, and then go home and eat my weight in Swedish Fish.

She has a few friends that know the story (well at least her side), so she’s not totally alone and depressed or anything (although even that gets a little sticky

… you’ll see), but she isn’t invited, or wanted… pretty much anywhere, and Jared makes sure she knows it. And you can tell that people don’t know how to handle “their” whole thing, really. Tate’s a cool chick. Sorta. Er… well. *sideeyes Jared* if you don’t pay attention to what he says.

And well everyone does ’cause he rules the roost.

“Are you still talking?” Jake snorted, and snickers erupted around me. “Go home. No one wants your stuck-up ass here.” Jared barely spared me eye contact while he continued to deal wards. The girl on his lap giggled and leaned into him further. The crushing sensation in my chest hurt. I hate him.

UGH!!!! That whole “if he pulls your hair and pushes you in the mud, that means he likes you” thing kept running through my head, but come on. We’re dealing with 17? 18? year olds here. There is no need to “pretend” you don’t like the girl, anymore. It’s cool to “like” girls now, Jared, and your playboy status sure lets us know you’ve figured it out.

Jared did thing like this just to intimidate me. He wasn’t scary, but he was cruel. He wanted me to know he was in control. Time after time, I let the jerk force me into hiding just so I wouldn’t have to endure any embarrassment or upset. Enjoying at least one party had been my top priority all summer, and now here I was again, dreadful anticipation twisting me into knots. Why didn’t he just leave me alone?

She’s pretty. Smart. Nice. Kind of your “typical” high school girl. Has a good home life. Doesn’t go out of her way to make a public statement. She’s easy to love. And she used to be YOUR BFF!! So. What. The heck. Happened?

And therein lies the fun (or the agony) of trying to figure it out. Scenes of public humiliation, to a few seconds of “truce” (in privacy), back to meanness again. Tiny moments of a “look” (a reprieve… a glimmer of hope) back to infuriation and embarrassment. But Tate eventually grows a back bone. Starts fighting back. And learns a few things about “bullies” in the process.

This is how bullies are made I thought, …

I really liked it. Kind of even loved it. I’m not certain if it’s YA or maybe new adult. I’d say older YA ’cause they are in their last year of high school and still live with their parents. I know there are some steamy scenes so… definitely OLDER YA if it’s that. 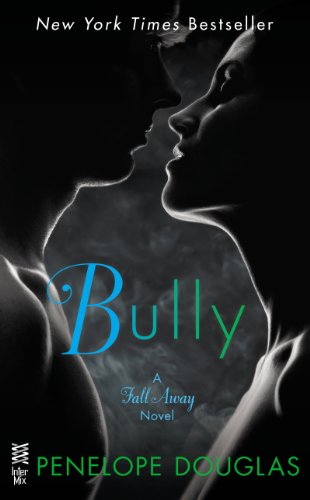 Yea!! You read it. I absolutely loved it and was lucky enough to get it for free a while back. I even did a reread!!

Thanks for the review. I read this a while back and really enjoyed it. But now after reading your review I want to read it again…so I’m going, like right now. Cheers

I read this book several weeks ago. I really did enjoy it. Jared, well I kinda have a crush on him. He *spoiler* ….but I hate the fact that so many of these books that the guys always turn to meaningless sex for everything! They are sad…sex! They feel lonely…sex! They are angry…sex! And not with the one that they care about or love…makes me want to smack some sense into them…but I did love these characters and this book.

Thank you for the review! Love all the reader recommendations, too!

I was on the fence with this one and had it listed as a “maybe” on my TBR list. After seeing so many good reviews here and elsewhere, I’m definitely going to move it up on my list!

I absolutely loved this book. The story was amazing. The flow of the book was very easy and before I knew it, I was already halfway through. I had a huge hangover after I was done. I loved the chemistry between the 2 leads and loved how the lead female didn’t work my nerves. Lol. Definitely would recommend this a hundred times over to anyone.

I loved this book,even though I had the uncontrollable urge to choke Jared for the most part.

I’ve been eyeing this one for awhile! You’ve just knocked it up higher on my curious radar! I’m reading it soon ..YAY 🙂

Bought this one a while back, but haven’t read it yet. I think I’ll be bumping it up the TBR list though.

I have read this and truly loved the angst! I wanted more from this author only to discover it is her first…I look sooo forward to more of what she brings!

Good ghing I got it when it was free :b but haven’t read it yet!

YAY!!!! Ditto on the love there! This was a great book to read coming off some really, really dark ones. Fell in completely with the characters and my bad boy loving heart couldn’t help but put Jared in the book boyfriend corner.

I Loved Loved Loved this one. It is by far one of my favorites that I have read recently. Jared was an @ss but I loved him anyway. Most of all I loved that Tate wasnt a whiner (as much as she deserved to be at times).

Hi Maryse, this is my first post here! Whoop, whoop!! I had to finally post because I absolutely LOVED this book. This will easily make it onto my top 3 for 2013!!!

I’m catching up on some of your reviews, and I saw my question mentioned in your review! That’s amazing! I love your reviews, your blog, and your interaction with your readers. Thanks so much!

Wasn’t sure actually – “Bully” sounded like some kind of high school drama – boring and this book was nothing short of boring I really liked it.
4.5 for me

This is #1 on my reading list this year, maybe the last two years!! I LOVED this book and I’m looking forward to more of her work! 🙂

I absolutely LOVE this book, but have been looking for a book similar but couldn’t find one can you recommend one please 🙂