Chasing Kings
Okay so I took an unexpected turn on the naughty-list, and chose this one above all other books. Yep. You know I was curious to see where this one would take us. I chose it, above ALL other books that I was simply dying to read. Even above one that I had been waiting on for over a year.

Samantha Hart was accidentally booked for a book convention in Vegas, on the wrong date. Reluctantly, she goes. It’s paid for, after all. She doesn’t intend on having any fun, just taking up the time required and calling it a short vacation.

Embarrassed but curious, she returns to her room and… investigates the “adult movies” available for rent. Being the “good girl” she is, she does so with a side of guilt (or guilty pleasure)… and sure enough, there was a movie that HE was in.

She wiggled her nose and glanced around the room again, then announced, “I’m going to hit the button. I’m ordering the movie. If anyone thinks this will condemn my immortal soul, they should cut off the power or something.”

So Sam ordered the movie.

Tee hee!! Ohhhh so is that how it works?

But he’s attracted to her non-fake, non-plastified, non-made-up self and seeks her out, knocking on her room door…

All his attention was distracted as he walked into the bedroom and got a glimpse of the TV.

There he was in all his birthday-suit glory… <— side note from Maryse: I’m blushing too hard to continue typing this part out. 😉

“Huh.” He put his hands in his jeans pockets and cocked his head, taking in the scene on the television, the rumpled sheets on the bed and recalling Sam’s satisfied glow in the doorway.

She stopped beside him and must have realized it was too late for her to come up with a plausible cover story.

… and asks her to “explore Vegas – no strings attached” with him.

Ethan offered her his elbow, and she hesitated, trying to determine if he was up to something. It was just an elbow. He couldn’t f&%k her with it.

Her eyes went wide when she started wondering if he could.

Tee hee!!! See why I was enjoying it so much?

And so starts the fun. Or so I thought at the time. Sure sure… plenty of cliché and all that, but still witty enough for me to stick with it with a grin.

And it started out SO well. I mean, good writing, witty, funny little thoughts that would run through her head that had me cackling and re-reading parts to my husband. Of course, he’d roll his eyes and chuckle a bit. Yep he was in “humor Maryse” mode and would assure me that he was certain it was probably very funny in context. After all, I was certainly connected, so he didn’t doubt I was laughing for a reason.

What happened was the darn ending!!!! No no… I’m not saying it ends badly (or well). I’m just saying… it just… ends. I even scrolled back  a few pages to see if I somehow skipped a chapter. Did my Kindle app just wig out? Nope. It. just. ended.

With the decent amount of detail in the first half – and even a good portion of the middle, I can’t believe we were just sort of… told “what happened” in the end vs. experiencing each of those moments. When I think back at the potential, wow… we just missed out on SO much. Oh I know the basics, but THAT was the time for detail. Through all of THAT. That would have made my reading experience and my connection to these characters SO much better. Alas, it felt like the author was just… done with it all.

Okay skip this part if you haven’t read this book yet as I analyze my issues with the book – I try to do it spoiler free, but this book was so short that I can’t guarantee you won’t get an idea of where it goes.

I’m pretty much upset at a good portion of the last half:

I know it’s short (141 pages) but I’ve read books that length or even less that felt… complete. This one had all of those touches. It did veer off into an “oh no” direction. That whole “meet someone in Vegas, get attached and realize he’s in a whole load of mob trouble” that I wasn’t sure I was in the mood for. But I went with it. I figured we’d make up for that later when it was time to leave Vegas and try being boyfriend and girlfriend. I was goodish with that “bad boy cliche”, as long as I got to experience a certain depth to the relationship. But the whole leaving Vegas (after everything they had been through together), the time apart, each of their concerns, his suddenly weird distance… what he did to be able to make it up to her. I would have LOVED experiencing all of that. Her face-palming, her sadness, her insecurities, his “texting her back”, his thought processes, all that he had to do, to get to where he decided to be…

Plus it ends at 88%!!! No wonder I was confused. The rest is a preview of another.

Alas… this one ended in a way that made me wonder if I had just read a prequel, and maybe there would be more? But I don’t think so. *sigh* well. At least it was fun for awhile. Not mind-blowing or anything, but what we’d expect for a fun romp-read. For awhile. And then…

3 stars.  Bummer. ‘Cause it had so much potential. 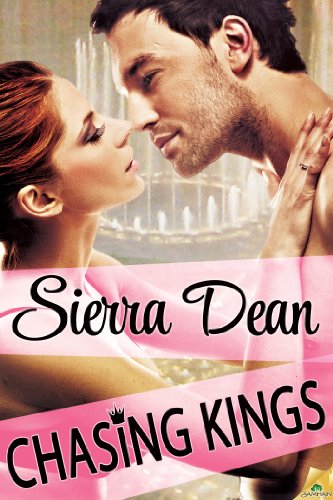 Yes I agree it does sound like ‘Stinger’. I just finished it last night. Good book and it was only 0.99 too! I have never read her books before so now I have a new author!

Yep I read it too! Loved that one.This one goes in a different direction from Stinger though.

Love your honesty, Maryse and the spoiler warnings. The line “Ok, you can come back. I’m done.” was so funny, but so helpful. Like your style 🙂 Now, if I can scroll through my Kindle bookshelves and find a bargain book you mentioned awhile back involving a girl who falls for a young guy who turns out to be a gigolo (!) 😉

Fallen From Grace: (my review) –> https://www.maryse.net/books/rock-stars-bad-boys/book-review-fallen-from-grace-by-laura-leone.html

And here’s the other one I’m thinking about: Price of a Kiss by Linda Kage <--- I bet that one's it 'cause it's the latest one I've heard about in this "theme". 😉

Uh um, I bet it’s the first one you mentioned, but ugh, I’m not positive and they both sound good. Oh, darn. Guess I’ll sample them both. Multiple 1-Clicks are sure to follow lol Thanks, Maryse and Merry (early) Christmas 🙂