Crossed Lines
<— That cover, title and blurb had my attention from the start (it looked SO promising and intriguing) and then a few in our crew jumped in and came back to me with raving reviews, and I’m so glad I jumped in too. 😀 This kind of story (and incredible writing!!!) is right up my forbiddeny alley and I one-clicked it SO hard!!!

Laura: I think you missed a newly released book by Lana Sky called Crossed Lines. Forbidden love/slow burn/ hate to love / age gap romance. It’s the first book I’ve read from the author and I finished it in one sitting.  You’ve helped me so much with your blog, I really hope you like it.

Priscilla: It was a hell of a ride reading this book!

HOLY MOLY forbiddeny alert!!! Not SO forbiddeny that it’ll freak you out too hard, but plenty forbiddeny to take you right out of your comfort zone. Okay for example… he’s her uncle. 😉 Wait wait wait!!!!! Uncle by marriage (he’s married to her mother’s sister… sooooo…) Er… right. He’s married. And he’s her guardian ’cause… oh right… did I forget to tell you she’s 17?

Wait wait wait!!!! There’s more to it, I promise. I won’t say much more than that so you can uncover the *ahem* moments on your own, but it’s subtle in its approach and actually VERY effective and to me… has a very unique and satisfying ending.

Nancy: Hi Maryse! Just finished crossed lines by Lana sky and OMG. I am SHOOKETH. I am dead. And now I have a book hangover. I need help topping that one! A book to give me the similar feels! It was poetic and oh so good. Any reccs? Taboo list maybe? 🙏🏻🙏🏻

Sharon F: I’m coming out of my reading slump and boy, did I pick a good one to read! Crossed Lines by Lana Sky is a solid 5 star read. It was angsty, had a brooding character, broken characters and was written with such feels. They weren’t all good feels either. I loved the narration and it just didn’t disappoint – reminded me of old school Megan Hart. I can only hope this gets a follow up – but really none is needed. Happy Friday everyone!

Mona: Crossed Lines by Lana Sky and Holy Moly was it good, great, awesome! After reading the synopsis, I had it in my mind it was just going to be this bratty girl the whole time so I held off on starting it. Don’t get me wrong, she can be bratty, but it goes much deeper than that! I have a book hangover!

MichelleS: Good morning! Have my coffee in hand, and mulling over my latest book. I finished Crossed Lines by Lana Sky last night. Stayed up late to finish. It was a doozie. Well written. From her POV, which was jaded and lost and biting. Didn’t predict a thing in this one. Enjoyed the ride. 5 stars for keeping my interest the whole way through. Forbidden romance. Big age gap. Loss & trauma. And only her POV, AMY!!

AND OMG IT IS SO well written.

I LOVE that it was entirely from the heroine’s POV (so I never really knew what the Hero was thinking and what his problem was – and neither did she).

Nay: Ooh, Crossed Lines is one I really want to read! And I’m so happy to hear it’s only her POV! I’ve just about stopped reading romance, and I think one of the reasons is because I’m just tired of being given all the information through both voices. If I read a romance blurb and it has the male character voicing something, I skip right over it. I don’t think this will last forever–at least I hope not–but I want to wonder right along with the h instead of the H telling me what’s going on before he even tells her.

Right there with you, Nay! I connect so much more with a story when it’s from a single POV, because I get to become the main character, stressing and guessing and feeling the whole way through.

Poor Thorny. His jaw clenches in disapproval. It’s like he’s pretending to be my father already, convinced he has the upper hand.

…I recognized the quiet strength in her (along with her sociopathic tendencies 😉 ) that she relied on to keep her fears and insecurities at bay. It’s all she had. It’s who she was. It’s what she used.

But at first… we were frustrated with her to no end!!

Nay: I decided to read Crossed Lines. I’m at 22% and hope I can adjust to the brattiness. 🤞

MichelleS: …mean girl. It’s her defense mechanism, but it was very authentic. And I never hated her for it.

Maryse: Oh SHE IS a brat isn’t she? You know who I’m envisioning? Billie Eilish and her rebellious look and nature. Perfectly. Raised in wealth and a good family and yet… totally the angry/sarcastic unapologetic opposite of who they want her to be. Er… the main character (not Billie as I have no real idea of who she is other than what I see of her in her videos and interviews – love her strength and attitude though!!)

R: Oh Billie. So talented but oh so annoying.

Nay: Maryse–I really have trouble with bratty characters. There are so many bully books that I wish I could love, but if the guy is a brat, I have no desire to read it. Unless I see him showing another side and can kind of justify in my head that the brat isn’t who he really is.

Amy: Funny…I’m at 22% exactly as well right now. I’m having trouble with the h. I can handle a sarcastic and even a mean-spirited h, but this one is just a brat. I almost stopped not long ago when she kept calling Thorny “daddy” while trying to provoke him…GAH was it annoying me. I’m hoping as I learn more about her past, her behavior will make sense. But good LAWD I hope it doesn’t take until over halfway through the book for that to happen ‘cause I don’t know if I’ll make it!

Maryse: I’m almost at **% now and I like it well enough, but not in love with the book yet. The whole first half, I was creeped out by her calling him Daddy even if it was just to antagonize him. Also a few other scenes that were just… inappropriate. There are some good and poignant revelations though…

Oh how we struggled with her.

BUT!! How she grew up, things she saw, what she was told, and her feelings of being unwanted were warranted, and it’s hard to condemn a child for being the way they are, after being brought up so alone.

Old Thorny may not be related to me by blood, but we think the same way. A lack of empathy, as one of my therapists put it. We’re cruel and callous, and we don’t give a f*ck about anyone but ourselves.

It’s the money that makes us this way. So damn much of it and all the freedom it implies, but with no way to touch a cent. We’re shackled to the whims of Grandmama, even from the grave.

I’m tolerated by a family too proud to make me a ward of the state, and Thorny is too stubborn to relinquish his grip on this crumbling estate.

And even still, knowing that there was more to her than what she initially portrayed in this story, her story, it took me forever to connect to her (and him… for that matter). I wasn’t sure I could like this book (cringey moments, infuriating moments and all), but I’m so glad I stuck with it. The second half hooked me, we were finally going somewhere…

“Of course you do.” He laughs, sounding pained. “And that’s what makes me the f**king monster.”

…and I absolutely loved the ending!!

And that’s where I’m going to end it. She’s beautiful, she’s wealthy, she’s antisocial, unapologetic, manipulative and highly intelligent and a little dangerous. Maybe even a lot dangerous. She’s an intriguing train wreck and utterly exasperating.

But most of all, she’s completely alone.

4 stars! <— I struggled with the first half (due to all my cringing, the slow pacing, and her exhausting brattiness) but the second half blossomed into her personal growth, and that ending totally DID it for me!!! 😀

P.S. This next quote is my favorite from the book, and it utterly took my breath away. BUT!!! Skip it for those that want to go in blind, since it comes in the last 20% of the book and I don’t want you to know where it’s going yet!! I just had to preserve it forever on my blog. 😉

*sigh* This was exactly right and just breathtaking:

I’m a series of puzzle pieces assembled and reassembled by him—so many times that I’ve forgotten the original image.

His version is better anyway, a fragile thing, balanced on a web of lies. It’s inevitable that she’ll fall and smash into pieces—but at least he might help put them back together this time.

And even if he doesn’t…his fingerprints are already on every shattered, jagged shard.

That could be enough. 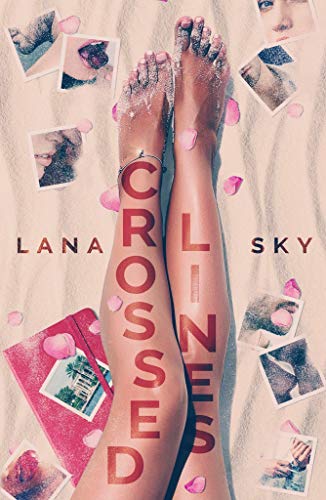 This was a 5 for me! And totally unexpected. For some reason, their characters resonated with me much after I finished reading. First read from this author too, I hope for a short story with them in the future.

I am jealous of anyone who has yet to start this book 🙂
Any smiliar books recommendations?