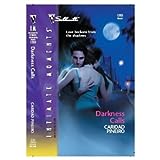 Darkness Calls (The Calling)
I purchased this entire series awhile back, and have been anxious to get started. What better time than now?

I completed book one last night, and liked it a lot. This author can sure write a love scene (whoa!). Actually, each scene is rich with description;

“…skin soft and flavored with the light sheen of sweat…”

This  book is about a 140 year old vampire named Ryder, who is mostly alone in the world except for his one caretaker (a human doctor named Melissa). She is the only one who knows his secret, and has inherited the role from family tradition (a few generations of men in her family, have all, at one time, taken on the responsibility). While there is no romantic connection between the two, they care tremendously for each other, and consider each other family.

He is a traditional vampire, requiring blood, avoiding the sun, hates garlic, and can’t see his reflection in the mirror. Surprisingly, after the slew of vampire books I have read lately, (describing the vampires with almost god-like powers), Ryder’s weaknesses hinder him somewhat. While he is swift, and recovers  quickly from damage, he isn’t necessarily the best fighter in a battle.

He might have superior strength and speed, maybe even more stamina, but she was certainly the better fighter. She recognized his weaknesses and played on them, forcing him to make moves that she not only easily countered, but punished him for with a fresh series of blows.

He doesn’t shape-shift, doesn’t “influence” humans, and I’m not quite sure if he can even read minds. While he can eat human food for “appearances” sake, he requires blood to survive, and has made a conscious decision not to feed from humans.

A serial killer is on the loose, and appears to be targeting women that frequent Ryder’s nightclub. FBI agents step in to investigate, and interrogate Ryder and his staff. Ryder finds himself taken with Special Agent in Charge, Diana Reyes. He recognizes her from dreams he has had, and she feels an instant connection too.

Diana resists her attraction to him, and half-heartedly rebuffs Ryder’s attentions.

“Ryder,” she started, her tone brusque, “I don’t appreciate you ogling me, especially if we’re going to be working together.”

“Darlin’-” he began, but she cut him off by raising her hand.

“I am not your darlin’, or sweetheart, or whatever else it is that you good ol’ Southern boys call your lady folk.”

“Well, okay then, Ms. Reyes,” he said, putting undue emphasis on the Ms. “As a man, it is unfortunately, an inherent part of my nature to notice a very attractive woman when I see one. So my apologies, for noticing you.”

Diana turned and faced him, searching for a way to counter his last statement without sounding like a total bitch, but he had effectively trapped her. “Touché, Ryder. I can see that I’m going to have to watch myself around you.”

Ryder smiled, broadly and unrepentantly. There was something about his smile that tempered her anger and started a slow curl of warmth in parts she’d rather not have warmed.

“Darlin’, that is a shame,” he said, and again she found herself jumping as he pulled imaginary strings.

“Because I was hoping you’d be busy watching me.”

She is efficient, tough and practical, and doesn’t succumb to emotion easily. Due to a terrible hurt in her past, she has built a defensive wall around her emotions. However, working in close proximity with Ryder on the case, wears down her defenses, and she finds her logical self losing to her heart. Ryder, knowing that this kind of relationship might put Diana in danger (from his instinctual vampire side) can’t stay away from her either. He tries to keep his secret guarded, but the more they connect, the closer she is to discovering who he really is.

Ryder closed his eyes and buried his face against the side of her neck as he fought a battle within himself. Her body was so soft, warm and accepting. Would she accept him so willingly if he revealed his true self? He didn’t know, but for now, she was here with him, loving him. He wanted to treasure the moment. It meant everything to him.

This book takes us on a quick ride through mystery, turmoil, self discovery, and potential love (everything one needs to be thoroughly entertained)! I’ve already started book #2, and I’m thrilled that it picks up pretty much right where book #1 left off! 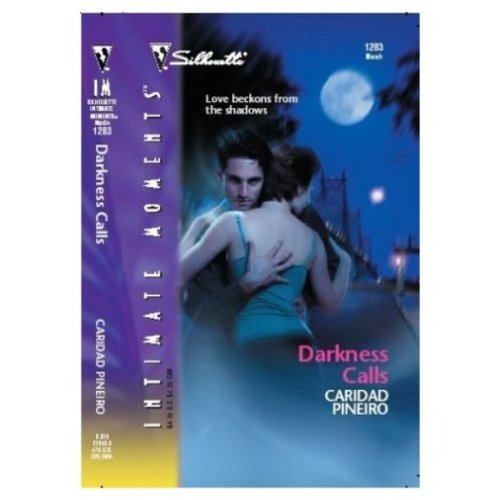 I look forward to reading this series

Caridad is really good at making you *feel* her characters. Lots of love and drama…and breakups- It’s not always necessarily a happily ever after…