Demon Can’t Help It
Well….It’s time to say goodbye to one of the most enjoyable reading experiences I have had. I can console myself with the knowledge that I can read these again, but there is nothing like the “first time” experience when reading a series that is this fulfilling, and this trilogy is full of delicious angst!

The third installation was the guiltiest of all guilty pleasures! The intimate moments so enticingly detailed, I lost myself completely to it. The scenes are thick with emotion, passion & seduction.

The third book concludes with the final best friend of the lovely female trio that first vacationed together in New Orleans (the practical, logical and cautious “Jo”), and the sexy, yet devious demon that irritated us in the 2nd installment, “Maksim” (oh yum!!)…I thought I was a vampire girl, but this one…hrmmm…

Maksim is a seductive bad boy Demon leader of the Eighth Circle of Hell (always taking advantage of his latest sexcapades – human females NOT usually his preference).

He stared at his now silent phone, looking at it as if the small device was something he’d never seen before.

What he was doing was wrong.

Then he snapped the phone shut. Of course it was wrong. He was a demon, damn it. Demons were not known for the their good deeds and mortal fortitude. He was the ruler of the Eighth Circle of Hell. Not Dudley-Do-Right.

Slipping the phone into his pocket, he smiled and headed back to the street. She’d come around. They always did. It wasn’t as if she wouldn’t enjoy herself once he got what he wanted. She’d love every minute of it.

He’d show her the best time of her life. And surely, that made up for the uncertainty she was feeling now.

So, see, in a strange way, he was doing a good deed.

He is on Earth trying to locate his missing half demon/half human sister Ellina. He has no real leads on what could have happened to her, but the last note he found from her had Vittorio’s name on it (the Lampir brother from the second book), so he is sticking around in case something pops up.

He has briefly met “Jo” a few times in the past, and finds himself disconcertingly intrigued by her (but can’t figure out why would he be interested in a mere human. It must be because she doesn’t seem the least bit interested in him. Nothing better than the chase…). As he gets to know Jo, he begins experiencing feelings that he is not familiar with (feelings of compassion, and worry). Little does he know that Jo also finds him somewhat captivating, but deceptions from her recent past leave her highly reluctant to trust anyone (even her best girlfriends) with her troubles.

Helpless. Yet another feeling that, being a demon, Maksim was not familiar with. Okay, he did feel helpless about his sister-and her disappearance. But not helpless like this.

He stared down at Jo as she pressed her face against his chest and cried like her heart was breaking. And he felt very helpless-and overwhelmed.

He tightened his arms around her, each racking shake of her slight body pulling painfully at something in his chest.

One of the scenes that absolutely made my head spin (loved it, as it was unmistakably steamy) was the bar scene when Maksim decided to stake his claim. The scene involved Jo at a bar with her friends (after a fight with Maksim), and an interested guy approaching her:

“Do you have a boyfriend?”

Maksim couldn’t  stop himself from turning on the stool to face the two of them, Now this he wanted to hear.

Technically that was true, Maksim supposed, but that didn’t  matter at the moment. Her words still made him see red.

He hooked a hand under her elbow and tugged. She slid around on the stool like the seat spun on its own. Her dark eyes snapped open wide and her lips rounded into a perfect “o’.

“The hell you don’t”

Maksim pulled her against him, she was only half on her stool and mostly leaning on him.

And he kissed her soundly.

Oh boy! There is SO much more to this scene…I was captivated, and this is one (of the many) scenes that I decided to re-read to fully enjoy the moment more than once! Intoxicating!

My favorite situations (other that the passionately intimate ones) involved the simple, pure friendship shared between two individuals that were both leery of letting themselves go. There were many of these poignant, and exquisitely realistic moments, and I have each one ear-marked to quote, but I would end up giving away too much of this wonderful story. It must be read completely to be properly appreciated.

Can their new friendship withstand a foundation of hidden truths?

This novel will lead you through a beautiful story of friendship, passion, and personal growth (and even a few scary moments – ghosts are creepy too!)  that will swell your heart, bring tears to your eyes, and have you smiling all at the same time! 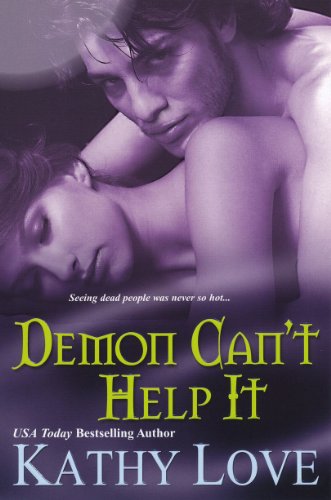