Embrace the Darkness (Guardians of Eternity Book 2)
Hrmmm. Installment #2 in the Guardians of Eternity series had me at “vampire with long silver hair” but I quickly realized I was putting it down too much to ever become fully involved with the main couple. And that was the problem. I could easily put it down. I liked it, (overall, good story!) but I was never fully consumed with it.

While I got a kick out of Viper and his non-conventional methods of “getting something out of his system”, I…I don’t know. Let’s blame it on the supermoon 😉 That, a full “over-work” week, and I was too easily distracted. Viper and Shay just didn’t manage to hold me.

Usually, if I am loving a book, nothing will keep me away. Oh sure, I stick to my daily responsibilities, but at night, something in my personal life takes a backseat… cleaning, socializing, sleeping…ok, yup – even the husband. This novel should have been right up my alley. Who knows? However, it does have many positive reviews, so there you go.

Viper met “Shay” at the end of book #1, as they struggled to fight off the witches, protect the Phoenix, and stay alive throughout the process. Shay’s blood to Viper, is like Sookie’s is to Eric. Intoxicating. Viper want-y! Badly. Shay however, is having none of it, and has a huge hatred for all things bite-y.

Shay is a “Shalott” demon, and the only one left in the world. Hunted to extinction, her own father was killed by a vampire for his very blood, and despite the obvious attraction between the two of them, Shay doesn’t trust Viper’s intentions one bit.

Unfortunately, Shay doesn’t have much say in her destiny. She is now a slave, and to her great dismay, Viper becomes her new owner. Bound by a curse to a ruthless, barbaric troll who considers himself quite the businessman, his priceless Shalott is back on the bidding block, for the next high roller. And Viper is there with cash in hand and literally purchases her. Shay can’t deny his beauty, but hates him for what he is, and even more so for daring to “own” her.

Shay’s breath caught in her throat. Not at his stunning beauty, or powerful presence, or even the flamboyant velvet cloak that shrouded his slender form.

It was the fact that she knew this vampire.

And now he was here bidding on her like she was no more than a piece of property.

Damn his rotten soul to hell.

But what Shay doesn’t realize is that Viper doesn’t need a slave of any sort. He’s got everything he needs and then some, except…her. The one female that has haunted his thoughts and dreams since he met her. And as luck would have it, she has been made available to him. Having refused him during their first encounter, Viper is not one to worry about “how” he gets her into his life. Just so long as he gets her.

She might hate his method of “procuring” her for now, but he’s enough of a ladies man to change her mind. She’ll get over it. As he lavishes her with food, comfort, clothes, and even freedoms, she waits for the other shoe to drop… for his use of her body, and worse, of her blood.

But what Shay doesn’t realize is that Viper is the least of her problems. There are some out there that continue to hunt her now that her existence has been brought to their attention, and the only one she can truly trust is the one that “owns” her.

There were quite a few funny moments, that had me laughing. Shay’s borrowing Viper’s Porsche. Her driving it was hilarious (she can’t drive), but his finding it in the garage was priceless!!

“I’m not used to driving stick.”

“So you drove into every tree and ditch you could discover?”

Her lips thinned at his sharp tone. Beautiful or not there were times when he was damn annoying.

“I’ll admit there are a few scratches and dents, hardly a wreck.”

“The drove shaft is beyond repair, the transmission is sot, the-”

“Okay, there are some problems,” she interrupted, inwardly wincing as she recalled just how many ditches and trees she managed to locate. “It’s just a car.”

“Just a car?” He blinked as if she had spoken a foreign language.

Oh and her silly little gargoyle friend, Levet. He was kinda cute – and provided some comic relief too (although he mostly just drove Viper crazy):

“Obviously we don’t know yet.”

“Is it going to take long?”

“It will take as long as it takes.”

“Are we having snacks?”

The comedy was much needed, as enemies and danger abound in this one. There are quite a few (it even got to be a little distracting at times), and all have different motives. One however, remained a mystery, and kept me guessing to the very end. I guess, overall, I wanted there to be more “Shay and Viper depth and connection” and less “Shay and Viper running for their lives”. But as we all know, there is barely any time for self-indulgent basking in the glow of new found love, when in the paranormal world. Someone’s always out to get you ;).

While the first book was emotionally and romantically overwhelming, this one, to me… not so much. Maybe it was just a case of the “it’s not you, it’s me” syndrome. Maybe the book was awesome and I just wasn’t “there”. Maybe on a better week, I’d be a “Viper” girl (I mean, come on…he was perfect). But as it stands now, I’m still Dante’s. That’s okay, cause I keep hearing they get better and better, and I’m all for continuing! 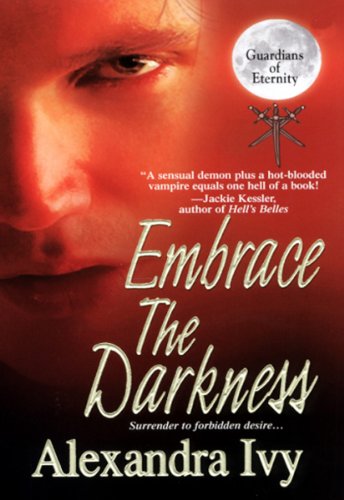 I loved the part about the car!! Can’t wait to read these, when I review I will let you know who won my heart – Dante or Viper.

I love Viper, but the love interest with Shay was not doing a thing for me. I feel I was missing something. Characters in series are so good that I can forgive the lack of passion in this one though. I will continue to look forward to any future series.