Gentlemen Prefer Succubi (The Succubus Diaries Book 1)
People…I have an announcement to make. There’s a new vampire in my life (and possibly my favorite). Yes, I know, I am fickle, but I just couldn’t choose before.  Well, this book made it easy for me 😉 Zane’s the man! He’s all bad boy, with some “good” that keeps peeping through. And those fallen angel wings of his…mmmm…yup, I’ve discovered that I especially like my paranormal men with a few “added” features. Horns, fangs, wings…it’s all good!

But wait, there’s more…the added touch that makes this series extra special. There’s another fallen angel in the mix (and he’s actually the first one I got attached to in this book). Noah, all good boy, all righteous, and beautiful like an angel should be. But fallen, nonetheless (his crime? He simply fell in love with a human female way back when…) Sidenote: That’s “Noah” on the left (see Zane at the end of this post)…

You see, in this series, that’s what makes a fallen angel (also known as a “Serim”). The chosen ones in Heaven that make the mistake of coveting a human, are simply cast out of heaven (immortal, but cursed, and without their wings). Their punishment? To be obliged to satiate their sexual needs (and that of their partner) once a month, during the full moon. Not so bad right?

But it is bad. While the fallen ones struggle to get back into heaven, their lack of wings, and falling from God’s grace has them emotionally distraught, never feeling whole, as they once were. And that is what leads some to make a (twisted) deal with the Devil. Yes, they get their wings back…(blackened), but the curse extends to needing to feed on blood regularly.

I shook my head. “So Noah’s been cast out of Heaven?”

“Him and a few thousand other guys, yeah. Gabriel and the rest that stayed behind were really angry, too, so they cursed the Serim. Since they were so hot for female flesh, they were cursed to crave it and to indulge themselves every full moon. Not so bad, you would think – but then the Archangels went and killed all their women and they were left with nothing. It’s a sad story really. Some of the Serim turned to evil as a result, and that’s why we have vampires. They wanted their wings back, no matter the cost. Lucifer was willing to give them wings, but they had to sell their souls. At least that’s the rumor. All you need to remember is that the Serim can only go out in the daytime, and the vamps can only go out at night. That’s what happens when you mess with the big guns.”

Once they have fallen to that level, they’re all bad, right? I mean, to make a deal with the Devil, there could be no turning back from that. However, Zane, the ultimate bad boy, angry, tortured, and seemingly uncaring, is essentially, still an angel, nonetheless.

He shook his head and the stubble on his chin scraped against my hand. “Why do you distrust me so much, Jackie? Why is it you trust me so little and trust Noah so much?”

“Gee I don’t know,” I said. “Could it be the fact that one of your kind attacked me in a bar and sent me down the path that I’m on right now?”

“I see.” His voice sounded sad, so unlike the urbane, devil-may-care Zane I knew. “Perhaps someday you will learn to trust me.”

And I HEART him. It’s like the author plucked him right out of my head! LOL! Wait wait!! I heart Noah too….this is really complicated (but so deliciously fun!!)

Okay so enough with the sappy mooning, and onto the story, cause you know what? The heroine (Jackie) is awesome too. Totally someone any of us can relate to. An average girl with an average life, who somehow gets mixed up in this underworld. Why exactly? I don’t know yet, but I’m sure someone “fallen”, had a plan, somewhere…

But anyway, one night, she was bitten (and almost drained) by a vampire, and then in her post-bite throes of lust, seeks out a hottie at a local bar (that just happens to be Noah, the fallen angel, only too happy to oblige).

The next thing you know, she’s rising from the dead (in a dumpster, no-less), morphing into a sex-kitten, with barely a memory of that fateful night of debauchery.

He leaned back and his hand went to his thick blonde hair, ruffling it. “Well, ah. We met at the hotel bar. You’d been there all night from the look of things and I offered to call you a cab. The next thing I knew, you were climbing into my lap. I took it as an invitation – a very nice one if I do say so.” He looked over at me, and I could have sworn his eyes had a hint of blue to them. “You can do really amazing things with your mouth.”

I spat coffee all over the table. Good lord, that didn’t sound like me at all.

She’s becoming a succubus (cause that’s what normal people do after a wild night of vampire bites and angel sex). A little bad, combined with a little good, and *poof* you get the perfect mix of both beings! Maker one (fallen angel) requires once-a-month sex to ease his hunger, maker two (fallen angel now vampire) requires daily blood to ease his hunger, and the result is a female that needs sex every two days.

So the book takes us on a wild romp of Jackie’s new life, self re-discovery, and forced partnerships that eventually evolve into relationships. She makes a crazy new best friend “Remy” (who is the only other succubus in NY), that started off as a mentor. However, she has quickly attached herself to Jackie’s hip, thrilled that she finally has someone just like her, after 400 years of being alone. Then there’s Noah, feeling guilty for having “secured” her transition into a Succubus by having sex with her right after the vamp bite (but hey, he didn’t know, and what’s a boy to do when a lusty girl climbs into his lap like that?)

So he follows through with the only thing he can do. Being one of her “masters” (or “makers”), he makes himself available to ease her into her new world, teach her about the ins and outs of succubus-ary and of course, has sex with her at her every whim (I mean, come, he at least owes her that!)

“Jackie,” he warned, his lips brushing against my palm.

“If your body needs release ” – Noah brought my fingertips to his lips – “I want to be the one you come to. Understand?”

Unfortunately, her inexperience with the “others” in the underworld, lands them all in a whole load of trouble when she makes a deal with another angel. In turn, this forces her to make yet another deal with the most evil of evil, the Queen of vampires (you’ll see how that comes about).

“I’m not working for Gabriel,” I protested, my words sounding weak.

Ashamed at the compulsion I felt to respond to her words, I dropped my gaze to the floor. “Uriel”

Her low chuckle made my skin crawl. “Just as well. He’s been fascinated with our doings for centuries. I just never thought he’d find somebody foolish enough to do his dirty work.”

Yay me for being the biggest fool in millennia.

Basically, both sides want her to retrieve the halo of one of the first fallen angels. Having that halo would allow them to take on his powers, but of course, using them for objectionable plans (neither outcome is very good). Really, she has no choice but to follow through, as they hold a few things near and dear to her over her head (why..like Noah, for instance), and the only way to get him back is to hand over the halo.

Why her, I wondered? I reasoned the obvious – it was because she made the deals, and now had to own up to them, and of course, being a succubus, she had access to both the “dark” and “light” side, but I started to panic in her place! I mean, how does one even find a halo anyway? Can a halo even be held? And how can someone who was a just mere human a few days ago find anything so important and divine?

Who knew? But it was great fun finding out! Luckily, she wasn’t alone. While Noah was no longer at her disposal (being forcibly held and all – his sacrifice simply reinforcing my crush on him), the vampire Queen was gracious enough to give her “Zane” one of her head vampires to help her on her journey (and of course, Remy, her sex-crazed best friend was in tow to make the jaunt that much more complicated).

One of my favorite moments:

“I hope you can look past my nature to see the real me someday, Jackie.” His finger traced my jaw line softly.

I kinda liked the Zane I’d seen so far, despite my first impressions. I leaned into his touch sleepily, my thoughts becoming disjointed. “You’re not like the other vampires.”

So I’m ending it there. The book’s great! It just is, and now, I want to get on with book#2. Bad stuff”s already happening again, and it was a real struggle putting it down. It’s calling me…I hear it! 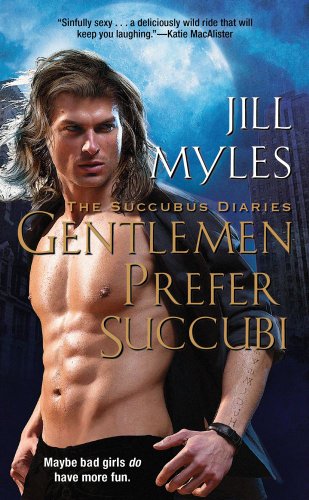 HAHAHA I love this!

“She’s becoming a succubus (cause that’s what normal people do after a wild night of vampire bites and angel sex).”

Told you Zane would go right on that Vamps we love list. He is really the new fave? What about Z? LOL

Oh right…”Z”. Yeah okay, he’s still #1, but at least I’m consistent right? Zsadist, Zane, what’s a little “Z” amongst vampire crushes? Wait I don’t even know if that makes sense at this point…lol!!