X
You are here: Home / My Book Reviews / Book Review – Her by Britney King

Her: A Psychological Thriller

Honestly? I can’t even tell if I like it, or not. I couldn’t put it down, but it drove me crazy (yes… the entire time I was devouring it, I was mad at it). It’ll take me a few days to let this one sink in. Was it over-the-top crazy ridiculous? Was it genius? Was it both?

It’s like one of those movies that you enjoyed and think you liked but kind of hated, and aren’t even sure who you could recommend it to. Your recommendation would come with lots of warnings. Mine will be, this will drive you crazy, make you mad, and you’ll need to suspend disbelief. A LOT. And yet, if you like psych-thrillers like I do, you’ll still be tearing through it to find out what the heck is going on.

I dunno. One thing for sure, the characters annoyed me big time. I think I’m still annoyed. CRAZINESS.

We were so much in their heads, and they were just a mess… I couldn’t ever really be sure who was actually controlling the show, ya know? Who is the psycho-ist of the main characters? <– Haha yes i invented that but my brain is mush, and that says exactly what I was thinking.

What was I reading? It seemed so obvious, but… did I need to read between the lines? What was I missing?

It was a new experience for me, and I felt dizzy for a while. Like most things, dizziness fades. And then, it dawns on you, the relationship you have in your mind is profoundly different from the one you actually have.

Of course, it takes precious time before you figure this out. Only by then, it’s too late.

I was being thrown from moments of warm and wise introspection and support, to utter obnoxiousness. This one was all… jealousy and jealous obsessiveness, egotistic insolence, spineless idolization, devious manipulation… and down right abusive and dangerous. On so many levels.

Up my alley? Yes. Creepy obsessive, stalker-ish type of friendship that only gets darker as it goes.

Ann Banks isn’t the kind of woman who is familiar with rejection. She’s said so herself. That’s why she’s so successful.

Convoluted? Yes. SO MUCH so (my mind was going one way, and this one was going another), and I thought I was understanding what I was reading, until something became SO MUCH clearer (and TOTALLY clever) and it made so much more sense. Eventually.

Surprised me? YES. For that reveal (not so much the first one – which was a big whammy in itself – but the second reveal) is the one that wowed me. I was impressed by how the story was relayed to us, once I started backtracking on what I had been reading.

Sadie has just been left by her husband (and she so desperately wants him to come back).

He didn’t know, not until after we were married, how tight a lid I kept on the real me and how life might look if I let it slip. Still, the weight and my appearance are not what made me lose my husband. But they certainly didn’t help.

That said, she doesn’t know how to go about it, since she’s just… “average”. She’s down on herself, insecure, and suffering from social anxieties.

My heartbeat cranks up a level. In a crisis, I’m amazing. It’s the little things I can’t manage. My husband used to tell me this all the time.

She prefers standing back and watching life go by. Everyone else’s life, especially. P.S. The reason he left is slowly revealed bit-by-bit, and so I’ll leave it at that.

I want him to see that despite whatever has happened, I can be the woman he fell in love with again. She’s still me. I’m still her.

And for some reason, she wholeheartedly befriends Sadie. Takes her under her wing… and it’s not long that Sadie is seeing Ann in a whole new light.

I nod. You will. My future happiness depends on it.

So yep. It’s crazy, creepy, and gets monstrously evil… and and I couldn’t believe the decisions (and allowances) being made, and some of the shocking reveals that I was reading.

It’s fascinating the kind of damage people can do to themselves. It sort of just sneaks up on you. You think you know how low you can go, but really, there’s always another level, another rock bottom.

Amazing life lessons. Total truths that I wholeheartedly believe in my own life – so introspective and I LOVED that. WOW. But that… mixed in with absolutely psychotic actions and thought processes, and I was – er… I mean – the “heroine” was an unfortunate bug caught in the web. Or was she? *shrug* I’ll let you uncover the rest, if you’re up to it, that is. 😉

She thinks she can migrate, start a new life elsewhere, someplace where she can be whatever she wants to be. But she’s forgetting two things: wherever you go, there you are. Also, there are people like me.

But that ending. It will haunt me. That very last line (don’t read it!!!! Not until you get there). It won’t make much sense until you get through the whole thing anyway.

3.5 stars to 4 stars <— I want to give it 4.5 stars for keeping me hooked, but 3 stars for how obnoxious and over-the-top the whole thing was. That’s the only word I can come up with right now. It was so “out there”, so crazy and unbelievable and sometimes… I hated everybody. 😉

But then again that ending… oh yes. That ending. I’m a little haunted right now. 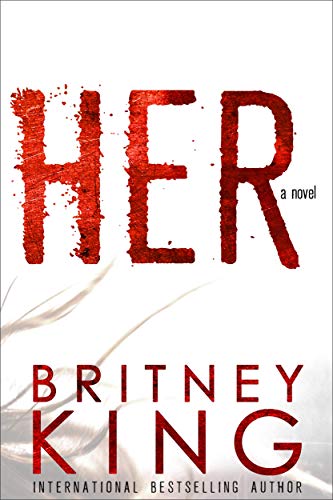 Everything you need, right here (and more will be added): https://www.maryse.net/tag/psych-thriller

I just made you another entire list (and we’ll continue adding more).

Just got done reading this book!! Very good but I’m a little confused by the ending… who is “her” in the book? I could definitely use some clarification if you would be willing to! Thanks