I Want You To Want Me (Bourbon Street Book 2)
Have you ever read a book (or series) that you enjoy so much that if, by chance, you wake up at 4am, you find yourself reaching for the book, instead of trying to get back to sleep? It’s my favorite time to read. The house is dark and silent except for the faint glow of my book-light, I’m cozy and bundled up, and it’s just me and my stories (and occasionally the faint sound of snoring, but a good nudge usually fixes that!)  It might explain why I’ve been feeling sleep deprived these days, but it’s well worth it.

I did find myself finishing this book during the wee hours, after I was supposed to be asleep for the night. Again, a very fun read, intensely romantic, but much more paranormal activity in this 2nd installment.

This story focuses on Vittorio (Ren’s younger half brother), and Maggie’s free-spirited best friend, Erika. Despite Vittorio being of a very serious nature (somewhat sullen and moody), Erika finds herself incredibly attracted to him. He is standoffish, seemingly uninterested, and even somewhat rude, but she continues to subtly pursue him.

While we find out, from Vittorio’s point of view, that he is incredibly attracted to Erika, he fears getting too close to her, as he has realized that many of the women from his past have died. Considering his unconventional relationship with his controlling, malevolent mother (and the creepy kind of “love” she feels for him), he is emotionally scarred, and fears she might be behind the deaths of his female friends.

While the angsty theme from the first book seems to have spilled over into this one (the vampire male feeling “cursed” and therefore distancing himself from a women to protect her), he does have plenty of basis to go on, in regards to his concerns.

Of course, all of this apprehension generates an air of anguish (which I personally love – I am a roller coaster fan, so emotional love roller coasters, at least in books, are just as thrilling to me as the real thing).

In this installment, not only do we deal with Vittorio’s personal demons, we get the real thing too! Demons, lampir style vampiric activity, psychics, and the devious villains are all present and important in this book. Therefore, the romantic atmosphere and unfolding “distressed” love story that was prevalent and unceasing in the first book, is on occasion, interrupted here (we are snapped out of the romantic haze, to deal with the villainous masterminding).

For those who love the action and danger, this book definitely has some fear factor action. I am a hopeless romantic, however,  it was necessary to have the danger and villains in this story (turmoil can’t always only be about feelings, or it will get boring at some point – I mean, it IS a vampire book!) What a pain in the butt their mother was (as her sons refer to her: she’s “bat-shit crazy”) Talk about the mother-in-law from hell…

Here are some of my favorite parts:

Vittorio and Erika were preparing to eat supper together, in her apartment, and Erika had just come home from a very scary ordeal. Vittorio wanted her to feel “normal” and despite his inability to truly “eat” food, he faked it for her.

He shook the food onto the plate, regarding the cooked meat warily, as if it might attack him.

He took the container and ladled out just a bit.

Erika frowned. “Are you sure you got enough?”

He eyed the small mound, knowing it was going to sit in his gut like twenty pounds of wet cement. “No, this is fine. I’m not terribly hungry.”

LOVED LOVED LOVED the scene where they discussed the songs they’ve always wanted to make love to. Considering her song choice is actually one of my favorites, this scene was really touching. I suggest, when reading this part of the book, to slow down, and hear the song in your head (or play it for real) to get the full effect…

“Very eighties,” he said, his lips just fractions of an inch from hers, then his eyes glanced off to the side briefly as if he was committing that information to memory. His hand left her face, moving to capture her hand.

“Where are we going?” she asked as she allowed herself to be pulled to her feet.

He started humming the tune of the song she just named. He sang a few lyrics, the ones about being alone with her making him feel young again. She nearly laughed at that, thinking making him young again couldn’t be too hard. But she pushed that thought aside. He wanted her and she wasn’t going to look for trouble.

Vittorio was now singing the lyrics about being alone with her making him feel whole again. He had a lovely, deep singing voice and she liked the idea that she was making him whole. She had a feeling he needed someone to help him with that.

Oh! oh! and then this one – I told you the WHOLE chapter was amazing. This book, was on a roll here:

After a few moments-or maybe many, time lost all meaning-he lifted his head from where it rested on her chest.

“I think I changed my mind,” he whispered, and she frowned at him, not following. Then a stark, sharp jolt of fear filled her. What had he changed his mind about? Her? This situation?

But she managed to sound calm as she asked, “About what?”

“About my favorite song.”

She tried not to sink into the mattress with relief, although her heart still thudded in her chest-and not just from their impassioned lovemaking.

“What is your favorite song now?”

He dropped his head back to her chest, and didn’t answer for a moment. Then he raised his head again, lightly resting his chin on her chest.

“It’s the beat of your heart.”

Oh I totally melted! There are no words….

Ya gotta read it. I am waiting patiently for the 3rd book of this trilogy to arrive in the mail. I can’t wait! 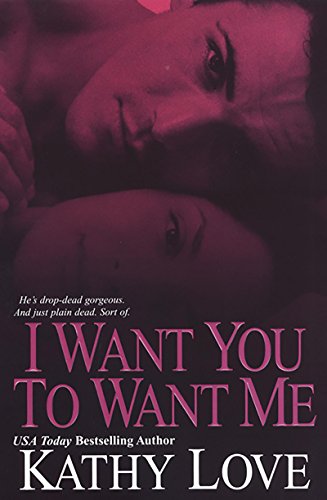 @Leanna Thanks so much for the feedback! You are so right! I DO love her books, and she IS super cool! Now I can’t wait for yours…