Killing The Sun: Part 1 (COMING OUT ON TUESDAY!!!)
MAFIA ROMANCE (DARK ROMANCE?) LOVERS!!! Guess what? I went ahead and taste-tested the first part of a new serial (a little over 100 pages) coming out in just a few days. Three parts in all, each one super-bargain priced, and not much of a wait between each installment.

I enjoyed it! I experienced a touch of thrill, as I “lived in” a relationship with a potentially dangerous man (via the newly opened eyes of his girlfriend). Sure, it ends on somewhat of a cliffhanger, but it doesn’t have that killer-edge that serials like to torture us with, so I’m feeling… comfortable. While it wasn’t necessarily unputdownable, and the ending didn’t make my jaw drop, I was still intrigued by where it was going. It’s a quick read for a little psycho-thrill reading break.

Young and innocent Aimee, brought up in a “white trash” world, moves to New York and tries to make something of herself. As she explores her new life and new city, she meets Danny, who’s twice her age, and becomes absolutely enthralled with him.

He had a gold cap on his left canine. Maybe it was tacky, but I loved it. The tooth was the very first thing that made me want to f**k him. It told me that no matter how far he’d risen, Danny came from less than desirable stock—he wasn’t always an envied business tycoon. Danny was once a scrawny, bullied Brooklyn guido who wanted nothing more than to leave Bay Ridge and prove himself to the world. I can relate to that—a past that would only let up if you erased it entirely; just struck from your repertoire. Without looking back.

Wealthy, sophisticated, but with a definite touch of “alpha male mob-guy”, yet so gentle and protective of her. To keep her safe, and to keep her near him, he gets her a great job with his huge company, passionately and incessantly woos her, showers her with affection,

…and they fall head over heels in love.

I was a really good girlfriend—that I made sure of. I’m not being self-deprecating or trying to make people feel sorry for me when I say there wasn’t much else to me. It’s just that there was never anything in my life before that felt so right to me as being his woman did. It was a role I was born for.

After years of a seemingly solid relationship, she finds out one of his many secrets (

Call me green if you want—but the way we met was magical; the way we evolved, so fluid. There was nothing that could stop us.

That’s why my whole world ended when I found out…

…and leaves him. Both of them, devastated and broken.

“I was protecting you. Stop trying to run away from something that’s bigger than you.”

“I have to learn to take care of myself!”

“This is nonsense. You’re torturing us both!”

And when he finally convinces her to come back to him (promises, promises…),

she dejectedly realizes things have changed, but not for the better. Aimee is stronger, and more assertive now. She sees things…. clearly. His secrets have changed her view of him (and of herself).

How do I have so little self-esteem that I got myself here? Why can’t I just leave him? I don’t know how to be Aimee. I only know how to be Sunshine, Danny’s pushover girlfriend.

He’s not the sweet Danny she once knew, and his usual Dom self takes on a whole new level, unsettling her (and ME!!!).

I’ll let you experience their semi-sweet past, with their creepy-scary present (as we go back and forth, both through Aimee’s eyes, and Danny’s). A lot of insight into both of their worlds and ideologies, and what’s real beyond the lies.

Being the first part of the series, we were provided a good deal of the “backstory”, given a feel for the characters including an ominous touch from the anti-hero (and definite fear on the heroine’s part). Mind you, she’s still making some bad decisions, but her thought process is actively trying to work herself out of the mess she’s in, while simultaneously trying to talk herself out of her trepidation. Which is one issue I had with the story as a whole. She’s stronger now, her internal dialogue is RIGHT ON with how a determined, independent and informed woman should be thinking, and yet, she’s like a deer in the headlights when it comes to him. Stuck. And much of her thought process, is the same, back and forth, back and forth, to the point of repetitiveness.

Which is probably why I read this without my usual “psych-thriller/dark romance” gusto. BUT!! The expected “dangerous thrill” still hasn’t officially kicked in yet (although all the pieces are officially in place). All the players are ready to play. P.S. There’s an exceptionally intriguing/mysterious one, and a really grounded, supportive and sexy new neighbor, too! 😉

Now for the game…

I will continue the series to see where this unnerving journey takes me. This might end up being a chilling love triangle, or even a love square, with one of ’em leaning hard on the psycho-scale. Anything goes!

But anyone would have fallen like I did, the moment they met him. You can’t say no to Danny. No one ever does. No one did.

3.75 stars <— This is only the beginning my friends. This was only the intro. I have a feeling this could be a wild ride!

And here it is on Amazon UK

P.S. Thank you to the authors for sending me this review copy! 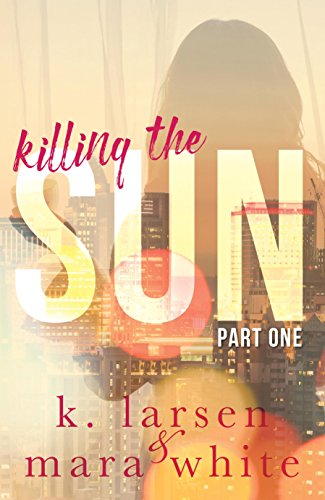