X
You are here: Home / My Book Reviews / Book Review – Mine to Lose by T.K. Rapp

Mine to Lose (Mine to Love)
Here’s another pick from my one of my latest posts “Seventeen books on my TBR List”. It was actually a new release that caught my eye with that synopsis, so it hasn’t been on my TBR list for long, but I couldn’t help but jump in ASAP. I loved the premise. It had an obvious “romantic-angst” factor right from the start, and while I haven’t read that many like it (yet), I’ve been there before with another one of my past favorites.

Maryse’s Book Blog: Okay… I chose one, but a totally different one and I’m into it! It’s off of my “Top 17 books that I want to read from my TBR list.” It kind of has a bit of that Thoughtless feel in terms of… she moves to another state to be with her fiancé, settles in and his job promotion sends him to yet another state. But her career is picking up where she’s at, and she loves it… so she doesn’t follow him. It was angsty from the start (the countdown to goodbye) and now… well. I’m thinking it’s gonna hurt.

Rachel: I’ll be watching for your review! I was really into this one for the first half, but the second half felt rushed to me. Can’t wait to read your thoughts!

Maryse’s Book Blog: Noooo oh no!! Rushed is no fun… and the first half is what I’m in (40% right now and it’s really great). Okay, I’ll continue though… it’s just too good right now.

Toski: Omg. You had me at thoughtless

Lisa: This book was amazing. A touch of angst but the characters,situations and reactions are very believable. Loved it.

Valerie: Just one clicked thanks!!!

Claire: Loved this book so much!

Catherine: I loved this book.

It’s about discovering if love really is enough, when it comes to young ambition and having to make sacrifices. Having to Adjust. Adapt. Acquiesce.

Fresh out of college and embarking on their lives together, Emogen left her family and friends to follow the love of her life “Ryan” to another state for his new job.

And while it was difficult at first, they are so in love, their future together so full of promise, that they are having the time of their lives. Making friends, both working jobs that will further them in their careers. But all of that comes to a halt when Ryan gets a “job promotion” but one that forces him to move to another state. He accepts the opportunity on the spot, which throws their stable, committed relationship into a whirlwind. Because she is not willing to leave. Leaving her life (and a job that she loves) to follow him yet again has her feeling as if they are not on equal footing. She’s done it once, already and the fact that he hasn’t even discussed this with her has her livid.

When I look at my fiancé, floored at the words that come out of his mouth, the disappointment that I feel in this moment is crushing. Of course, we rely on his income to make ends meet, but to say that he needs to leave for work makes me feel as if I don’t matter. I can’t believe we’re in the middle of planning a wedding, and we are already having a huge crisis in our relationship. What does this mean for our marriage. Maybe I’m being dramatic, but it feels like he’s bailing on me.

And therein starts the angst! She loves him more than anything, had no doubts about their future, but now everything is at stake. Her whole vision of “them” thrown for a loop. And believe me… it really is. From the arguments about the unfairness of the situation, to trying to prove a point,

The silence is palpable as we stand, staring each other down. I’m not sure which of us just won this argument, but I’m pretty sure it was neither.

to neither giving in to the other,

It would be easy for me to give in to him, but if I give in now, I’ll be giving in for the rest of my life. I’m too stubborn to stand and stop him or to even say goodbye.

to the countdown to goodbye…

I’m stopped in my tracks when I see an envelope sitting on the counter. I creep to the letter and eye it as if out has the ability to attack me. ‘Emogen,‘ is written on it, in Ryan’s handwriting, and I find it hard to bring myself to open it.

Oh yes. I was feeling the pain and excited for more!! 😉

That was just the start of it, too. A nice lead in, well-explored, with plenty of emotion, plus a mature feel to it as a whole (even if she gets pretty bratty at times). And she does. But I got where she was coming from, and I don’t know that I wouldn’t have acted out in the same way.

So I’ll leave you there, in the “countdown to goodbye” portion, ’cause the rest is yours to discover if you so choose to. I really enjoyed it.

I feel like I’m fighting for us, and he’s fighting for his career. I can’t do the fighting for both of us. This realization cuts deep inside of me, and I feel my heart physically ache.

“Then it’s just going to be hard for awhile. But we can do it, right?” I hear doubt when he voices the question and it rattles me. He’s my rock, and his doubt is pounding in my ears.

… and moments of fury (albeit milder than my past furious reading-states, but still fun while it lasted ;)).

And it did keep me guessing as to what the outcome would be. I don’t know if it was “angsty” enough for me to 5-star it, as I didn’t cry, or feel the need to run to you guys and freak-out publicly or anything. You know if I do that, I’m loving it. But it was darn close! And the writing and pacing was good. Maybe a bit rushed at a certain point (which took some of the edge off of the potential angst/fury factor).

A few many missed opportunities that could have allowed us to live the details in full “technicolor” vs. finding out about them, via the heroine’s thought processes, later. More detail, more drawn-out situations, and more heated intimacy (er… *lips sealed*) would have raised the eeeeep-factor and scorched me bad (which would have been SO goooood). Ah well. I enjoyed it plenty, anyway!

Let’s just say this was a much more even-keeled (less traumatic) variant on the “Thoughtless/Arsen” variety. You know the type. The “potential break-up/temptation/true-love that just might not be enough” kind of reads that I LOVE so much. My kind of love story. 😉 Or anti-love story. LOL! But let’s just say, that a few days later (even though they haven’t been obsessing me), I can still remember pretty much, every bit of it, so I’m going to give it: 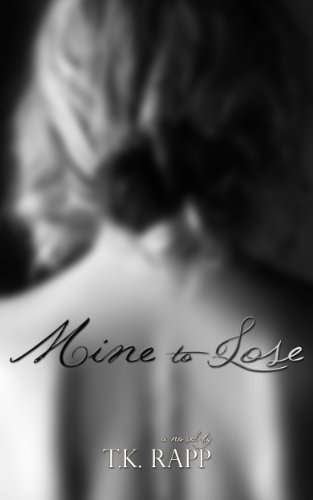 Thanks so much for posting this review.

My pleasure Lisa! Have you read it yet?

I have a question…..does the 2nd Night Owl book come out Feb 4th or Feb 11th? I’ve seen both dates posted. Any idea which date is correct? FYI- price looked kinda high….$8.99 or something. 🙁

Reading SURVIVING RAINE….WOW!!!!! WOW!!!! WOW!!!! Think I will cancel everything on my to do list today to finish up. (I’m 51 and can’t get this body to stay up past 10. Ha ha……well 11 if the book is really good). Y’all young people can stop laughing now! Lol. Anyway, thank you for the FANTASTIC recommendation!!!

Oh that is one of my all time FAVORITE books Heidi!!! I’m so glad it kept you up late. 😉 LOL!

Hi Lauren.. it looks like February 11th it will be re-released by the new publisher. 🙂 One of my favorites, too!

I don’t always comment but I do check out your reviews 🙂 When you mentioned this one on FB I bought it. Can’t wait to start! Thank you for always providing an honest review!