You are here: Home / My Book Reviews / Book Review – Only Trick by Jewel E. Ann

Only Trick
I chose this one due to my past experience (and enjoyment) of this author’s work, along with that excitingly promising premise!! He’s gay but falls for her??? *gasp!!!*. Plus, a few recommendations saying this one was right up our angsty alley.

Celeste: I read Only Trick by Jewel E. Ann the other day – I couldn’t put it down. I liked the first half better than the second – the sexual tension was off the charts, and it’s difficult to maintain that, of course, once a couple’s ‘together’, but really, you have to read this one!

Clare: Hi, can I recommend Only Trick by Jewel E. Ann? This book was on your New release list on Tuesday and the premise intrigued me. They meet, he’s intense she’s insanely attracted/annoyed and…. He’s gay! Wow, what a book, I have to say I’m knackered, I’m in the UK and been reading all day but Wow! I love it when a book just grabs you…

Niki: I started Only Trick last night and it’s really good so far!! When she describes what Trick looks like I can actually picture it…sometimes when I’m reading other books its just like ok he’s good looking…but Trick is Hot:)

Shirley: Just started Only Trick by Jewel E Ann. You guys have got to check out this author! Undeniably You is one of my favorite books ever. Holding You and Releasing Me are very, very good books also! I just love her writing. Her characters are so relatable, funny and boy can she write some men you will swoon over! Whew!

And boy, at times, was it ever angsty. Emotionally… with a touch of that KA hero-like feel. Bossy, and self assured, highly coveted, but no-nonsense. Jealous (or should I say possessive?). Commanding attention with one word… “Come.”

A potential love story with plenty of the ups and down rollercoaster feels we enjoy. Hottest, most jaded guy alive meets a physician’s assistant in the ER, and while she’s stunned at first by his hotness, he turns her off quickly with his bad (and arrogant) attitude. But there’s a reason for that.

Because Patrick “Trick” is missing a part of his memory after an accident. Coming from an iffy childhood, and knowing that he was once an addict, devolving into an unsavory and promiscuous lifestyle, he’s set on not making those mistakes again (even if he can barely remember them). He has an entourage that helps keep him steady (including his partner, that he lives with), and he’s built up quite a name for himself and his art. And some serious walls around him.

But those pesky women keep throwing themselves at him… and so, he’s become jaded.

I offered you a ride … period. So stop trying to buddy up to me. You don’t have anything I f**king want. Got it?”

And I mean at the utter jerk-face level, jaded. 😉 Which we love!! LOL! Unfortunately, that theme doesn’t last long enough for me (as they become best friends – she finally has a gay best friend!!), even though the actual book was fairly long (400 pages?).

It was good and some moments were fantastic!!!!!

…maybe seeing him with Grady will bring me out of the infatuated funk I’m in right now.”

“Sure, two hot guys touching each other … that should do it.” She winks at me.

There must be a Betty White club Nana belongs to. If she doesn’t lose her mind first, I’m certain she will die with her last comment being completely snarky.

Hilarious, heartfelt, or heart wrenching, you get it all. But there was so much buildup to a big secret (the part of his life missing from his memory) that didn’t wow me as much as I thought it would.

The part of Trick I don’t understand feels dark, and it scares me more than I could ever admit to him.

I expected it would just be bigger than that, ya know? Something explosive and twisty and jaw-dropping. It was along the lines of nightime-soap drama for sure, but I wasn’t so shocked and appalled. Instead, I eyerolled.

It did have an epilogue, but again, along the lines of sweet relief, and then… a little appalling. Something else was revealed to “come full circle” (while still leaving some unanswered holes…) but just had my eyes bugging out instead. Like… WHAT? No… seriously… WHAT??!!!!!!!! ROAR!!!!! And not in a good and excited “OMG how clever!!!” kind of way. More like… seriously? SERIOUSLY? No.

Mind you, many LOVED this book like crazy (it’s a rollercoaster at times, for sure). It was just a bit of a stretch in all regards (past and current circumstances, decisions, reveals, and reactions) that I just couldn’t connect with. But I certainly enjoyed “Trick”, as a hero. His alpha ways were alright by me. 😉 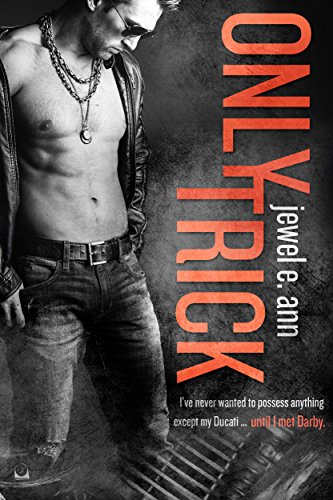 I was wondering about this one!