Red Fox (Experiment in Terror #2)
I’m DYING to get back to book #3. Eeeeep!!  It’s scary!! But wait… I’m getting ahead of myself again! I promised myself I would be a responsible book blogger and write my review for book #2 (this one – sent to me by the author and boy am I thrilled she did) before getting back to book #3. My reward would be “treating” myself to the 2nd half of book #3 ONLY when I was done, so I better get a move on.

Tee hee!! I’m kidding. You didn’t hear that right? You did? Okay, ya found me out. My absolute favorite is READING. I’d almost always rather be doing that. But, no worries. I LOVE talking about books, too, so this works out perfectly for me. And I gotta tell ya, this one is GREAT! In fact, book #1 is great… book #2 is great, but the both of ’em together in a row… FAN-FREAKIN-TASTIC!!

I was content after book #1, ya know? I knew this was a series I could totally get into after I read that one. It held my attention, had enough mystery to keep me guessing (especially about the main characters themselves), and had that “tension” that promised my heart would yearn fully. But once I finished book #2, I knew these would likely my ONLY reads this week until I was done. I don’t even want to look at anything else. This is book candy!!

The mystery, intrigue and emotional/romantic tension in book #2 gets a super boost! Tidbits and inside-peeks into Perry’s mind and Dex’s past. Her quirks, his cockiness, her insecurities, his bi-polar personality, her affection for him, his affection for her…

Yep. Therein lies Perry’s “romantic”  dilemma. Not only is she naturally reserved and not one to put herself out there (and especially not to someone as audacious as Dex), but even if she notices an occasional sweetness in his demeanor towards her, and maybe even a “look” in his eyes, Dex has a girlfriend. That he lives with. One that (publicly), he’s all too willing to show off. After all, she’s the “Wine Babe” and has been featured in Maxim magazine.

I think Jennifer got under my skin because she represented everything that I wasn’t. She was a successful host. She was tall, thin, gorgeous, and exuded this glowing sexuality that I couldn’t possibly fake in a million years. I had the feeling she was one of this types who never had ago work a day in their life and people were always bending ver just to wipe her ass. She probably sh&t gold, too.

She embodied everything I hated and everything I wasn’t – yet in the back of my mind, she was something I strived to be. How sick was that?

Perry’s self-doubt takes a real hit every time she remembers who Dex goes home to after their filming is over. They may be getting closer with each episode, their friendship deepening, a bond forming with each terrifying experience but… *sigh* See? I’m yearning.

My heart pinched in the most unexpected way. I felt so much for him at the moment, it kind of hurt. My emotions and my hormones were having a cat fight in my chest. I just wanted to walk over to that bed and…

And therein lies the reader’s exciting “sexual/romantic” tension. YAY for us!! We crave it so bad, but at the same time, experiencing the emotion and apprehension and self-doubt through Perry’s eyes, allows the reader to ache, and doubt, with her.

So while Perry’s emotional agonizing, personal growth and real-life struggles in regards to her career change are a main part of the continuing story line…

I was cautiously optimistic that not only would they let me work Tuesday to Thursday but that they would allow me to keep my promotion. That said, I didn’t end up saying a word to my boss about this whole scenario until Friday.

It didn’t go down well. I got fired.

Apparently my boss took my request as a form of ungratefulness. That wasn’t the case of course, but what else was I supposed to do? Well, I guess I could have said no to the low-paying gamble of an internet show and yes to a proper career and money. Leave it to me to do the most selfish and irresponsible thing.

… along with finding out who Dex really is, each book takes us on a new dangerous adventure, as a new episode is filmed. And this one doesn’t disappoint. The “supernaturals” in this episode are scarrrry for sure, but you wanna know who was still almost just as scary? You guessed it. Dex is still freaking. Me. Out.

He nodded, looking serious, and said, “I forgot my medication.”

His medication. Dex’s pills that kept him on an even keel. At least, that’s how I understood it. As I said earlier, all I knew was that he was bipolar or something akin to that but I had yet to really understand what that mean to him.

“I’m sure if they called your doctor they could do a transfer or something.”

Uh huh. Not only did he forget them but they seems to be ultra top-secret medication as well. Why did everything have to be so difficult with him?

He shrugged, which didn’t really assuage my fears.

Big problem. ‘Cause they’re on a long road-trip to New Mexico. Perry and Dex have been contacted by Dex’s ex-bandmate (oh right!! Did I forget to tell you!!?? Dex is/was a rock star!! Well sorta…) He was in an Indie band, and he is an AMAZING singer according to… pretty much everyone. Anyway *whoops* I’m rambling…

His ex-bandmate/”friend” (there’s some bad history there, that will be revealed) who is also attuned to ghosts contacts Dex and crew about a ranch, experiencing strange occurrences. Dead animals ripped to shreds (but not eaten), rocks being thrown at their windows all night (but with nobody actually “throwing” them), stuff like that. What the heck? The small town, being mostly Native American, is steeped in culture and beliefs. Perry and Dex need to tread lightly as they live in the house that is being targeted. And while most of the town abide by their Native American traditions, the owners of the ranch (while Native American) are also devout Christians.

Meaning… Perry and Dex have to pose as a “married” couple during their stay there. Hee hee!!! Yep!!!

He looked at me, mouth shut and taught.

I assumed he was kidding but there was always that tiny part of me who never knew what to believe. I swallowed hard and turned my attention to the landscape that was becoming more rugged and blistering as we drove on.

Out of the corner of my eye, I eventually caught Dex grinning. Of course it was a joke. I felt like this might be the longest weekend of my entire life.

Sleeping in the same bed… being affectionate… playing the “part” while they try to capture on film something that will make for another exciting episode. And lemme tell you, the danger is non-stop (sometimes exhaustingly so), but that just makes the personal bonding, in private, that much better. And, true to Dex’s character (hot and cold) he can be so heartfelt and nice, one moment, and turn into the most arrogant bastard the next.

Which only makes me love him more. Er. *exasperated sigh* There is something truly wrong with that. *shakes head* .

Look at my notes, I took, while reading this one:

Haha nothing sweet about Dex. He’s not gentle, cuddly, respectful or gallant. He gets mad, swears, yells, teases… he’s sweet to her one minute, then ignores her the next. A real “guy” (not the usual romance-novel hero). And yet… I crush.

But you know what? I’m torn. I’m kind of wrong with that note. Dex can be deep, and beyond sweet. Perfect. Just… different. But you’ll see what I mean. Especially during (and after) a certain… bar/dancing scene. *swoon* There’s a lot more to Dex that I still need to uncover. 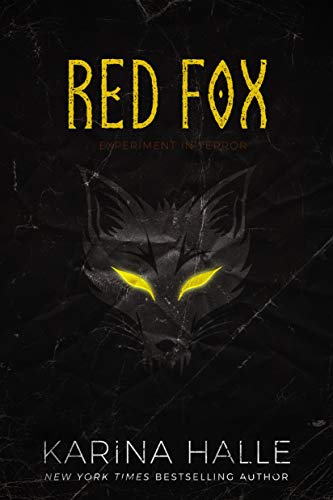 I can’t stop… just finished this book and now starting #3. Maryse, are you going to read the whole series?

Oh yesssss. I finished #3, and am DYING to start #4 tonight. But I’m wondering if I should review #3 first before jumping in to #4. Always my dilemma. LOL!!

Maryse, your reviews are too enticing! I downloaded the first one for free a while ago and haven’t started it yet, but your reviews are making me want to. However, I have bought a lot of books lately and feel like I should read some of those before I start buying this whole series too. 😉 At least they are inexpensive.

Thank you for your awesome reviews/blog/FB page. 🙂

ERGH! i just finished #1 and went to BarnesandNoble.com to buy Red Fox and for some reason they only have it in paperback. Hate it when that happens. >.<

Ok so everyone loves this series…but I’m just not into it after book one. Do I need to continue on to get the fever????