X
You are here: Home / My Book Reviews / Book Review – She Dims the Stars by Amber L. Johnson

She Dims the Stars
This author has written yet another charming, heartfelt “new adult” book with a touch of angst that we’ve come to love in our sweet-romance repertoire. It delivers that wonderful feel of a mysterious past (with the promise of a big reveal), meaningful connections (whether old or new), plenty of chuckles, and a strength in true friendship, that overcomes all obstacles.

Considering how much I loved “Puddle Jumping” (also by this author), it was already on my TBR list. But when Celeste commented HIGHLY recommending it (and she and I have VERY similar taste in books, and she’s picky, which I love!!), I knew it had to be now!

Celeste: She Dims the Stars was perfect. With this, the second book of hers I’ve read, Amber Johnson’s gone on my list of ‘Read Everything She Ever Writes’ list.

You know how when the heroine’s had a rough life and you find yourself not commiserating with her, but wanting to slap her because the telling if it is just so heavy handed and ‘wow is me?’ Well, it’s so not present in this book, and I loved it. My thoughts are still so disjointed because I just finished it, but I had to come tell you it’s a definite must read. You will not be disappointed.

Amy: She Dims the Stars (I *have* to know what the secrets are)

Maryse: Celeste really loved She Dims the Stars, and I loved this author’s past book, and Celeste is pretty picky, and we have similar taste… so maybe THAT one?

And it was pure book-sweetness and really REALLY funny at times. I just LOVED these guys!

Yet, while it may be a fun and fast read, (I was laughing out loud and reading parts to my mom), it also has its dark side, laden in hurt. In pain and feelings of abandonment, and the repercussions of depressions and lack of communication. Sometimes so dire, that all could be lost. Sure, I read most of this book with a contented smile on my face, giggling with ’em on their journey, but this feel-good friendship had something so much deeper. It had resilience. It was a bond. And one of them, no matter how together they seemed, was privately falling apart at the seams.

Audrey misses her childhood best friend, Cline, and goes to his window one night, throwing rocks to invite him to a party. But she wakes his roommate (slightly nerdy – at least in my head) “Elliot” instead and thinks… eh, why not? And invites him AND Cline.

Cline (who is, unbeknownst to him, super-comical and somewhat neurotic) resists ’cause he pretty much hates popular and free-spirited Audrey since she left him years ago, never to talk to him again. He has no idea what her problem was back then, but he felt abandoned considering the bond they had,

Did you used to be friends?”

His eyes narrow, and he shifts in the seat, never looking away from the road. “Audrey Byrd and I were best friends from the time we were four years old until we were fifteen. And then one day she morphed into a psycho bitch who thought she was better than everyone and starting treating people like shit.” He nods once. “That includes me. So, were we friends? Yes. Are we friends now? No.

…and warns Elliot not to fall for her happy-go-lucky ways. But the two college friends head out for the evening with her. And then she has a crazy idea! She wants to go on a road trip!

“…you’ve roped my roommate into driving you, like, twenty hours to go see someone who won’t even speak to you.” He bounces a little on the word ‘speak,’ pulling his fists against his chest as his voice rises. “So now it’s my business. She’s using you, dude. Just like she does with everybody else.”

So they go… (despite some resistance) as she sets out to find out more about the mom that died giving birth to her. And the journey and hilarious hijinks begin!

…he stumbles a bit and stops cold. “I’m sorry. That was a grave. I stepped on a grave. Fix it.” His eyes are huge.

I push the little cement piece back into place and do a curtsy. “Our apologies.”

“That’s not how this works!”

“We’re gonna get caught and go to jail and die.” Cline is whispering from the backseat like we’re on a stakeout.

“You can speak in a normal voice. We’re inside the car.” Audrey is pretending not to be nervous, but the waver in her voice belies her false bravado. “Also, that’s not how it works. You don’t just go to jail and die. If anything, it would be a holding cell and your mom would have to come bail you out. You’d pee in front of a few guys. Like on TV.”

Along the way, Elliot amasses great story-line material for the video game he’s working on as he gets to know (and crush on) super-friendly and cuddly Audrey,

“…are you sleeping in my bed as a friend? Is this a friend snuggle here?” I motion between us.

“Yes. Now roll over that way so I can big spoon you. It’s safer like this. Plus I can pretend I’m a jetpack while we sleep. Maybe you’ll dream about being in outer space.”

and they meet a new girl (“September”) at a campground, on one of their stops along the way, and the foursome head out together, slowly but surely building a bond that could last a lifetime. But pain and misunderstandings are lurking, and the journey proves to be so much more. For ALL of them.

“You’re going to find out that I’m not going to give up on you over something as stupid as that. Then you’re going to realize you’re worth fighting for. And I’m going to be the one to prove it to you.”

Good stuff! And while I was able to put it down (due to a slight lack of *oomph* in some parts – I’d almost call it an emotionally steady read, even when things became difficult), it still packed a great message, and the laughs, and banter alone were worth getting to know this group!

How loud and bright and chaotic she can be. How she can swallow the entire environment around her until she’s the only focal point. She could dim even the brightest of stars if she’d just get out of her head.

A great, fulfilling read and one I’d definitely recommend if you’re in the mood for depth and hard-hitting subjects but without the tear-your-heart out angst. 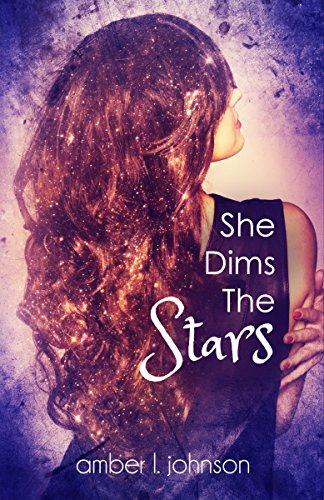 Great review! I read this book when it first came out and I had the same feelings about it. It had a really great message, especially for those that suffer from anxiety and depression. My daughter has a mild case of anxiety, so this book hit some really good points for me.

I really enjoyed your review – I love how different people take away different things from the same book. This really was a book about friendship and a romance, and I loved both parts.
I get what you mean about the angst, and that’s definitely where you and I differ; I can’t wrap my mind around how you enjoy the stomach-twisting torture of it, lol.
Thanks so much for this blog! I really do appreciate all the time you spend on it.

YAY!!! Thank you so much, guys!! I love how we can all share and appreciate different aspects of a genre or even a book.

It was a great one, for me!