Tempted (House of Night, Book 6)
Kalona (and Neferet) are gone but not necessarily for good. With the power of the “super-best-friends” circle, Zoey and the “nerd-herd” were able to banish them (and Kalona’s evil Raven Mockers) into oblivion. Or in this case, Italy.

“I knew deep in my heart, in my soul, that what had happened tonight had not been an ending or even a victory. It had been a terrible, horrible beginning.”

As the kids regroup, and plan to get their school back in order, Stevie Rae privately has a bout of good deed-ism and saves a dying being. Except that it’s a creature the group intended on being dead. Forever dead. Yup, she found one of Kalona’s badly injured but not-yet-dead Raven Mockers (a half human/half bird creature of death), and instead of putting it out of it’s misery, Stevie Rae hides it and begins nursing it back to health. To make matters worse, it was Kalona’s best (and most evil) son, Rephaim.

So as everyone returns to school, Zoey and most of her entourage head to Italy. Why would they want to be back in the clutches of evil, yet again? It appears the main vampire council has called everyone to order – you know, ’cause Kalona and Neferet are claiming to be Nyx and her consort, re-incarnated. The nerd-herd (Aphrodite’s term, not mine, but quite funny so I’m usin’ it!) plan to expose them.

Be forewarned though. Zoey and Stevie Rae are both separately (and very secretly) experiencing strange feelings for some very evil beings. Zoey is privately being visited in her dreams by Kalona, who insists she is his re-incarnated lost love (she is).

I was the reincarnation of a girl created to trap a fallen angel, and that meant deep inside my soul I couldn’t help loving him, even when I knew I shouldn’t…couldn’t…

He’s determined to show her that he was – IS – good. He wants her to save him, to take him from the clutches of Neferet’s dark evil, and bring him back to the light. But is he simply trying to fool her. Will his wooing of her sway her decisions, and possibly bring to life one of Aphrodite’s horrible visions of war?

And well, Stevie Rae’s situation was my favorite twist (a few, actually) 😉 and that part just keeps getting better.

Oh and Erik? Yes, while I was reading this story, I was still in my “how dare you diss’ Erik” rage. I’m getting over it, (it’s so obvious that I should just forget him, as he seems to have been demoted to a few unimportant lines per book). Going on and on about the unfairness of the author’s sudden change of mind, character dismissal, and the way she simply “switched it up” when it came to him, would be irrelevant.  But I will admit, the beginning of this book had me raging even worse then the one before.

In this installment, everyone’s still acting like Erik’s a jerk (rude comments about him, to his face, behind his back, I’ve never seen a group turn against one of their own so quickly…). Whatever.

With an effort, Stevie Rae didn’t roll her eyes at Erik. He was sooooo annoying. He acted like Mr. Perfect Boyfriend part of the time, and then would suddenly change up and be an arrogant jerk.

“…Erik’s behavior was controlling and boorish.”

“…Erik was a stage-five clinger.”

Oh come on, people! His girlfriend was making out with three other guys, while she was with HIM! Ok I admit, he should have kept his “dump-on” instead of taking her back after the first time…and then ultimately getting dumped by her . Ok, so maybe a bit clingy, but getting his backbone turned him into a “jerk” so he’s “damned if he do, and damned if he don’t”.

Oh and by the way, Aphrodite. I don’t believe your story. You dumped him cause he was a jealous, possessive jerk? If I remember right, you were once the possessive control freak, and quite the bitch, when it came to him (and everyone else for that matter). Your “bitch” didn’t match his “sweet”, and you may be sweet now, but you certainly weren’t, then. I thought it was quite clear for the first four books, that he dumped you. I guess I misunderstood a large part of the series 😉 Yup…I’m bein’ sarcastic.

Anyhoooo…Erik might be one less ingredient in the Zoey sandwich, but that didn’t fix the irritating over-abundant “love-interest” issue. Zoey’s still got a mini-harem. Heath, her human consort, Stark, her warrior guardian, and Kalona, her evil fallen angel.

Clearly frustrated, he ran his hand through his thick dark hair. “It’s just too much.”

He threw his arms out to the side in what looked to me like a well-practiced dramatic gesture. “All of these other guys! I have to put up with Heath because he’s your consort and just when I’m trying to get used to that, this other guy shows up – Stark.” Erik said the name with a sneer.

Acting like I hadn’t tried to say anything, he spoke over me.

“Yeah, sworn to be your Warrior. I know what that means! He’s always going to be with you.”

“Erik -” Again I tried to get a word in, but he kept blaring over me.

“So I’m going to have to put up with  him. And as if that’s not bad enough, it’s obvious there’s something going on between you and Kalona! Come on! Everyone’s seen the way the guy looks at you,” He scoffed. “Like that doesn’t remind me of Blake?”

That’s right Zoey…you and your friends might think he’s a possessive jealous boyfriend jerk, and the author tried to make him seem that way here, but let’s be real. You were making out with all of them while you were dating, well…all of them!

But that’s alright…Erik got his little jab in, which made me feel better 😉

“Hi Zoey. Didn’t see you over there. As usual, you’re surrounded by guys. Damn, it always was crowded around you.” 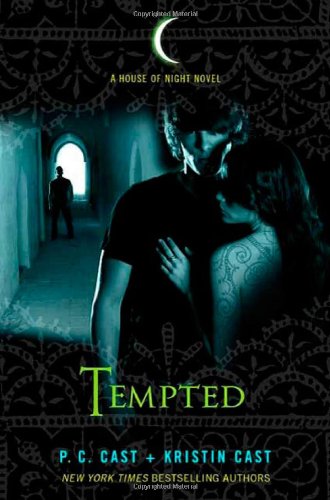 Haha Maryse, you make me laugh. Love the reviews… can’t wait until the next few. Those will be VERY interesting!

Tee hee!! I’ll admit, this one was a fun review to write. Oh and I certainly did enjoy the Stevie Rae issue in the next one 😉 Thank goodness for that storyline!!! Can’t wait to start Awakened!

Funny review and I must say, I agree. Zoey was a little, umm, “free”, with her affection, wasn’t she? Anyway, as for Awakened, all I’m gonna say is I did a little fist pump over Stevie Rae & Rephiam. Whoop! Whoop!

hehehehe… love it 😀 and ditto to jaymi 😀 hehehe

i have put my children down for naps just so i can start awakened now, but had to stop to read this review first (as i ran out of time yesterday)

😀 thanks for posting it early cos i was waiting lol 😉 jk .. sorry i couldn’t read it then