X
You are here: Home / My Book Reviews / Book Review – The Devils’ Cradle by Darcy Daniel

The Devils’ Cradle (P.S. It’s super-bargain priced today)
Such a crazy sounding SCARY blurb, and it had me one-clicking it as fast as I could go, back in April! And then it was featured in one of our “reader questions” (Reader Question – Answered! The book about the wife that ran away from her abusive husband with her child…) which brought it back in the forefront of my mind, and right to the TOP of my TBR list.

Lots of great reviews, and I was IN! This one sounded right up my psych-thriller alley. A woman escaping her abusive husband with her tiny son in tow…

When Sam was a toddler, she promised that if he ever exhibited even a hint of Michael’s vicious side, she’d have no choice but to take him and run. She might not care what happened to her, but she cared about her son and the type of man he would become. She would risk her life to prevent him growing into a monster.

…and meeting up with someone on the way, that might be helping her…. or maybe has his own vendetta. Eeeeep!

Tasha: The Devils Cradle gave me a thrill just reading the blurb!

Teri: Yayyy. I love with a capital L women running/hiding stories and since I read more romance than thriller these days I don’t get enough of them. …Extra yay….I just downloaded it and it’s a fairly long book.

The first quarter or even first third of the book had me white-knuckle clutching my iPad, in terror and dread. I was riveted. The scenes were descriptive and horrific. I found myself hyperventilating, and trying to catch my breath, panic attack after panic attack.

Her husband was an absolute monster, brainwashing their young son into hating and disrespecting his mother…

“It’s important to remind her how useless she is,” he told Sam while he watched Nina scuttle back to the stove. “But about as effective as telling a dog not to lick its butt.”

“It’s just her nature, buddy. But it never hurts to remind her of her place in the pack, right?”

…and the author spares no expense, not only letting her reader know it, but making the reader feel like they’re living his physical, emotional and mental abuse.

If it wasn’t for Sam, her chances of being alive right now were slim. Giving birth to the son Michael wanted saved her life. Not only had his birth pleased Michael, but it had given her a purpose, a reason to remain in this hell, day after day.

And don’t even get me started on his just as sick (or maybe even sicker) brother, who’s a well respected cop, of all things.

Everyone wore social masks, and he’d learnt that killing was the only time he could remove that mask and become his true self. After all, wasn’t that what people believed was the secret to happiness? To be themselves, to accept who they were and be happy with that? They were right, but unfortunately killing wasn’t something he could indulge in on a regular basis. Not if he wanted to keep his job and stay out of prison.

The ONE man that should be protecting you from monsters, is the devil incarnate, and she can’t turn to the police because of his law enforcement influence.

So utterly discouraging, disheartening and appalling.

But there’s an ex-cop in the picture (although she doesn’t know it yet) that absolutely hates this “cop”. Grieving his wife, he finds a certain piece of evidence that points to this bad-cop as perhaps having something to do with her death. And now he needs to know more… and boy does he get more than he bargain for.

And I’m leaving the “what’s it about” part at that. The blurb gives you just enough to know what you’re getting into, and I must insist on telling you that it’s graphic and no doubt, triggering for some.

From her POV, I mostly enjoyed (well… not so much enjoyed, considering the circumstances… but personally and emotionally reacted to) the story. But from the POV’s of her husband, her “cop” brother-in-law, and even the ex-cop (potential hero), my attention waned. Too often. When it came to the monsters in her life, I had a hard time believing it. These men were so far-fetched in their abuse and their mentality, that I just found the story excessive at times. Then again, I suppose anyone with serial killer tendencies would be far-fetched in reality. So… I went with it.

And when it came to the men in her life (including that of her young son), my fury, my revulsion, and my disbelief, kept me from truly connecting with the book. At almost 600 pages, I think I was just too disgusted with them, and their over-the-top ways (or just the book being over-the-top as a whole) that I found myself skimming, and wishing I could finally reach the end to see how it resolves (or IF it resolves). But not with excitement and need of an HEA. More with just the need to get this story over with so I could breathe again.

Great start but hard-to-swallow for the most part. However the ending was, for me, quite satisfying.

The time had come. 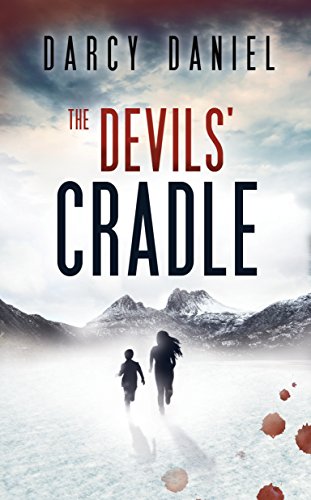 Great review! Yes, there were a lot of hard to swallow moments! Did you expect that *twist* at the end?!?!?

I did not! As “hard to swallow” as some of it was, the twists were quite good, in fact!! LOL!

LOL!!! I do enjoy twists. Especially that one.