You are here: Home / My Book Reviews / Book Review – Trespassing: A Novel by Brandi Reeds

Trespassing: A Novel
Psych-thriller alert!!! After all of my romance love lately, I needed a good rush of a different kind (the adrenaline kind!!), and I had been eyeing this one in my own library since it was released, so I jumped in!

GAH!!! THAT BLURB!!! How could I possibly resist it any longer?

Great read that had me guessing from the very start with an eerie beginning that had me sure I knew where it was going! And yet, as clues were revealed, I was imagining at least three different potential outcomes until finally… finalllllllly… it came to a head in the last quarter. And that was just enough time to clear up my mind (although, in my personal opinion, I think one of my own theories would have been more exciting). Tee hee!!! LOL!!! 😛

Veronica is married to the love of her life, Micah (an airline pilot). Living in a beautiful new home with their young daughter, she sees her pilot husband off regularly, but he always comes back to her with loving arms, adoring his family, and trying to make another baby. It’s true love, and despite Veronica’s fertility issues, he supports her every need with his love and devotion.

But their one child (Elizabella) is showing signs of something… concerning. As most children do, Bella has an imaginary friend “Nini” but acts out in ways (blaming “Nini”) for her outbursts, worrying Veronica.

I freeze, and a chill runs through my system. She did not say that the first time I asked. Micah looks up and meets my gaze. He’s wearing a look of concern.

Her own artistic mother was schizophrenic and she’s concerned that either she, or her child, will show signs of it, too, and things become even more dire when her daughter’s own artistic scribbles depict very troubling scenes.

From Micah’s lap, she reaches for me and presses a hand to each of my cheeks. “We can ’member him when he’s gone.”

All is silent, except for the sound of the neighbor’s landscaping crew blowing leaves. I’m staring into my daughter’s eyes.

My breath catches in my throat, and tears prick my eyes.

Though it’s when her daughter’s eerie drawings, and explanations for the drawings appear to come true, that really kicks this story into high gear! 😉
Nothing in Veronica’s present life is as it seems, and maybe it never has been.

My world is spinning out of control, and it’s not because I’m being irrational.

As if she hears the question in my mind, Claudette sighs. “I never wanted to tell you this—how do you make accusations like this?—but you’ve been blind, Veronica. I’ve seen the signs…”

I ABSOLUTELY LOVED the start… and the whole first half of the book. It had me on the edge of my seat and I couldn’t put it down. I was HOOKED.

A pause. Static. A whisper: “Veronica.”

I can’t identify the voice.

“Listen to your daughter.”

She is absolutely blindsided by what she discovers.

The second half, while still exciting and confusing, dragged a little bit (JUST A LITTLE BIT!!!), as our heroine’s mind was racing through all of the possibilities that had already been presented… just expanding into more confusion as more info comes to light. I think by this point, I wanted an incredible oomph to hit and shock me, but instead, it was more subtle with the creepy clues and the OH NO moments.

But trust me. I was just as confused as she was and dying to know what was going on, and overall, I really enjoyed it. I was absolutely invested in the chaos she was thrust into, although I wasn’t deliriously shocked and freaked out by it as a whole.

I wanted that delightful moment of reveal-realization when my whole body jolted from an OH MY GOD WHAAAAAAAT??!! NOOOOOO!!! FREAKING!!!! WAYYYYYY!!!!! moment.

Instead, it was more along the lines of… oh? Oh. Oh no! Okay yeah, I get it.
At least half of my theory came true. 😉 But the story as a whole was just exciting enough to overcome that slightly less-than-shocking reveal. And that very very very last part? The very end? Absolutely LOVED that!!!! A little delight to see us off.

4 stars! <— An intriguing psych-thriller with just enough twists to keep you guessing and entertained! With an almost perfect ending, to boot! 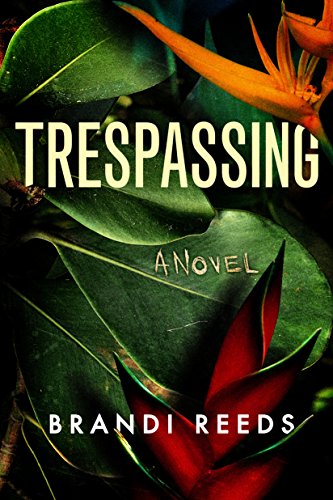