Vampire, Interrupted (Argeneau Vampires, Book 9)
This is the book that ties it all together! It answers so many questions, and resolves the mystery that has been ongoing for the last two books (along with the curious relationship between Marguerite and her late husband, Jean-Claude).

While the plot thickens and the familiar mysterious pattern of attacks continues in this novel, we re-live the events of the last few days from Marguerite’s perspective (she has apparently gone missing over the course of a week or so).

If you have read the previous books, you’ll recall that Marguerite and Tiny have travelled to Europe to investigate the identity of Christian’s mother (an “immortal” who was raised by his authoritative father, Julius, and all his life, has been told that his mother was dead). His father has always refused to provide him any further details, and has harassed past investigators into quitting the search.

Shortly after arriving in Europe, Marguerite is mugged, and then attacked during her sleep by a sword wielding villain. She is certain that someone is trying to keep her from discovering the truth, and suspects Christian’s father, Julius.

She meets with Christian and his entourage (who are all set on aiding and protecting Marguerite from further attacks). To Marguerite’s distress, Julius is also part of the group. While she cannot read him (she thinks it is because he is older and purposely blocking her out), she comes to realize, by reading his entourage, that he is not responsible for the attacks. She also finds herself immensely attracted to him, and apprehensively notices that they are both eating food (immortals often abandon food over time, and only find themselves interested in foods again once they have met a lifemate, and their senses are re-awakened).

“Have you tried to read Julius?”

Marguerite stilled in her seat, wariness creeping through her. She had, but suddenly didn’t think she wanted to admit it.

“You have, haven’t you?” Tiny asked. His eyes narrowed on her face and he guessed, “And you don’t want to admit it because you couldn’t read him.”

Marguerite blew out an irritated breath and looked away.

She stiffened, and scowled.

As she and Julius become friends, and learn to trust each other,

Pausing, Julius peered at her and said quietly, “I would never hurt you Marguerite. You have nothing to fear from me.”

She becomes close to Christian, and is appalled by the things she learns about his mother, and the circumstances of her desertion of him and his father. While we are afforded the indulgence in the beautiful discovery of two lifemates, we are also rewarded with touching moments between Marguerite and Christian (her loving and maternal nature towards Christian, and his need for a mother, and fondness for Marguerite).

To me, this is the most poignant yet heartwarming scene in the book:

Julius didn’t need any more prompting than that.  Nodding, he kissed Marguerite on the cheek and headed out of the room with his coffee.

Marguerite watched him go with a smile, then started to turn to Tiny to ask if there was anything she could do to help, but paused when she saw Christian grinning at her.

“What?” she asked, grimacing when she felt the blush riding up her cheeks.

“Does this mean you’ll be my mother?” Christian teased lightly.

Marguerite’s embarrassment fled at once, her expression becoming serious, she said slowly, “I would be more than proud to claim you as a son, Christian.”

The teasing in his expression leeched out of his face and he swallowed thickly, then nodded. “Thank you, Marguerite.”

This book has many facets. Relationships, and revelations that build into an intense climactic resolution of Marguerite’s horrific past with Jean Claude, and her potential life to come with a new lifemate. While she may have to let go of her fears to advance in her future, she will also need to accept her past to appreciate what it has given her today. 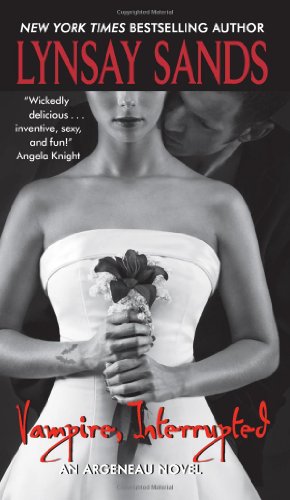