Rock Star’s Girl (A Hollywood Dating Story Book 1)
Another amazing deal!!! A bargain priced e-book find that literally rocked my world. Okay, granted. Not “rocked my world” as in what’s on my latest “favorites” list, but it rocked me nonetheless. Definitely worth the read. Fun, tumultuous and shocking (oh yes! There’s even an “it’s not you, it’s me” moment… or two). I was aghast!! Offended!! Flabbergasted. Heartbroken… and as a reader… excited to be all of those things!

I started this one late in the evening, and realized at 4:30am that, for “normalcy’s sake” I should probably go to sleep. Even though I was 80% done, and wasn’t in the least bit tired, I realized it would be past 5am when I’d hit “the end”. After all… I’m passed staying up all night and sleeping all day, right? (Yeah, sure). Hehe. Cause I’m all responsible like that 😉 Darn. I kind of am a bit too responsible, cause… I turned it off!! Can you imagine, almost to the end, and my stupid “being responsible” kicked in?!!

TWO rock stars, a love triangle, and a “blogger” (Emily Watts) desperately stuck between the two. *hrmph* What’s she complaining about?!

“Get out of your head, Em. Enjoy life here in the moment.”

I’m trying to, she thought, but didn’t tell him that he wasn’t helping.

Both rock stars are undeniably gorgeous, both bad-boy players, one an up and comer, Jesse Cinder (her best friend, who she’s been pining for, for years) and one (Cory Sampson) who’s pretty much number one on the charts right now, and just had his heart publicly broken. Until he spots her in a bar, one night, while she’s watching (and aching for) Jesse on stage.

She doesn’t have a clue who this famous “Cory” is, but he’s gorgeous, and cool as a cucumber, and weasels his way into her stand-offish demeanor.

She released the straw from her lips. “Are you used to girls looking impressed when you tell them what band you’re in?” she asked.

“I’m actually used to girls knowing what band I’m in before they meet me.” For a split second, he looked the slightest bit sheepish.

Limelight, ready or not… here she comes. ‘Cause at first it’s all fun and flattery…

“I head through the grapevine or about a million texts to my phone that you had a hot date last night.” She waited for his reaction.

To her surprise, he laughed. “I’m glad you’re okay with that, and not freaked out by it. You aren’t right?”

No, but I can’t say the same for my best friend, she thought, deciding against telling him Shelby’s concerns. “It’s cool,” she answered. “I had a really good time last night, even if some of it was shared with the world.”

… but the paparazzi and the “other gossip bloggers” quickly take her life for a spin. The poor girl. She can’t win for losing! Sure, she seems to have the life… having the attentions of the latest rock star “it-boy”, her blog suddenly taking a terrific upturn along with her new found “rock star’s girl fame”. But soon her public life takes on a life of it’s own, and it quickly starts spiraling out of control.

And who can she believe, anyway? Apparently everyone’s got their own (albeit highly influenced) opinions, but considering what some are saying about her, what can she believe about them? I connected to the heroine fully,  but at certain point in her “rock star loving life” I wondered if she was taking *some* things a little too smoothly. I think I might have been a bit more of a basket case.

Oh. My only complaint (and not that it is much of one) but… I was wondering when she was… they were… you know. Finally gonna… *do it*.

Then I realized. Oh. They probably did. Lotsa times. It’s just up to us to “fit it in the story somewhere”. I mean, there’s romance, passion and intense crush worthy feelings. Just… nothing that ever gets described in detail. Or for that matter…. never even hinted at. Ah well, the feelings are intense enough to pretty much hold the love story part, together.

Loved this book! Enjoyed the ending well enough, although I wish… well. I won’t say. But you’ll know what I wished when you get there, cause while the ending was appropriate, and I still had a smile on my face as I turned off my iPad, I still had my own… hopes for this one. Regardless, it’s a fun piece of chick lit, and if you’re into that kind of stuff, take this one for a spin. 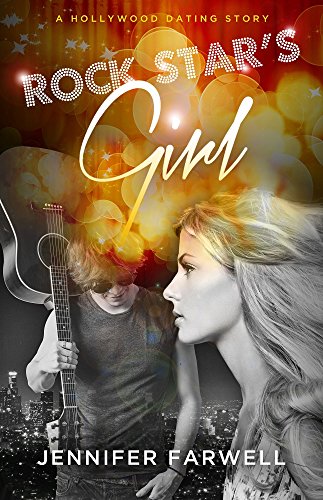 I just got done reading this ……….ditto. NO hot flashes with this one but I still enjoyed it a lot. I actually think I can share this one with my daughter ( the one who actually reads directions) thanks again……plus it is only .99 cents

Guess what this book is currently free right now on amazon…

Thank you for that heads-up Patricia!