Rockstar
Cover aside… (I wish these authors would choose more “rock star” looking models for these kinds of books) but anyway, it was good. VERY good. Actually, another one of my favorite short stories, that I read many months ago, when I first started my “rock star” book obsession. It had just enough of everything to make me connect to the characters and live their drama with them (even if it was just for a short time). There was even a certain point in the book, that had me thinking, wow, what a perfect ending to a “short”, and then I realized there was more! I was thrilled.

So the story goes like this. An ambitious female reporter (Summer) works for a somewhat risqué magazine (Stripped) and sets her sights on a certain rock star (Anthony Phoenix) that she’s been assigned to interview. She’s unrelenting and indifferent to the star egos she’s accustomed to working with. They don’t intimidate her. She quickly realizes that she has her work cut out for her with this particular artist.

“Okay. Let’s do honest.” His words were curt and she couldn’t had said for sure what she saw etched in his face. He was a master at masking his emotions, but she saw something. A flicker of anger maybe. A glimmer of despair. “Why me?”

“Because they say you can’t be had.”

“So you think if you get me it’ll make you some big-shot reporter?” It was anger she saw this time and there was no mistaking it.

“You symbolize everything we offer. Intrigue, desire… sex. You’ve got what every woman wants and we want to give it to them.”

“You make me sound like a dirty novel when in reality I’m just another guy.”

He’s having none of it. He’s not about all the hype that goes in the kind of trash interviews she’s looking for, and he has no care to impress her whatsoever. Especially the angle she wants to work.

And as they debate the need for the interview, they feel a spark that unsettles them both, but choose to ignore that “feeling”. But of course! There’s always gotta be tension in the books I love, and there was plenty of it here.

She decides to meet him again before his concert (in a private VIP booth), and their little game continues. She’s feeling something for him big time, now, but she doesn’t let it show. The games must go on, and she has to get this interview.

“I’ve never seen anyone turn him down like that.” Jenny crossed her arms over her chest as they turned to the stage.

Summer shook her head. “Men like him need to learn they can’t always get what they want.”

“He always gets what he wants.”

Sidenote: The main part of this scene between Summer and Anthony made me roll my eyes a bit (I didn’t “buy” her resistance) and their arrogant banter was a bit much for my liking… but the book picks right up from here, and doesn’t let up. To me, the story gets much better from here.

Like…. right after the show, backstage. *woooooooo* his reaction when he sees her still standing there, waiting for him *blush*

Yup. From here on out, it may be a “short” book, but the tension, sexual energy, emotion and the mistakes that happen are pure excitement!! Mistakes? Oh yes… a few mistakes actually. One he makes (grrrrrrr!!!) that felt like a punch to the gut, and another one that had me gasping, and wondering how… how can this possibly be fixed?

Great little short, for a lazy (yet fun) afternoon read. Now if only she’d give us a full length part two… 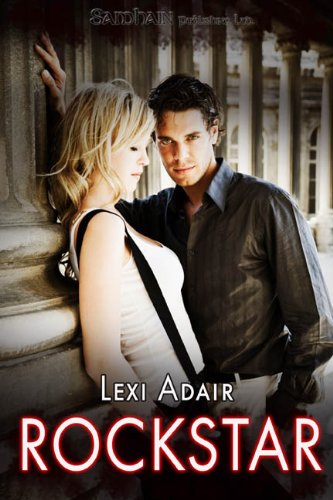