Strangers: Ellora’s Cave
This was good!! Really good. Buuttt… I was able to put it down and go to sleep without dreaming about them. For the most part, I didn’t get to “live” them. Though this certainly all changed with the last quarter. WOW! I totally became one with the book at that point. I could feel everything and it was a whirlwind of a hot mess! So while I enjoyed it in it’s entirety, the beginning and the end were what truly got me (the middle… left me irritated).

So this is what it’s about:

Kate gets dumped by her fiancee (just wait until you get to that crazy jerk’s story) and is so devastated by the circumstances that she decides to end it all by swimming out to sea.

Charlie (a famous rock star turned actor) keeps getting into more and more trouble with substance abuse, and his womanizing ways, and he’s become seriously jaded. Hurtful, even. Fame has gone to his head and he’s practically self-destructing. He’s done something that could pretty much land him in jail, his agent dumps him, and so, he decides to end it all by swimming out to sea.

You see where this is going right? Yup! They bump into each other at the darkest moments of their lives, freezing, exhausted, sort of drowning, scared, yet still feeling so hopeless.

Bloody hell, what were the chances of them picking the same spot to disappear? All that water abd they ended up in the same place?

But as they listen and console each other, they second guess their decision and swim back.

Kate wondered what she was doing, struggling to stay afloat when the whole point of today had been to sink. Perhaps she didn’t want this as much as she thought. Maybe she was already dead and being punished for killing herself, doomed to a perpetual struggle in a wild sea with a gorgeous but aggravatibf man.

“Are you and angel?” she blurted.

They “save” each other. And they hole up together in Kate’s apartment for an entire week, avoiding the real world, indulging in only each other.

“We’re both feeling sorry for ourselves. No one wants me and too many people want you,” she said.

“Sounds like I could solve part of that. I want you,” he whispered.

I LOVED this time together. They become so close, so quickly, so intensely. Dark confessions, breakdowns, silly moments and full-on belly laughs, very intimate connections, and some serious bonding.

“You’re like a plant that hasn’t been watered and then there’s a deluge. You’re coming back to life.”

So yes, this book is as good as it sounds. Mostly.

I think my problem was that, I was expecting more of the “usual” type of drama that goes along with famous people dating people not in the industry. The jealous spats, the paparazzi, the insecurities. You know, more of the shiny “famous life” stuff, with lots of misunderstandings, and maybe even a dark reveal or two. And while it was there (a vindictive agent, a conniving actress intent on getting her man, the main “star” trying to hide his new girlfriend from the public) this book was mostly about two very troubled people with strange and dark pasts. And some strange friends. And REALLY strange family members.

Overall, while I enjoyed the main couple, and believed their concerns for one another, the other characters, just felt unreal. Even the friends felt “off”. The conversations, the arguments, a bit… stilted. Everyone had this weird, cold and distant, kind of cardboard-ish feel to ’em. It’s no wonder the main characters clung to each other as they did. There was just too much miscellaneous crazy stuff, too many things to deal with in short spurts. No real depth to much of it, except for the depth between the two main characters. At least there was that!

The rest of it felt almost as if everyone was the enemy, from the past all the way to the present. Did nobody truly care about either of these two?!!

And I mean really sad and scary stuff that pretty much ruined both of their lives in weird ways. Their past was bad enough. Made them self-destructive. Turned them almost immediately into a co-dependent couple. But now, their present was almost just as absurd!

Also, some of the choices they made “for the good of the other” were a bit outrageous. They barely knew each other, had their own serious problems, and yet, they’d convince the other to face stuff, deal with stuff that, in my mind, could only make things worse. Pretty much forcing each other to face things that… I dunno. Maybe just shouldn’t be faced? I mean come on. A little therapy before you just throw each other to the sharks like that, right? Maybe?

Luckily though, the author allows us to indulge fully in the romance part of the main two characters and that we mostly get only their story. That is what made this a “pretty good book”. THEY were reeeeeealllly into each other. Steamy stuff, but also heartwarming and sigh-inducing. Oh! That is until Charlie had a deeply dark moment and turned into an absolute loathsome creature. A few times actually.

“Grrrrrrr! The book just hit a seriously ugly dark side. What is up with these kinds of shocking moments I’ve been hitting in many of these books lately. I miss Brian… A safe bad-boy…

… I’ve not completely fallen for the hero in this one either. He has a pretty dark ugly moment himself… BUT he has given me the urge to cry a few times.”

So no. I never fell for Charlie, as I would have liked to. His heart is huge, and he was almost so crush-worthy, but when his dark side took over… just ick!

How could he change so suddenly? From a bird with a broken wing to the boy doing the breaking.

And Charlie’s moods weren’t the only bumps in this romantic road. As in all romance novels, when the romance starts getting really deep, there’s gotta be a few monkey wrenches thrown into the mix. And in this one, they just keep coming. Like I said, a lot of it… over-the-top outlandish, but the overall effect and reactions were sure exciting to stress over! Especially towards the end. 😉

I almost loved it! 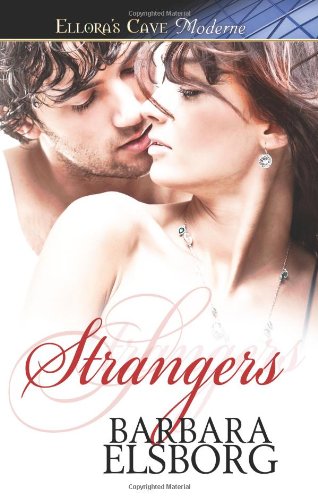 Lol that’s one funny review I’ve become a new follower I figure if your other reviews are like this one you’ll keep me pretty entertained.

Started reading Strangers two days ago and I agree with your review. It is like a roller coaster…..I like it then I dont then I like it again. Lots and Lots of “fun” but nothing like Cat and Bones or Brian!!

I will finish it and let u know 😉

Have a good Thanksgiving.

i felt the same way, started great, drove me crazy in the middle and then a good finish, overall a good book:)

I would have loved to hear your opinion about Kate, the heroine. She has her strong moments for most of the book, but her biggest weakness is Charlie.

Also, is it just me or does Charlie and Kate seem older than their years? Perhaps they’ve been through enough to have them act older? I have no idea…

Love the crude, no nonsense English authors. They have no censorship! LOVE IT!