X
You are here: Home / Archives for sci-fi

YA/OLDER YA or NEW ADULT DYSTOPIAN ALERT!! Or… is this reverse harem? 😉 Here’s one that has been circulating on the internet and Bec brings it to us in case we might know it. 🙂

Can u please help with this book. Someone posted this a few days ago in another group and so far noone knows… but now I really want to find this and read it!

This is copied from another group (with OP’s permission). Does anyone know what book this is??? read more 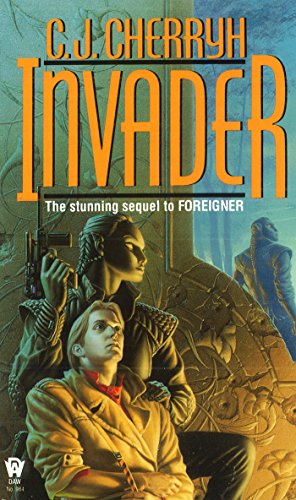 OMG this series is HUGE!!! 15 books, and my sister is going crazy for it! She’s review the first two books right here on the blog, but quickly… she describes it this way:

Johanne: It is sci-fi and very political (it’s about two species – humans that arrive on a planet that’s already colonized) and so interesting, but there is romance and I can’t wait for it to happppppeeennnn!!!!

The groundbreaking novel that launched Cherryh’s eponymous space opera series of first contact and its consequences…
It had been nearly five centuries since the starship Phoenix, lost in space and desperately searching for the nearest G5 star, had encountered the planet of the atevi. On this alien world, law was kept by the use of registered assassination, alliances were defined by individual loyalties not geographical borders, and war became inevitable once humans and one faction of atevi established a working relationship. It was a war that humans had no chance of winning on this planet so many light-years from home.
Now, nearly two hundred years after that conflict, humanity has traded its advanced technology for peace and an island refuge that no atevi will ever visit. Then the sole human the treaty allows into atevi society is marked for an assassin’s bullet. THe work of an isolated lunatic? The interests of a particular faction? Or the consequence of one human’s fondness for a species which has fourteen words for betrayal and not a single word for love? read more